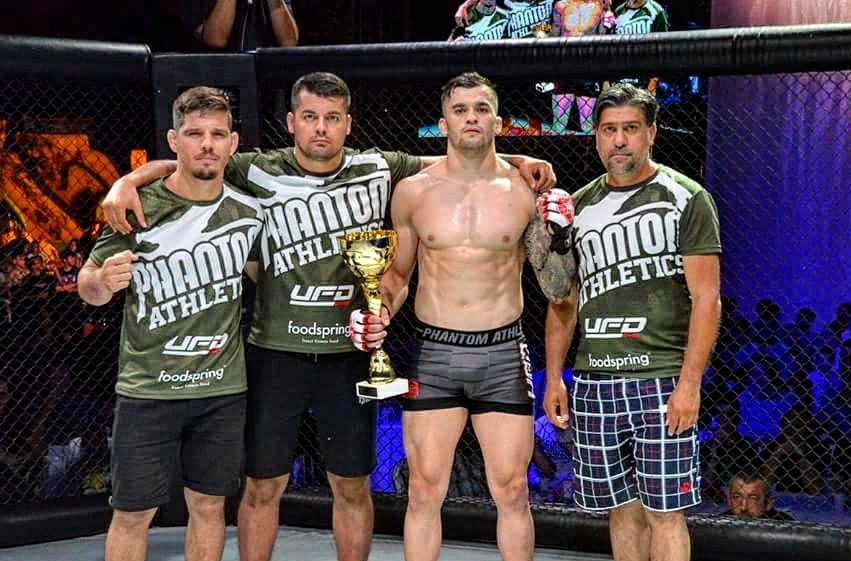 Roberto Soldic Discusses His ONE Championship Debut Against Murad Ramazanov

ONE on Prime Video 5: De Ridder vs. Malykhin is set to shake up the scene with an electric card live from Manila on Friday, December 2.

Part of the spectacle’s hype surrounds the ONE Championship debut of Roberto Soldic, who faces off against unbeaten Russian star Murad Ramazanov in a welterweight MMA battle.

The clash could send the winner to a world-title tilt with newly crowned divisional king Christian Lee, and the chase for gold is one reason Soldic signed on the dotted line with ONE.

After a furious flurry of offers from every major promotion, Soldic made a splash by joining the Singaporean-based promotion, and he says the flexibility to chase greatness was another key factor in making that decision.

“Many offers came after the KSW contract. UFC offered me, too. They wanted me, then ONE Championship, then KSW gave me more money, everything. Then I flew to Singapore and then I saw something different. Good energy and how they respect the guys and they care about fighters,” Soldic said.

“Then Mr. Chatri [Sityodtong] flew to Zagreb, he made the press conference. We had a very good talk, offers and everything, and I cannot say no because the contract was very good for me. And they say that I can do every combat sport, so like kickboxing, Muay Thai, what I also wish to do, but I focus now on MMA.”

Defeating Ramazanov will be the first big step toward the lofty goals the Croatian has.

The building blocks to be remembered as a legend weighs heavy on “Robocop,” who wants to create something special that has never been seen before in mixed martial arts.

“Everybody was surprised that I went to ONE because they expected that I would go to UFC, but I just want to be something different. I want to create my own legacy. I have many guys here who were in the UFC, ex-UFC fighters, and they said I did the best thing because ONE Championship is growing very fast, and they come to Europe now and America now with Amazon also. It’s a big thing. This is now a world stage for me. It’s also something new for me that also motivates me for training,” said the former two-division KSW champion.

Soldic’s debut will be far from a ceremonial foregone conclusion. In Ramazanov, ONE has thrown the hotly tipped prospect into the deep end of the pool against a talented grappler who has never tasted professional defeat.

And that is exactly the kind of challenge that Soldic signed on for in the ONE Circle.

“I signed now and then straight away I get the most dangerous wrestler, MMA fighter, Murad Ramazanov, who is also with Khabib [Nurmagomedov’s] team and Islam Mackhachev, who is the UFC champion now,” said “Robocop.”

“Just send a contact. I will sign, it doesn’t matter who he is. He’s 11-0, 3-0 in ONE Championship. It’s good for me. I like a good fight, I don’t want to take some easy fights because I want a good fight that people can see I’m different. And I will try to show it again in ONE Championship on the world stage, so it’s not gonna be easy and that’s why I’m here.”

ONE on Prime Video 5: De Ridder vs. Malykhin airs live at 8 p.m. ET on Friday, Dec. 2. The event is free to all Amazon Prime subscribers in the U.S. and Canada.