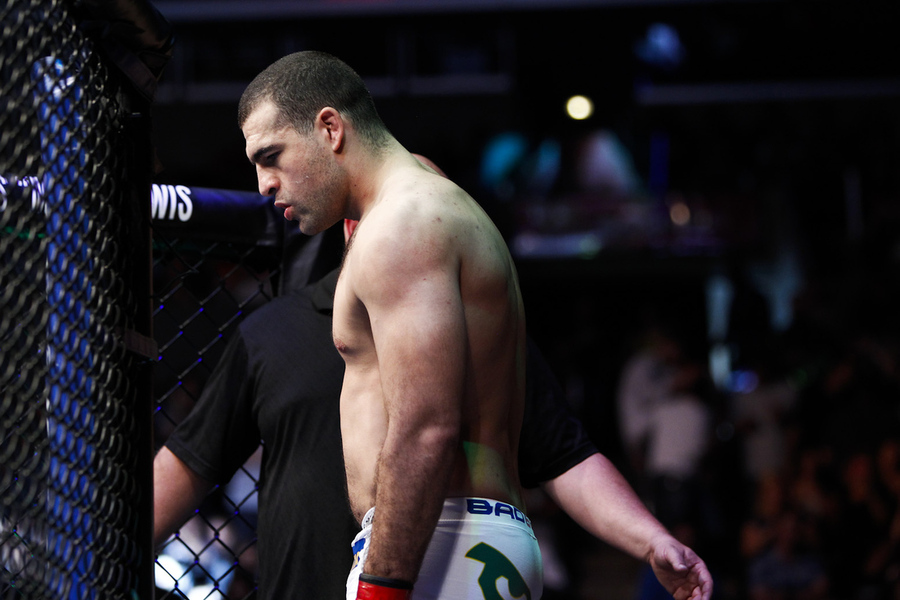 Loyalty in sports can usually be recognized by a jersey, hat or perhaps a license-plate frame on the back of a car. It’s the allegiance people form with their favorite team that cements the foundation for why people love sports to begin with. From those favorite teams come favorite players in which the fan can build a connection with in today’s world of social media. I’m now at the age where I can say I’ve seen a player’s entire career. From college to the draft and from their professional debut to the final curtain call, it’s hard to see it all come to an end for somebody you have spent so much time pulling for.

MMA fighters are no different.

Chuck Liddell was my guy. He was a guy who, out of the Octagon, was a normal beer-drinking dude. But when it came time to fight, it was as if every negative thing that ever happened to him in his life was taken out on whomever he was fighting. Liddell’s explosive power, highlight finishes and success drew me to the sport in a way that I knew I was hooked forever. Toward the tail end of his career, I remember telling myself to take it all in because the end was surely near. As Liddell walked out under the blue LED lights in Canada at UFC 115, there was still a glimmer of hope. I knew “The Iceman” wasn’t going to just come and get into a slugfest; he was going to reinvent himself. We were going to see the old-school Liddell who mixed in kicks and the occasional takedown. Guess what? It was working! Liddell was back. The first round couldn’t have gone better. Then Rich Franklin did what Liddell’s last two opponents did to him—he knocked “The Iceman” out cold. It was over. The fight was over, and Liddell’s career was a wrap.

As sad as it was to see him go out like that, there was also a sense of relief. Liddell had lost five of his last six fights and there was nothing that offered a glimmer of hope that he’d still be able to compete. Physically, he was strong, and it wasn’t so much that the sport had passed him by as it was that his chin had failed him. The chin that had been so dependable to keep Liddell in so many battles, well, it never came back after the UFC 71 fight in which Quinton “Rampage” Jackson knocked him out with what appeared to be a punch with not much behind it.

It’s a road we’ve seen legends of any sport travel down. The great ones burst onto the scene and enjoy a good amount of success, and then they struggle somewhere toward the end. Some hang around much longer than they should, whereas others hang it up at just the right time. This is the situation Mauricio “Shogun” Rua finds himself in now. Rua has lost four of his last five and stands at 3-6 overall since 2011. While Rua’s chin may not be as bad as Liddell’s was when “The Iceman” fell to Franklin, Shogun’s last two losses—a TKO against Dan Henderson and the knockout against Ovince St. Preux—are cause for concern.

Rua is coming up on his 33rd birthday, but he’s an old 33. His resume features a who’s who of MMA lore. There’s no doubt he can still get into the Octagon with someone and put on a show, but there’s much doubt to the notion that he can still make a championship run. Fans who say he’s still a title contender are simply lying to themselves.

It would be great to see Rua get a lower echelon opponent just to see if he still has the hunger to win and can put together all the skills we’ve seen from him over the years. Ultimately, it’s Rua’s decision on when he wants to call it a career. If he were to lose his next fight by knockout, though, UFC President Dana White may have a heart-to-heart talk with Shogun to advise him that it’s time to step down. Rua, who contributed to the end of Liddell’s career, now finds himself facing the same questions Liddell faced. Does he still have it? Has the sport passed him by? Is his chin susceptible? The only thing that will calm the storm of questions is success in the later stages of a career. “The Iceman” didn’t find that success, and only time will tell if Shogun’s career will come to the same conclusion.