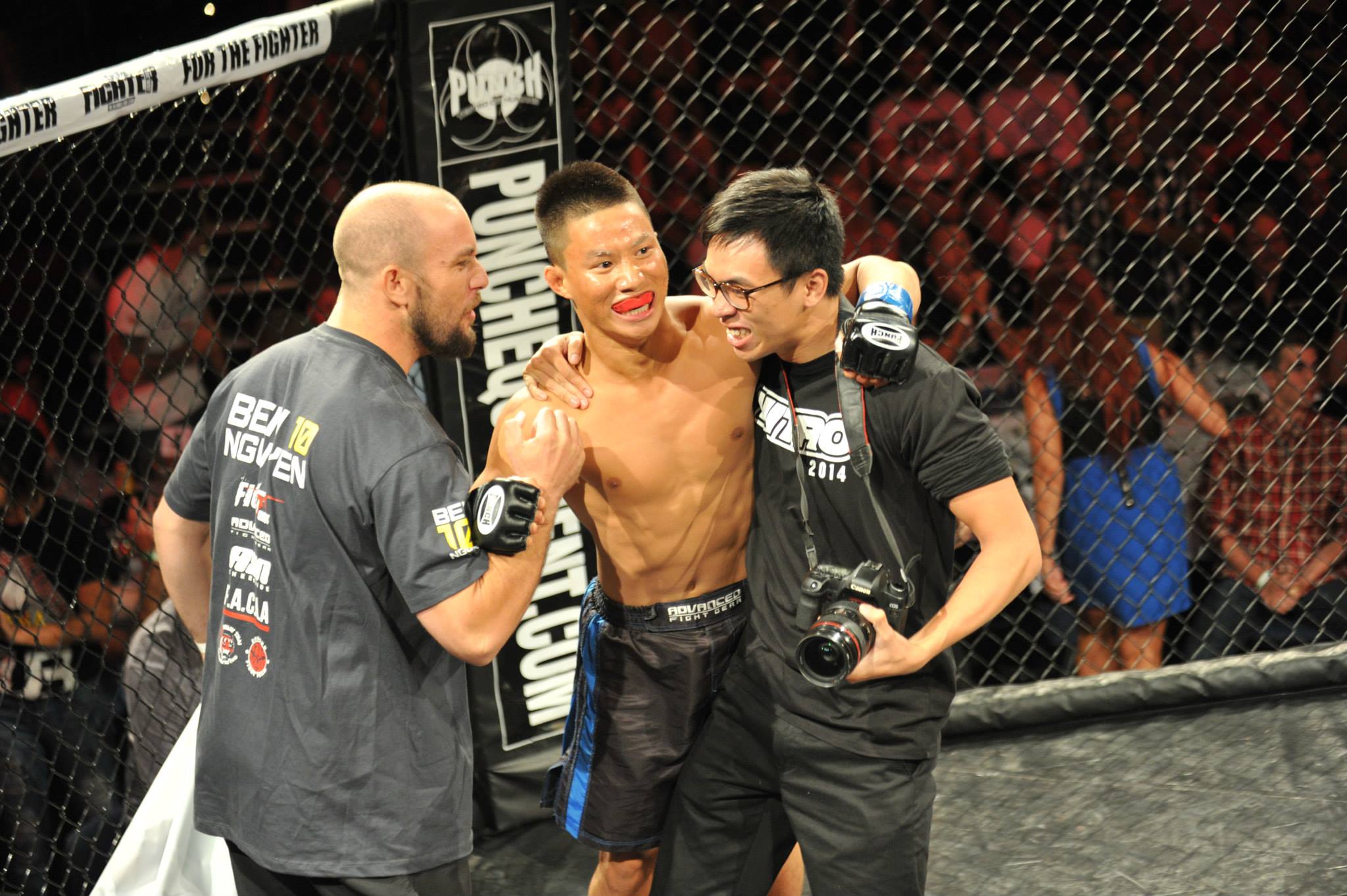 For most people there really isn’t a bigger moment in their life than when they make that walk down the aisle. Whether it’s literally an aisle, or figuratively in that they are making a commitment to a single person for the rest of their life, it’s still something that they will cherish for years to come.

This has been the biggest year of Ben Nguyen’s life. He has made a successful and entertaining debut with the Ultimate Fighting Championship, he has been seen by literally millions of people by way of a viral video clip and he has exchanged vows with the love of his life.

Things really couldn’t get much better for Nguyen. That is, until he finishes off the year with a bang in front of thousands of people.

“We got married in Thailand, where we met,” Nguyen explained to Combat Press. “So, I was able to continue my camp and everything because that was kinda the hard part, trying to juggle getting married and training and spending time with family and doing the honeymoon stuff. She’s a fighter too, so she was training as well. It wasn’t too bad. It made it easier, and easier to get my training time in.”

In his debut inside the Octagon, Nguyen was able to dispatch of Alptekin Ozkilic in the final second of the first round. Nguyen was touted as the underdog leading into that fight and managed to get himself a highlight-reel finish in his first appearance for the UFC.

“It felt amazing,” Nguyen said. “It felt great to have all of that pressure taken off me all of a sudden. I felt like I had to live up to the viral video and with it being my first fight in the UFC I had to make a good impression. Being able to finish in the same fashion that I did in that video was exactly how we wanted that to go.”

Whenever that first UFC bout goes off without a hitch it’s a sigh of relief for most competitors. For Nguyen there was a lot riding on his first foray inside the Octagon. A viral video that was viewed by millions of people from all around the world set high expectations for the 27-year-old, and they were expectations he was happy to meet, but with that behind him, there’s still a lot riding on his second fight.

“I feel that there’s still a little bit of pressure,” Nguyen admitted. “Especially with the recent cuts they’ve been doing with fighters that have only lost two fights out of their few fight contracts. Now it’s turned into a job security thing for me more than anything. It does feel like a lot less pressure though, I kinda know the routine and it’s the same timezone [as me] and same country, so it’s not gonna be too much different for me. My last five fights I’ve really gotten my stride. I think I’ve really gotten myself ready mentally. I feel like I’ll be able to go into this next fight a lot calmer, especially now I know that I’ve done it before.”

UFC 193 has been touted as being the biggest event in the history of the UFC. While there is still hope for the event to break attendance records, Nguyen isn’t overly concerned with the ticket sales, but is happy to have his name on an event that could have people talking for years to come. UFC 193 marks the first time that the promotion has opted to use a stadium in Australia, and that’s a point of difference that makes this card all the better for Nguyen.

“It’s a big honor to be part of history,” Nguyen said. “Not only being the first UFC fight in Melbourne, but also being part of the card that hopefully breaks the record of the most people attending a UFC event. I’m really excited.

“I’ve fought in weird venues, like a racecourse track. It’s not gonna be too much of a surprise for me. I don’t see too far outside the cage when I fight. It’ll be a little different because they’re talking about bringing us out in golf carts before we start the walk out to the cage.”

Nguyen has had 13 career victories with 11 of those being finishes. The general consensus from mixed martial arts fans is that flyweight bouts are boring. With Nguyen’s track record, and his UFC debut in mind, it’s a theory that Nguyen plans to continue to try and prove wrong.

“It’s a little disappointing,” Nguyen said. “I feel like the skill level at flyweight is a little bit shallower than the other divisions. You don’t get a lot of the really good people getting in there except for the top few like Demetrious Johnson and whatnot. I feel like it is harder for flyweights to knock people out and get the submissions. Grappling especially — we’re really fast on the ground so it’s gonna be really hard to catch a flyweight on the ground. It’s a bit hard to slow us down.

“I’ve just gotten my foot in the door and I just need to be able to show them that flyweights are here to fight and we can knock people out. My opponent knocked his last opponent out in stunning fashion in a comeback win so there’s no reason we shouldn’t be able to put on a good show. It’s gonna be one hell of an exciting match, I’ll tell ya that.”

Ben would like to thank Integrated MMA, ASN Chermside, Fighters Worldwide Clothing and Five Point Four. He would also like to thank his wife for her understanding and support. Follow Nguyen on Twitter: @Ben10MMA
Advertisement