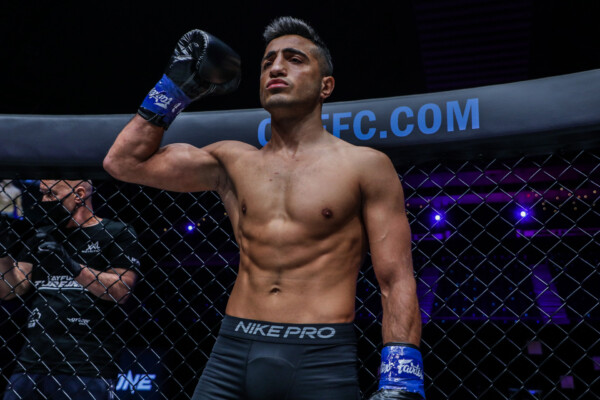 Tayfun Ozcan Replaces Chingiz Allazov at ONE on Prime Video 2

Top-ranked featherweight kickboxing contender Chingiz Allazov will have to put his bid for ONE gold on the hold after suffering an injury while preparing for his co-main event showdown with divisional king Superbon Singha Mawynn at ONE on Prime Video 2: Xiong vs. Lee III on Sep. 30.

As first reported by the Daily News, The ONE featherweight kickboxing grand prix champion was forced to pull out earlier this week, but the title match will go on with a new challenger.

Stepping in for the injured Allazov will be fifth-ranked contender Tayfun Ozcan. The Dutch-Turkish striker was already scheduled to compete on the card against Marat Grigorian, but fate intervened to give him a life-changing opportunity against the ONE featherweight kickboxing champion.

Although further down the rankings than his original opponent, Ozcan will be no easy task for Superbon. He is in the midst of a 14-1 stretch, and he most recently defeated fiery German striker Enriko Kehl by unanimous decision at ONE: Full Circle back in February.

The win kept him in the hunt for a title shot. Now, it has paid off with a bid for the belt in U.S. primetime on the biggest platform of all.

Superbon had no trouble accepting the new assignment, as he doesn’t shy away from any sort of challenge. The Thai superstar is enjoying a 12-bout winning streak, with massive wins over Sitthichai Sitsongpeenong, Giorgio Petrosyan, and Marat Grigorian.

He is the clear-cut top featherweight in the world, and he has been proving that inside the Circle with one impressive performance after another.

The new co-main event will keep kickboxing in the spotlight when ONE returns to Prime Video. Fans will be treated to a sensational battle between two exciting strikers, and the featherweight division could see an unexpected new king if Ozcan can pull off the upset.