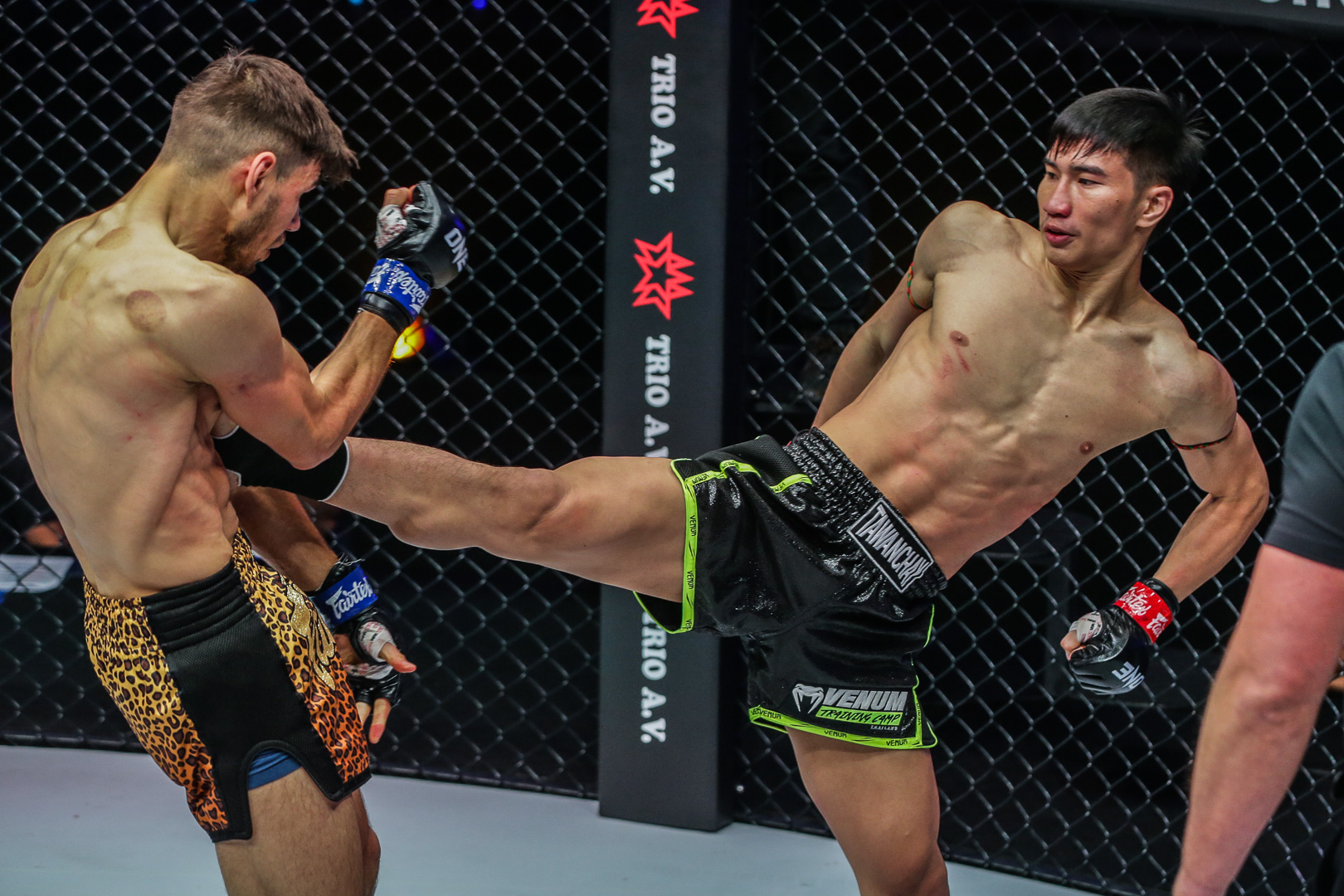 Three Performance Bonuses Awarded at ONE 158

Three more performance bonus checks got cashed when ONE Championship returned to the Singapore Indoor Stadium with ONE 158: Tawanchai vs. Larsen on Friday, Jun. 3. While the card featured many outstanding showings throughout, it wasn’t until the main card started that an athlete was awarded a bonus for their services inside the Circle.

Alex Silva claimed the first one in the main card opener following his submission win over Adrian Mattheis. The Brazilian was set on making things right in the heated rematch with “Papua Badboy,” and it showed right from the opening bell. He chained together technique after technique until he could cinch in an inside heel hook to get the tap.

Another Brazilian took home fifty-thousand dollars when Fabricio Andrade blew through Kwon Won Il in the night’s penultimate contest. The fourth-ranked bantamweight contender landed a brilliant kick to the body that put “Pretty Boy” onto the canvas. The quick 62-second knockout was enough to warrant the bonus, and now Andrade has his sights set higher up on the totem pole, as he wants a shot at John Lineker’s ONE bantamweight world championship.

Perhaps the bonuses were inevitable for these three athletes, as each man has a lengthy highlight reel. The unending excitement delivered by Silva, Andrade, and Tawanchai merely paid off a little more for them at ONE 158.