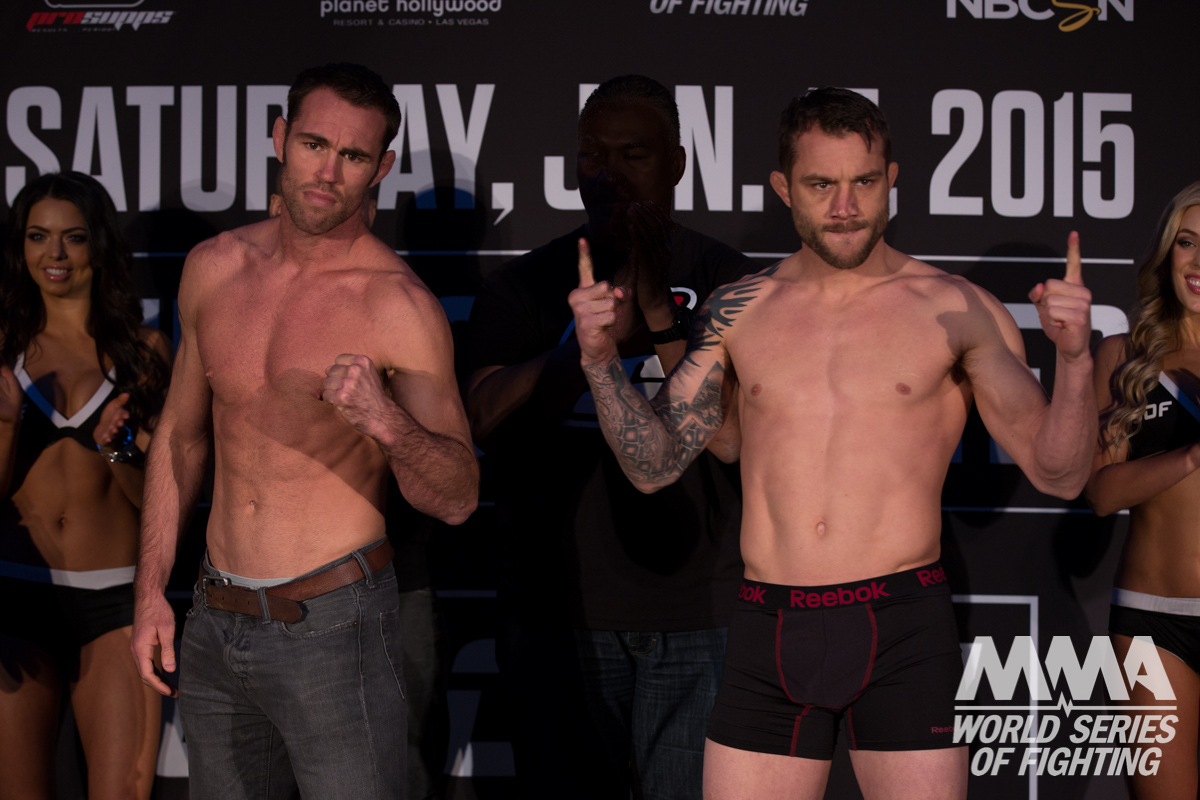 On Friday, Jan. 16, World Series of Fighting held the weigh-ins for its 17th event which takes place Saturday, Jan. 17, from the Planet Hollywood Resort and Casino in Las Vegas.

In the night’s main event, former UFC title challenger and Strikeforce middleweight champion Jake Shields takes on fellow Octagon veteran Brian Foster in a welterweight contest. Both fighters will be looking to earn a shot at the promotion’s 170-pound title currently held by submission specialist Rousimar Palhares. Shields enters the contest on the heels of a first-round finish of Ryan Ford at WSOF 15 in October. The 36-year-old has tasted defeat just once in his last six outings. Foster, meanwhile, will be making his promotional debut. The 30-year-old fighter has won eight of his last nine fights, including a decision win over Gilbert Smith at Titan FC 28 in May.

The co-main event was scheduled to feature longtime lightweight Brian Cobb against the unbeaten Johnny Nunez. However, Cobb, who hasn’t fought in 18 months following a TKO loss to current champion Justin Gaethje, was pulled from the contest on the day of weigh-ins. Stepping in against Nunez will be Joe Condon, who was originally slated to face Jimmy Spicuzza on the preliminary card.

The action kicks off Saturday with preliminary card action live on nbcsports.com beginning at 7 p.m.. The five-fight main card starts at 9 p.m. ET live on the NBC Sports Network.