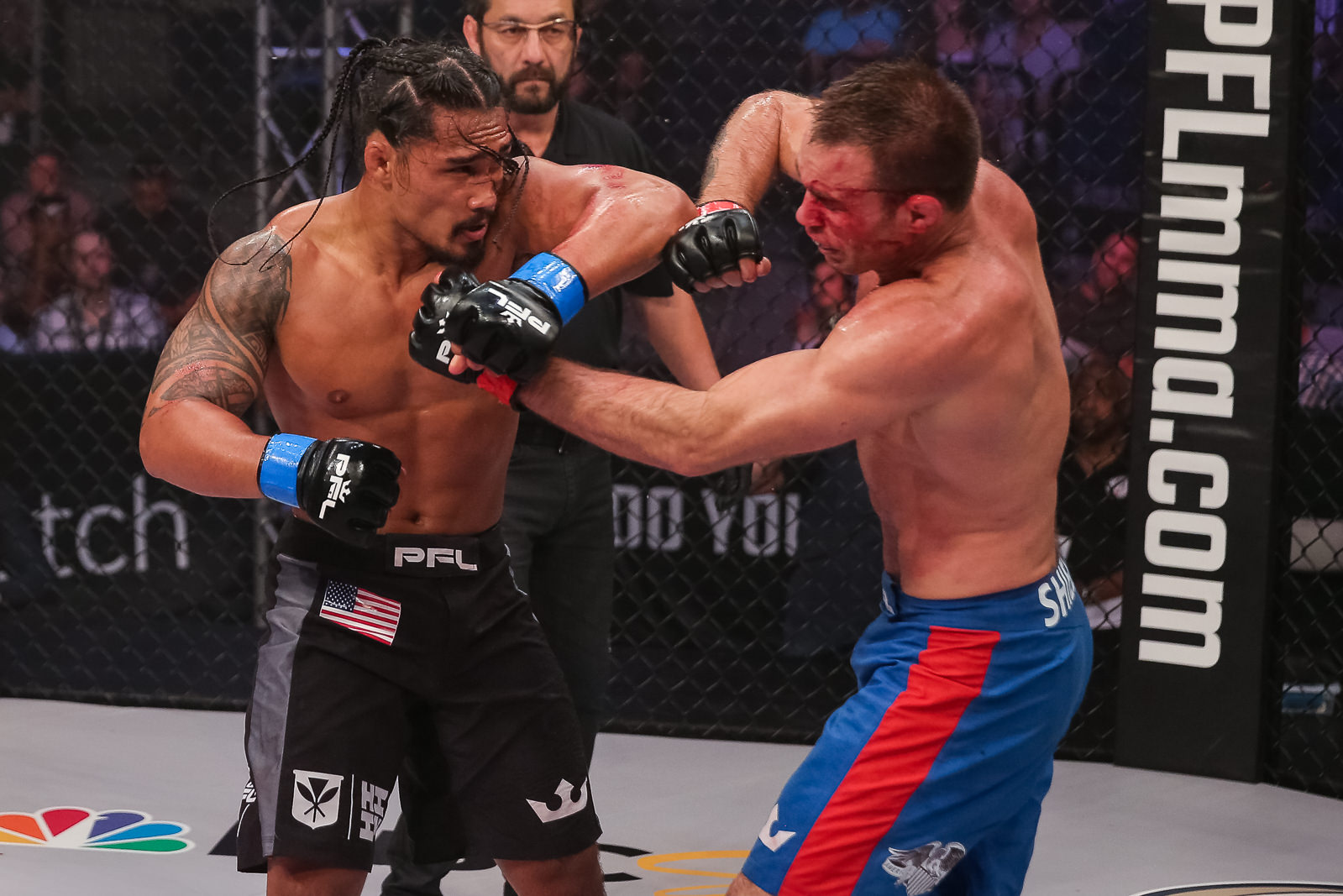 On Saturday, Oct. 20, the Professional Fighters League continued its 2018 playoffs, holding its 10th event from the St. Elizabeth’s East Entertainment and Sports Arena in Washington D.C.

The welterweight field was yet another group that was heavy on UFC talent, and perhaps included the most notable names among UFC veterans. Jake Shields and Rick Story, of course, headlined this group, which also included Bojan Velickovic. Top seed Ray Cooper headed up the non-UFC contingent, which also featured Handesson Ferreira, Magomed Magomedkerimov and Pavel Kusch. Could Cooper continue his surprising run, or would this bracket go to the former UFC stars?

After a series of upsets and tough battles, Magomedkerimov and Cooper will face off in the welterweight final.

Meanwhile, the middleweight set only included three faces that would be familiar to UFC fans. Gasan Umalatov, Bruno Santos and John Howard have all graced the inside of the Octagon at some point in their careers. They were joined by fellow 185-pounders Abusupiyan Magomedov, Sadibou Sy, Shamil Gamzatov, Louis Taylor and Rex Harris. This field had the chance to produce at least one new star for the PFL.

When the night ended, Magomegdov and Taylor pulled out wins to advance.

Check below for details.