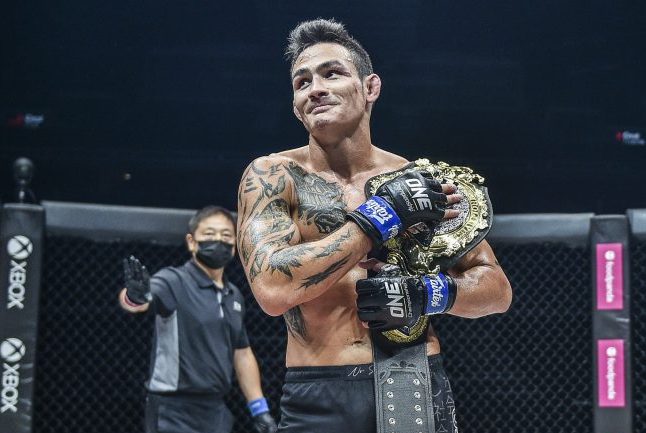 Directly after Tang Kai’s explosive knockout of Kim Jae Woong at ONE X, the featherweight phenom asked ONE Championship Chairman and CEO Chatri Sityodtong for a shot at divisional king Thanh Le.

It took some time to get an answer, but the promotion confirmed that the request had been granted via a virtual media call this past Friday. The much-anticipated world title tilt is now set to headline ONE 160 on Friday, Aug. 26, at the Singapore Indoor Stadium.

The top-ranked featherweight contender is riding a nine-bout winning streak into the main event, with a perfect 6-0 record at “The Home of Martial Arts”. Tang has finished four of his matches in ONE by knockout, including his last three opponents, and he’s feeling positive ahead of his shot at gold.

“I’ve been dreaming of this for a long time,” Tang said in a conference call. “I’ve got 100-percent confidence for this upcoming fight. I respect him a lot, but he’s also 36 years old, and I think he should really be considering retirement. I think this could be his retirement fight, maybe. He has a beautiful family. After this one, he should go back to them and have a normal life.”

But, on paper, this is a picture-perfect matchup for the reigning king Le. The Louisiana native has been lighting up ONE’s global stage since his debut in 2019. He has a perfect 5-0 slate in the Circle, with five consecutive highlight-reel knockouts, making him one of the most impressive athletes on the promotion’s roster.

Perhaps none have been as emphatic as his first world title defense at ONE: Lights Out back in March. Le defended the elite grappling of Garry Tonon before inflicting some stunning ground-and-pound on his compatriot, leaving him unconscious on the mat.

With 24 knockout finishes, Le vs. Tang has all of the makings for a memorable tussle at ONE 160, and the world champion is ready to take it into deep waters.

“I want him to feel the championship rounds, to feel he doesn’t belong in there for five rounds with the champ,” said the champ. “Just another notch on the belt – go in there, finish him, and see what else pops up on the horizon.”