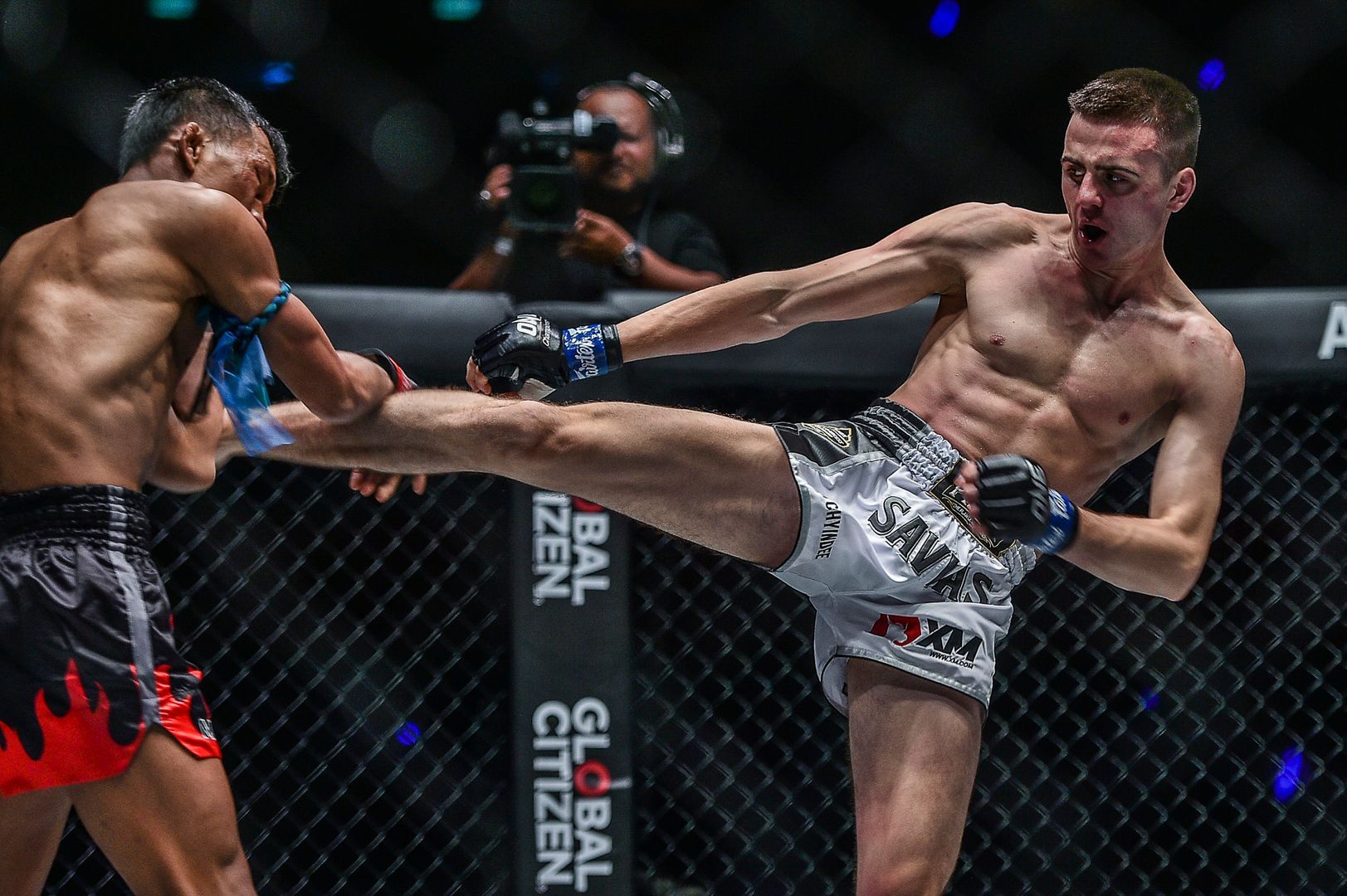 Savvas Michael will get his chance to knock off the king of the flyweights on August 26 when he steps into the spotlight at ONE on Prime Video 1: Moraes vs. Johnson II.

The Cypriot star will take on Rodtang Jitmuangnon in the ONE flyweight Muay Thai world grand prix semifinals, and those who watched the quarterfinals of the illustrious tournament are confident he’ll be able to stand his ground.

“The Baby Face Killer” has always had his sights set on the Thai superstar. And as such, he has taken note of the deficiencies he sees in his upcoming opponent’s game.

At the top of the list is Rodtang’s bravado.

“The Iron Man” is known for biting down on his mouthpiece, allowing his opponents to hit him, and losing focus of the end goal. According to Michael, this could prove to be his undoing.

“I see that when Rodtang gets angry, that’s when he does a lot of mistakes,” Michael told ONE. “He has some mental lapses when he tries to keep his composure and feels that he has to regain his A-game. When he gets angry, he lets his emotions get in the way. Every fighter is vulnerable to that same problem. That’s why I always tell you that whoever makes the first mistake loses. As for Rodtang, he loses his temper more than a lot of us.”

Outside of the Circle, Michael and the ONE flyweight Muay Thai champion are acquainted, but there is no bad blood between the two martial artists, who exemplify the ethos of ONE Championship.

That said, Michael plans to put his fondness for his upcoming opponent aside for nine minutes in the Singapore Indoor Stadium on Aug. 26.

“I do know him personally, and he’s a good guy,” said Michael. “But when we fight, I’m going to go there and do my job. It’s a big fight, and I’ll figure out a way to win once I’m there. But he also knows me, and he will bring his well-rounded game. So really, I don’t know what to expect that day from him.”

Though Michael is confident, this is undoubtedly his biggest opportunity to date.

Rodtang is enjoying an unbeaten run in ONE Super Series action, and he is coming off what may have been his most dominant performance to date against Jacob Smith.

Meeting the reigning king at his peak could cause many to become gun-shy, but Michael is embracing the moment, and he is preparing for the tussle by making sure he stares down his rival every day.

“I’m not worried,” said Michael. “I’m just excited to train and perform come fight day. It’s my time to shine now, and I want to prove to the world that I’m one of the best.

“I have a picture of [Rodtang] at home. He’s the first person I see [when I get up], just for that extra motivation. There’s no Plan B. He’s the man in my division now, and I want to beat him. As soon as I wake up, I already feel motivated to train once I see his picture. All I see is Rodtang. And I see a W.”