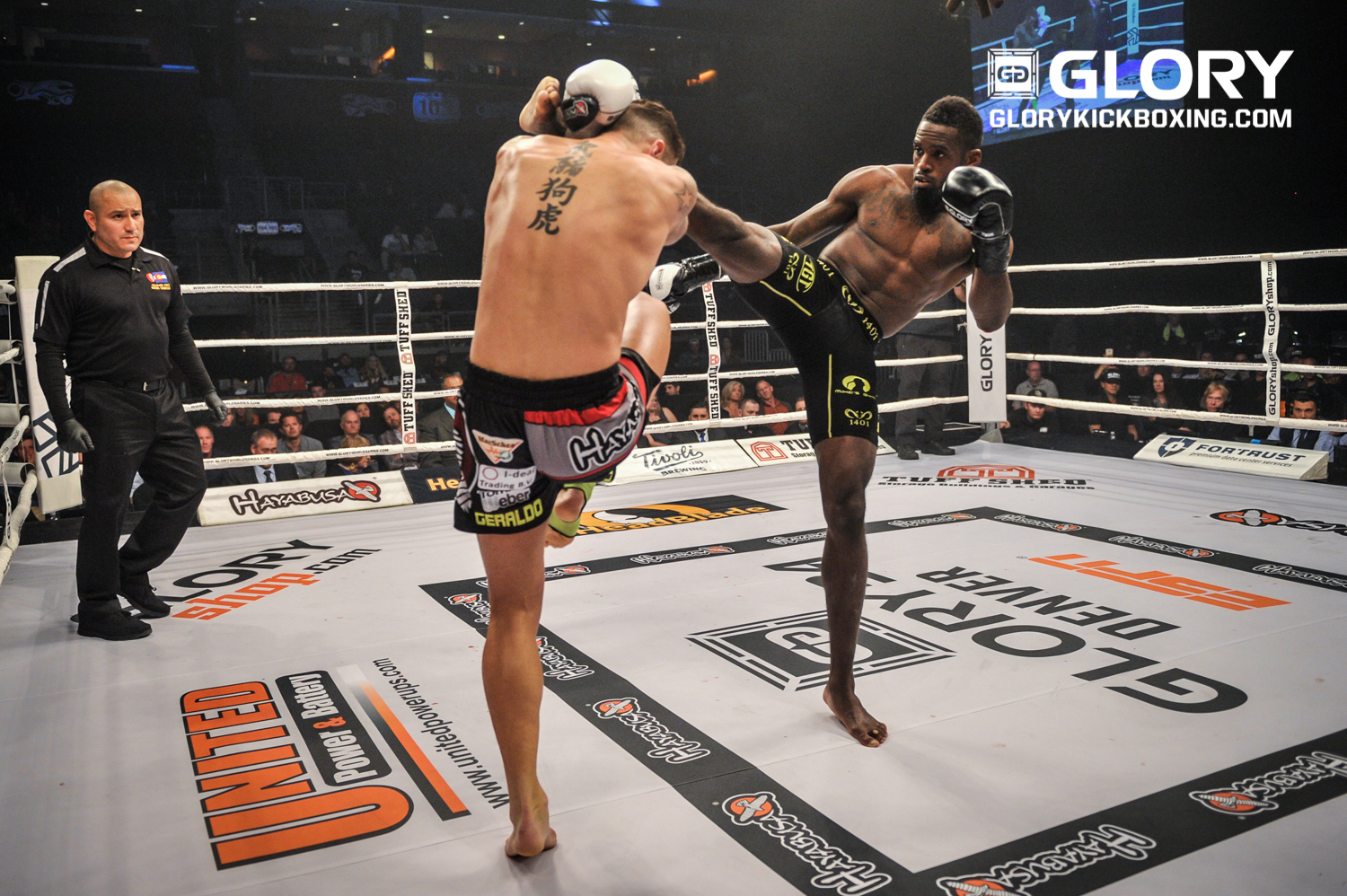 A while ago, GLORY restyled its website. Now, the site gives statistical data about any fighter who ever fought in GLORY. According to the site, Doumbé’s striking differential is 3.43. This is higher than any other top-10 fighter. Does this affect your preparation process somehow?

It doesn’t matter if he has the highest striking. When a man goes down, he has nothing with that.

Before your third fight with Nieky Holzken at GLORY 34, you both said that it would be the last time you fight each other. Now, you are the contender and Holzken is fighting Yoann Kongolo on Sept. 30. It’s likely the winner of that fight will be the next contender.

I think a lot of people would like to see Nieky fighting in a contender tournament. I will fight anybody, anywhere.

At GLORY 41 in a fight against Alan Scheinson, you seemed exhausted in the third round. Before, we saw you in five-round fights with perfect stamina. What made you so tired?

I think I fought too much into his game. It was a little bit messy, and I wanted to knock him out badly.

Your controversial knockout of Harut Grigorian still divides people. The camera showed you speaking to each other after the fight. What did Grigorian say?

Harut told me that I shouldn’t stress about what happened and that I did what I had to do — that he would do the same thing if it was him.

Recently, at a TOPKing World Series event on Aug. 8, Thai fighter Yodwicha Khemmuaythaigym landed a similar knockout punch to the back of Kazbek Kabulov’s head. Should they make some additional instructions for referees to avoid such situations?

You can’t make instructions for situations like this. It happens in a second, so it is difficult.

Pavel Zhuravlev told me about special tables for respective criminals who were present at kickboxing events in the past. Did you ever receive a financial proposition to fix a fight or have contact with criminals somehow?

I have never gotten in some kind of criminal business, and they never paid me to lose a fight somehow.