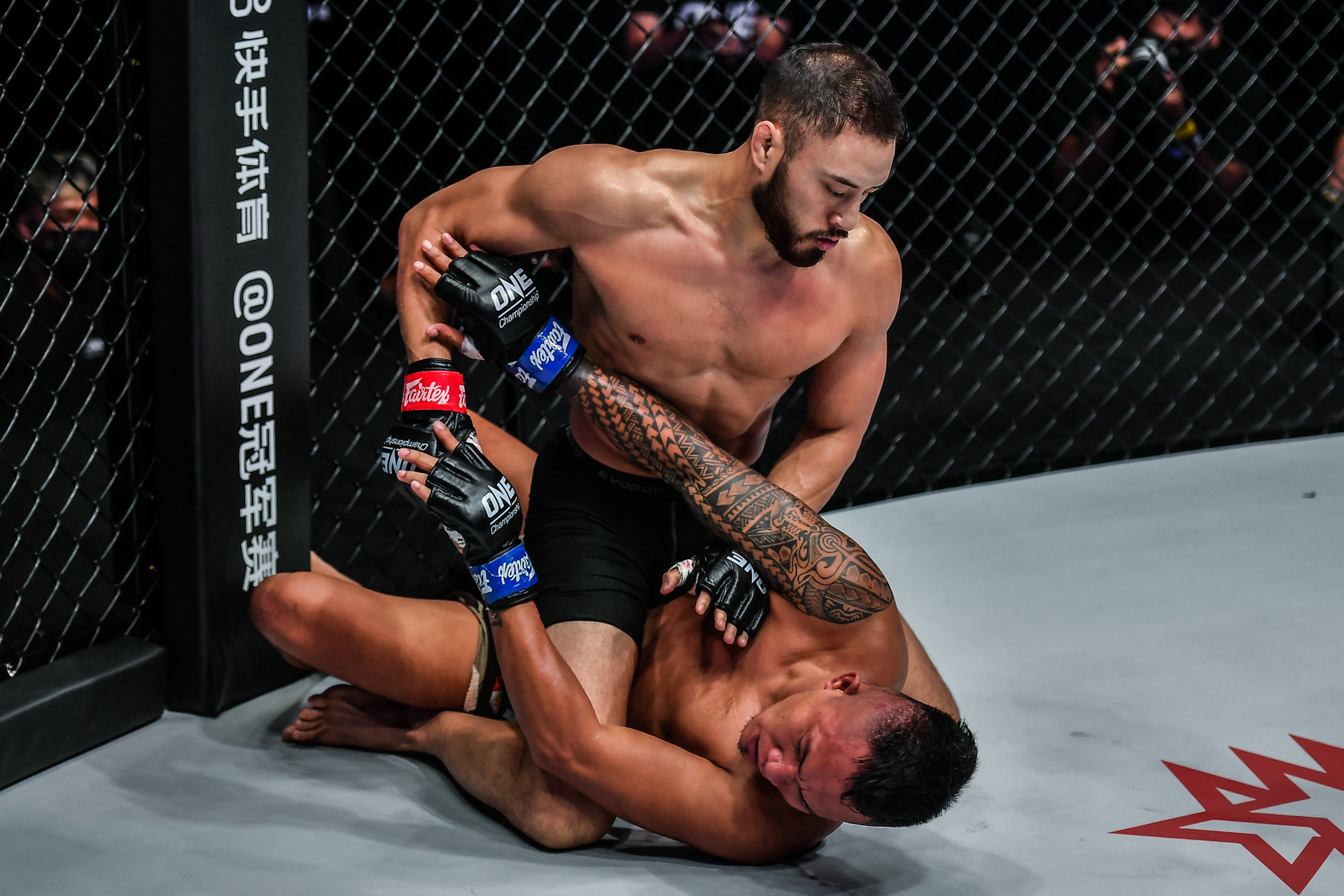 James Yang had a successful ONE Championship debut in 2021. Now, he’ll return to face Keanu Subba at ONE Championship: Eersel vs. Sadikovic on Friday, Apr. 22, with hopes of continuing his push in the featherweight mixed martial arts division.

Yang may be a fresh face in the promotion, but he has a lifetime of martial arts knowledge behind him. He has trained at a Shaolin Temple, competed in Wushu for the United States, and counts MMA great Demetrious Johnson as a close friend and training partner.

“James’ and my friendship and relationship stems from mixed martial arts,” said Johnson. “We’re both passionate about that. We’re also passionate about gaming and anime. So our friendship and our passion kind of goes outside the gym. And, you know, right now, it’s just about him getting focused, getting ready for his next match against Keanu Subba.”

Subba will enter his bout with the American up-and-comer, looking to get back in the win column after falling to top-ranked featherweight contender Tang Kai in 2020. And with the motivation of taking the Chinese star to the judges’ table powering him, Subba could pose a dangerous threat to Yang’s rising star. According to Johnson, though, Subba’s skill set and style make him the perfect opponent for his teammate.

“I think [James] being 1-0 as a pro, fighting in ONE Championship, [it] is a great stepping stone that he’s fighting Keanu Subba,” Johnson said. “We did some research on Keanu. I watched videos on him, and I think Keanu Subba is the best opponent for where he’s at right now.

“I think Keanu is going to bring the fight way better than his last opponent did. Subba does a lot of things right. His stand-up is very technically sound, great fundamentals. And I think that’s the way you got to work your way up until you feel like you’re ready to take that next step.”

But the 12-time flyweight world champion also knows there are additional challenges for Yang. He was part of the team that traveled with Johnson to ONE X, and the quick turnaround means another long flight that could disrupt his sleeping pattern and prevent him from competing at 100 percent. However, the MMA veteran has a plan to make sure that doesn’t happen.

“Right now, I feel like he’s doing great,” said Johnson. “The biggest thing that we have to worry about with this training camp is just the jetlag. We were in Singapore for my fight, we came back, and he got right back in a training camp. I told him, ‘Dude, take a week off, just to let your body get acclimated back to our timezone.’ And then we’re going to go right back to Singapore, which is going to mess up his sleeping again. So the biggest thing is that he’s just got to make sure he’s sharp, and his sleeping is good. The good thing about that is I’ve already thought about how to really go about getting his sleep back on schedule.

“He’s the first fight of the night. We’ll have to stay up ’til like eight, nine o’clock at night, train, then after we’re done training at 10 o’clock at night, eat food, go to bed at like 11:30 or midnight, so we can cater to his sleep. Where it’s like, ‘Hey, sleep in all day, wake up, eat, then move around, work out at 4 o’clock, 4:30, train, get a nice dinner, and go to bed at eight o’clock.’ So hopefully, that works out good, then he’ll be ready to perform on fight night.”

Getting Yang to peak condition at the right time is crucial, and Johnson is looking for nothing less than perfection on the night – including a finish against the rising Malaysian talent.

“I expect a finish, so [the fans] can expect that too,” said Johnson. “After watching Keanu Subba, I see there are parts where James is going to be able to go out there and excel and perform better than he can. But you know, a fight to fight. So, James got to make sure he’s physically ready. The weight cut won’t be a problem. And just go out there and fight. That’s what it’s about.”

As for Johnson, he’s currently enjoying time with his family following his win over Rodtang at ONE X. But he’ll soon be back in the gym, preparing to return to mixed martial arts at some point this summer.

“It’s just like my father-in-law, and my dad says, ‘You fight, you make your money, then you take the money and spend it however you want and to create the memories with your family. You can’t take the money with you,’ explained Johnson. “So that’s what I’m doing now. I’m out here chilling, relaxing, watching my kids eat, watching them swim, spending time with the family. Then when I get back home, I have a week before I’m going to Singapore for James’ fight, back home for a week, then I’m going to Mexico for like seven days, and [when] I come back, I’ll be right back in training camp.”