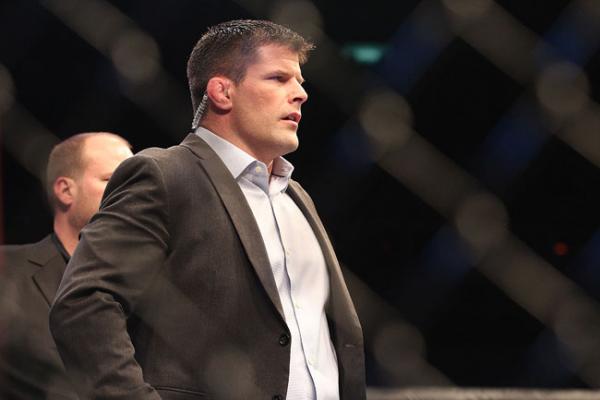 The NFL season is fast approaching. Imagine if you woke up tomorrow morning and saw a tweet from former NFL quarterback and current NFL analyst Troy Aikman claiming Tom Brady and Peyton Manning are playing too well and are strong for their age so they must be using steroids. No other evidence exists.

Of course, this would never happen. Aikman would lose his position and could face legal action for his accusations. However, something very similar to this imagined scenario did happen in MMA.

It amazes me that coming out of a weekend featuring not one but two UFC events, the conversation in the MMA world is about controversies instead of what happened in the cage. We should be discussing the resurgence of Michael Bisping, the surprising knockout of Benson Henderson by the one-time grappling ace turned power puncher Rafael dos Anjos, Jordan Mein overcoming distractions to continue his rise, or the successful debut of a number of touted prospects. Instead, all the talk coming out of the weekend has centered on controversy. Dana White’s removal of a judge mid-event at UFC Fight Night 48 in Macau has gotten so much attention it even subdued the discussion on the other controversy that happened over the weekend.

Shortly after the end of UFC Fight Night 48, former UFC middleweight fighter and current UFC Fox analyst Brian Stann sent out a tweet reading, “It didn’t pay to cheat for once, good start to the day.”

The tweet seems to be directed at—and be an attack on—the character and ability of main-event competitor and former Strikeforce champion Cung Le.

Let’s take a quick step back. A photograph of Le at the gym popped up shortly before the fight showing a more muscular and considerably more ripped and defined Le flexing for the camera. Many fans questioned if the picture was photoshopped and, of course, the obligatory reaction of “He must be on the juice!” covered message boards. At the weigh-ins, Le did appear to be more defined than in the past, but not to the extent of the earlier photograph.

Some will argue Stann was simply echoing the opinions of some fans. But herein lies the first of several problems with Stann’s comments. He is not just a fan. He is an analyst paid to discuss the sport Le is competing in. He has a responsibility to project a certain level of professionalism. Baseless accusations cast by an announcer or analyst of a sport discredit an athlete unfairly, cloud the public’s perception about the competitor, cast an unfair shadow over the event and constitute the definition of unprofessional behavior. How can Stann ever analyze a Le fight again? Fox, the UFC and Le cannot be comfortable with the prospect of Stann giving another biased and potentially untrue characterization of the fighter. Lack of professionalism has plagued MMA media and commentators in the past, and this is just another example that reminds everyone how much work still must be done in that area.

Stann’s comments also fail to recognize the current reality of performance-enhancing drug (PED) use. This statement reminds me of the belief about steroids when I grew up. At that time, it was widely believed by the uneducated public that only big, muscular guys are on PEDs. This insistence flies in the face of the facts and recent news. PEDs are used for a variety of reasons, not to just get muscular. A quick look at a list of fighters who have failed drug tests shows that the majority of fighters who fail do not appear abnormally muscular. Fighters such as Josh Barnett, Stephan Bonnar, Antonio “Bigfoot” Silva and recent UFC acquisition Robert Drysdale have all failed drug tests multiple times, but no one will mistake any of them for a Mr. Olympia. Fighters from UFC legend Royce Gracie, who showed small size could triumph over larger foes, to the recently failed tests of Chael Sonnen also highlight the baselessness of this assumption. Neither fighter is particularly large or ripped.

Yet the only evidence that Le used PEDs is that he appears leaner and slightly more muscular at an advanced age. Le is 42. However, he has not competed in nearly two years, plenty of time for someone to get ripped through watching their diet and spending more time in the gym.

And so we land on the final problem with Stann’s accusation: When does a fighter deserve the benefit of the doubt? Le has never failed a drug test. His physical changes occurred over years, not overnight. While I do believe PED use is rampant in MMA, I also believe fighters need to be considered innocent until proven guilty.

Stann will likely face some type of slap on the wrist from the UFC behind the scenes. After all, the UFC played a major role in getting the announcers and analyst on Fox. However, a slap on the wrist will not erase the damage done to Le’s reputation. Stann needs to step up, apologize, retract his statement and, most importantly, never again make unsupported accusations, especially on hot button issues like PEDs, about fighters he is covering.