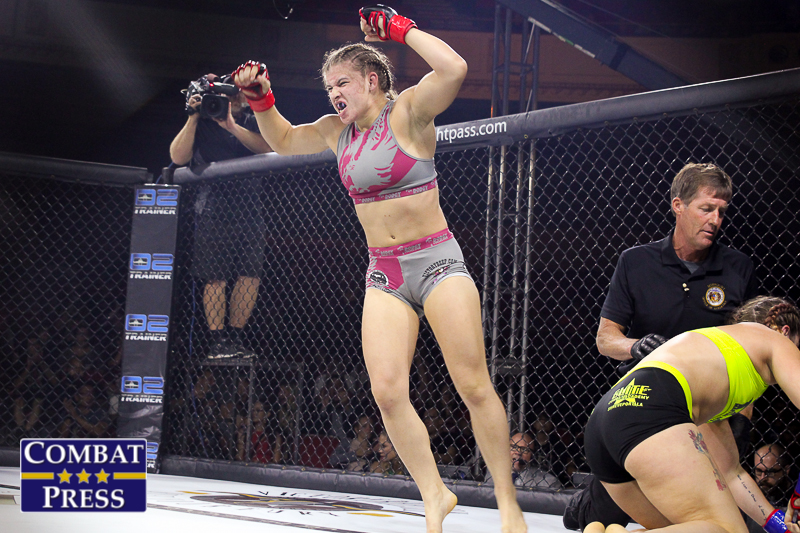 [Editor’s Note: This article, written by Combat Press writer Dane McGuire, was originally published on UMMAF.org and is reprinted here with the permission of the United States Mixed Martial Arts Kick International Federation. The content has been reprinted just as the original, in its entirety.]

Representative David Gregory’s House Bill 1388, also known as the “child safety and deregulation bill” according to The Missouri Times is effective as of Aug. 28. This means control over sanctioning amateur MMA, kickboxing, as well as pro wrestling has shifted to the Missouri Division of Professional Registration’s Office of Athletics.

Olympic combat sports such as boxing remain unaffected by HB 1388 thanks to their protected status under the Ted Stevens Olympic and Amateur Sports Act of 1978. Acceptance of MMA by the IOC and USOC would, in turn, render Gregory’s bill obsolete to a degree despite the fact it is law at present.

The legislation proposed by Gregory also prevents competitors under the age of 18, hurting the UMMAF’s United States Fight League (USFL) youth development branch, which is a requirement for the potential Olympic recognition of MMA.

“Now the regulation being proposed is not allowing kids under the age of 18 to get their heads bashed in in a cage fight. They can still train, they can still fight in all mixed areas of martial arts, they just can’t ground and pound in a cage,” Gregory said by way of the Missouri Times in March.

The USFL held its sole event in Missouri on Aug. 4, an event in which there were no injuries to youth competitors (aged 8-17 under USFL rules.) Additionally, the use of headgear is a requirement at all USFL events.

“The USFL Class B rules prohibits knockouts, head strikes, dangerous takedowns, and dangerous submissions. Upon application, these rules track an overall injury rate of 1.5 percent after almost 1500 athletic exposures with zero concussions. Past practices of prohibition have shown increases in dangerous and unregulated competitions, something no one wants.”

“The ramifications of this legislation are far-reaching and at the same time perplexing.  With the Missouri State Athletic Commission taking over sanctioning of Amateur MMA, we can expect fewer events within the state. This means less opportunity to compete for these athletes.”

“In addition, with the way the new rules are written, amateur athletes would be allowed to use professional techniques after five fights. This would disqualify those fighters from the UMMAF National Amateur Championships and any IMMAF tournament anywhere in the world.  We attempted to reach out to every state senator and house representative in the state of Missouri by phone and by email to inform them that this bill would hurt amateur athletes in the state and rob them of opportunity.  We didn’t receive one response.”

“First and most importantly, it means that a fighter could be knocked out at a UMMAF regulated event and because the state would not honor the suspension recommendation levied by UMMAF and the Missouri state licensed physician that issued it, he could fight the very next week on another card in an event sanctioned by someone else, including the Missouri State Athletic Commission after having been severely concussed.”

“The next issue is the fee that UMMAF paid to be a sanctioning entity in Missouri. In other states such as Nevada, UMMAF is a licensed sanctioning entity after having our rules and procedures approved by NSAC along with our licensing fee. When we regulate an event we send those results to the Nevada State Athletic Commission. The results and any medical suspensions are entered into the national ABC database. We followed the same procedure in Missouri after having paid a fee for our license, yet the results were entered into the ABC database as unsanctioned and medical suspensions unrecognized.”

It begs the question, ‘What were we paying for?’ and ‘Why is the State of Missouri suddenly worried about fighter safety when it is clear that Tim Lueckenhoff wasn’t before?’  The only answer I can up come up with is that this is a money grab for the Missouri State Athletic Commission.

“One of the other issues that I believe has taken place in Missouri, is systemic in other some states as well. The states look internally to decide what they want to do in terms of regulation and in some cases do not consider what is best for the athletes when it comes to the sport as a whole, nationally or internationally. They need to start looking on a global level and understand where the sport of amateur MMA is going. UMMAF has had to disqualify many amateurs from competing in international competition because their state has allowed certain techniques in prior competition that would label the athlete a pro.”

“Issues like this are why UMMAF strives to unify the rules in each state and applies to regulate in states where the law allows.  We feel that the sport of amateur MMA should not be used as a method of funding a state athletic commission because it only drives up the price of the events that grassroots promoters put on and in some cases puts amateur athletes in financial difficulty just to be able to compete.”

“Sanctioning with UMMAF has proven time and again that promoters save money due to our 501 (c ) (3) non-profit status and our insurance programs which are all state law compliant, athletes remain safe due to our annual medical standards and blood work requirements which HB 1388 no longer requires for amateurs which is very concerning considering an amateur athlete can bleed just as easily as a pro athlete,  and our trained staff that in many cases are licensed by the state athletic commissions in which the event takes place ensures fighter safety.”

“It is very concerning to UMMAF that the circumstances around this bill have been kept under wraps and that the Missouri State Government has relied on false information provided by Tim Lueckenhoff, Executive Director of the Missouri State Athletic Commission as a means of funneling money to the commission and state.  We cannot accept that all of a sudden Mr. Lueckenhoff is concerned about safety when the evidence is clearly contrary.”

HB 1388 also subjects amateur MMA, kickboxing, and pro wrestling events to a $25,000 surety bond as part of the licensing process. The bond was previously a mere $5,000. The increase will also stymie professional events which also feature amateur bouts.

There are five MMA promoters and 11 pro wrestling promoters currently registered with the state. However, the end result of the bond and other various fees could mean traveling promotions of both kinds come to Missouri less frequently to save money.

A number of promoters based in the state may go out of business altogether.

“I have had a gym for 17 years now and a promotion for 15 years. Two hundred-plus shows, 2200-plus fights, three broken hands, one broken arm, one broken leg, then lots of stitches. I have made some bad decisions over the years but the above record and the fact that I have been around that long and still can get 15 fights on a show almost anytime I want is something,” UMMAF Coach Robert Hulett said of his Midwest Fight League.

“As far as my show, I have already dropped two of the shows I was going to have. I still may drop some more. It will make it very tough to make any money on shows now unless timing is just right. I will continue as long as I can make some, but it will be limited. Who hurts most from this is the fighters. Now you limit their choices, limit money they get on pro side because [there is] no competition in promotions. This is all set up just to help alleviate competition for the biggest promotions.”