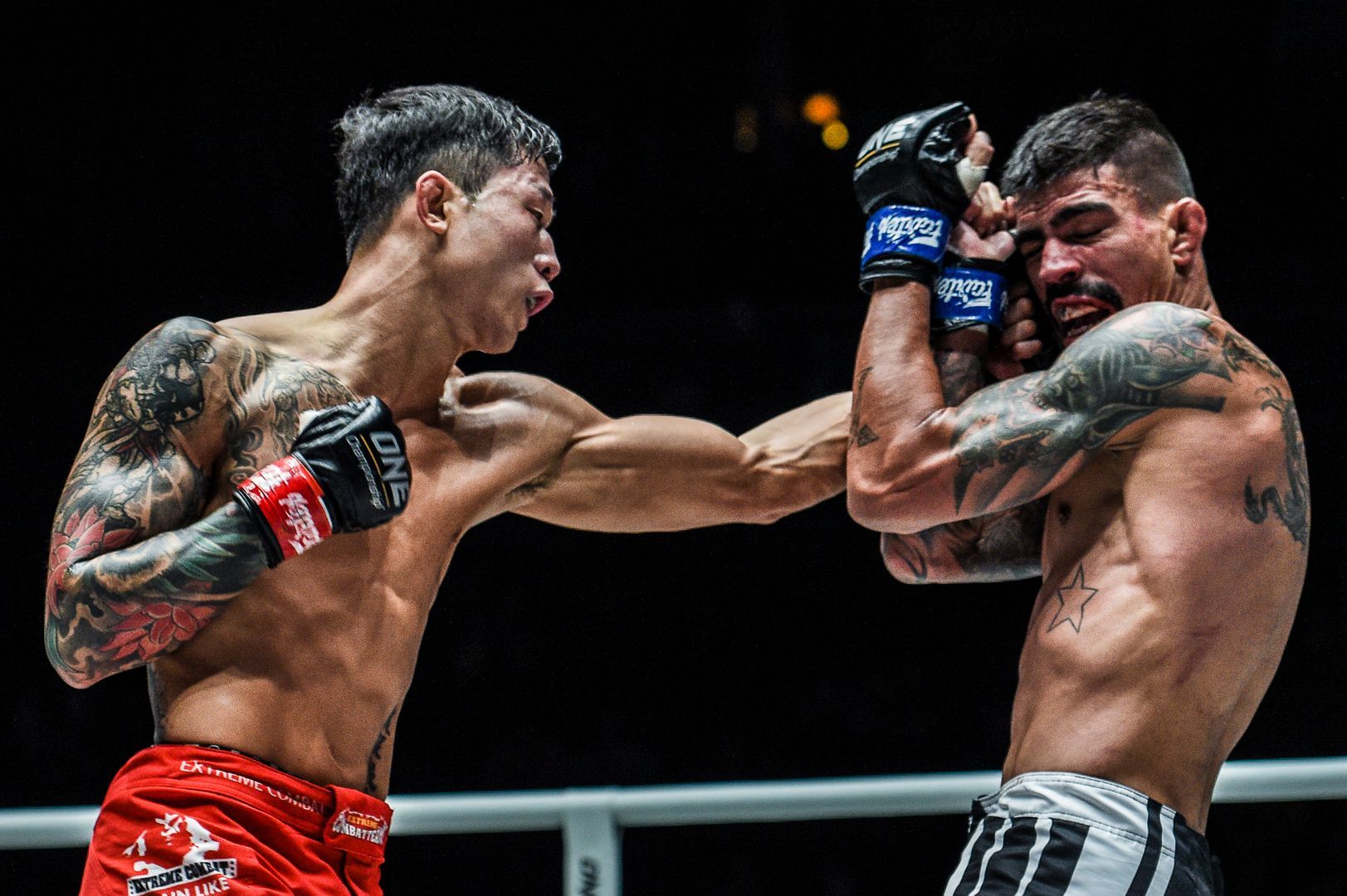 Kim and Tang Share Words Ahead of Their Bout at ONE Championship: Only The Brave

ONE Championship: Only The Brave kicks off from the Singapore Indoor Stadium. The event is headlined by the featherweight kickboxing grand prix semifinal bouts. However, there is a much-anticipated MMA battle which will take place prior to the co-main event.

Kim Jae Woong and Tang Kai will face off in what will likely serve as a number-one contender bout to the ONE featherweight crown. Thanh Le’s title is finally set to be contested by Garry Tonon at ONE Championship: Lights Out on March 11.

South Korea’s Kim is currently riding two-fight winning streak. His most recent was a TKO of Martin Nguyen in Sept. 2021. China’s Tang, on the other hand, has not lost since Apr. 2017. He was won his last eight fights with only two going the distance. Some heated words came during their recent press conference.

“Tang Kai, you know what?” questioned Kim. “I really want you to try [to make me suffer]. Who have you ever beat? I really want to ask you, I’ll give you a chance right now, tell me one name that you beat who was legit. And who was ranked or really good. Give me one name.

“You’re definitely scared. You’re so scared. You’re saying my win [over Martin Nguyen] is luck? And your wins are all skill? Come on, man. You know you’re scared. And I know, deep inside you, you know that I’m better than you. And you know I have more tools, I have more weapons, and I’m just better than you all over. You know it deep inside you that I’m better.”

Looking at the combined records of their previous opponents, Kim has a point, as he has definitely fought more veterans. And, being that Nguyen is the former titleholder that Le captured the belt from, a win over him is nothing to scoff at. That being said, Tanh did not mince his words either.

“I think Kim got one thing right, this is definitely going to be Fight of the Night, no doubt about that,” Tang said. “But I think he shouldn’t believe that the fight will go the distance, it will never go the distance. It will end in a knockout, for sure.

The main card of ONE Championship: Only The Brave airs live on YouTube at 7:30 a.m. ET. The feature bout between Kim and Tang should prove to be an exciting one, which also will set up the next featherweight title bout after Le and Tonon meet in March.