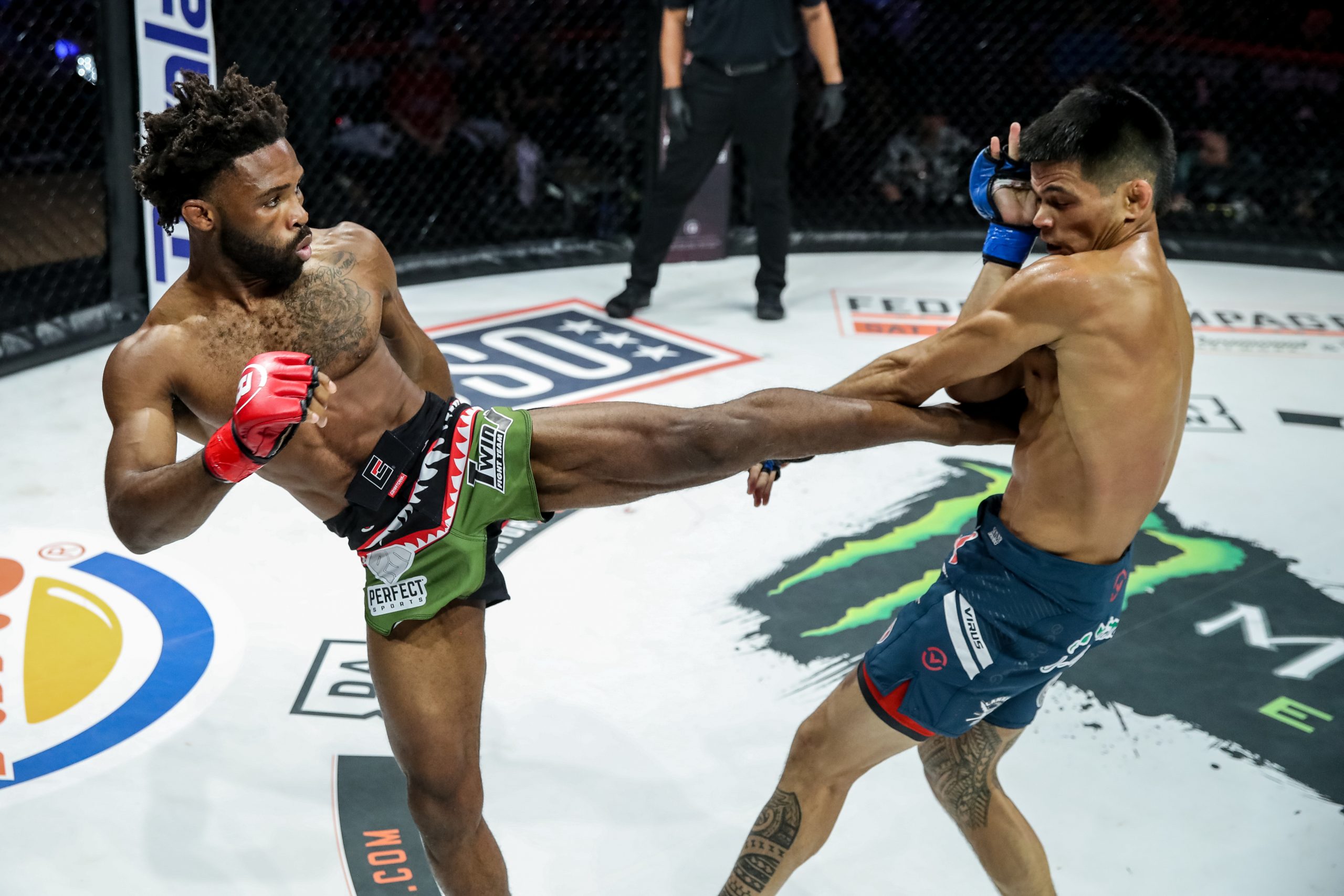 One to Watch: Bellator 258 – Raufeon Stots vs. Josh Hill

Bellator 258 is the promotion’s biggest card of the year so far. In the main event, bantamweight champion Juan Archuleta defends his title against challenger Sergio Pettis. However, there’s another bantamweight match-up on the undercard that should not be missed. It features two of Bellator’s top-10 bantamweights, Raufeon Stots and Josh Hill. A win for either could solidify their place as next in line for the winner of the main event.

Stots holds a 15-1 professional record. He was a two-time NCAA wrestling champion before transitioning over to MMA. He already had 12 wins in his career, including three in the Legacy Fighting Alliance, before he signed with Bellator.

Since signing with Bellator in 2019, Stots has been perfect. He has added three wins in his time with the company, including victories over Keith Lee and Cass Bell. Stots holds the promotion’s No. 4 ranking in the division.

With his elite wrestling always a factor, Stots has continued to develop his stand-up game. He has fast, precise strikes, and he looks to use combinations to work into a takedown. Moreover, he has shown his jiu-jitsu skills in Bellator, especially in a third-round submission over the aforementioned Bell.

Meanwhile, Hill has been fighting professionally since 2009. Prior to signing with Bellator, he had collected wins in the World Series of Fighting, and he also held a spot on season 18 of The Ultimate Fighter. The Canadian was 18-3 when he signed with Bellator.

“The Gentleman” is also undefeated in Bellator, with decision victories over Erik “Goyito” Perez and Vinicius Zani. Hill has shown his diverse skill set by using both his striking and ground game to score dominant decision wins in both of those 2020 bouts. This highlights Hill’s recent momentum. His last victory over Perez demonstrated his ability to beat elite competition. Hill holds the No. 7 spot in Bellator’s bantamweight rankings.

Both Stots and Hill have an opportunity to impress here. In what would be a huge scalp for either man, this fight has huge implications for the bantamweight title picture. Both men will relish an opportunity to impress the title competitors. Moreover, with other big bantamweight fights falling out on this card, most notably the one between Patchy Mix and James Gallagher, this fight could award the winner a shot at the belt.

With evenly matched skill sets and future title implications for the winner, this is definitely one to watch.