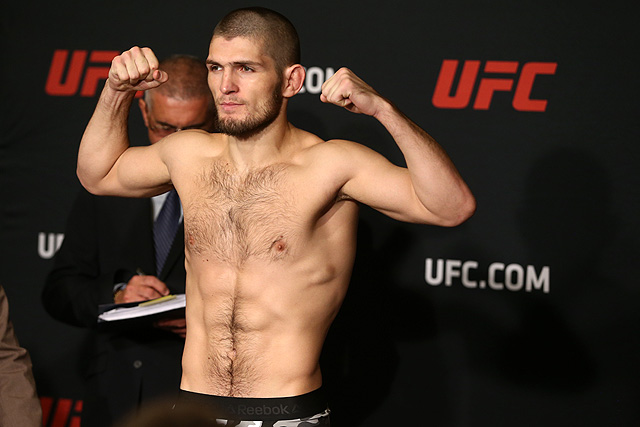 On Saturday, Sept. 7, the Octagon returns to Abu Dhabi for UFC 242: Khabib vs. Poirier. The event takes place from The Arena on Yas Island.

In the night’s main event, undefeated lightweight champion Khabib Nurmagomedov and interim champion Dustin Poirier will unify the 155-pound crown. Dagestan’s Nurmagomedov has not competed since last October due to a suspension for his role in the UFC 229 post-fight brawl with Conor McGregor. Louisiana’s Poirier has not tasted defeat in six straight, including his five-round decision victory over current featherweight king Max Holloway to earn interim gold.

The fighters hit the scales at 10 a.m. ET on Friday, Sept. 6. Video of the action (courtesy of the UFC) appears above, while the results will be posted below as they become available.