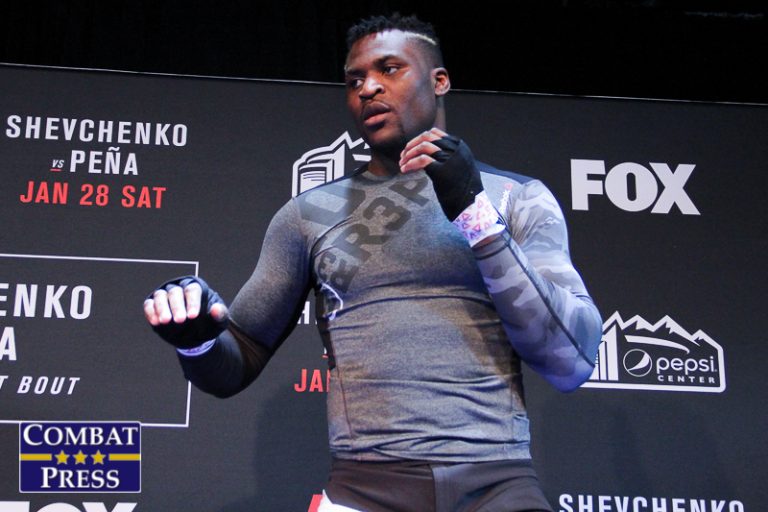 In the night’s main event, heavyweight champion Stipe Miocic put his belt on the line against No. 1 contender Francis Ngannou. The pair met previously at UFC 220, with the champion Miocic dominating the Cameroon-born knockout artist. Miocic had since battled Daniel Cormier on three separate occasions, coming out on top in the two most recent bouts. Ngannou would drop a decision to Derrick Lewis after his failed title challenge, but rebounded with four-straight, first-round knockouts to earn a second crack at gold.

The event kicked off with a preliminary-card stream on ESPN+ at 7:30 p.m. ET. The action switched to ESPN for the televised prelims at 8 p.m. ET, with the five-fight main card airing at 10 p.m. ET via ESPN+ pay-per-view.