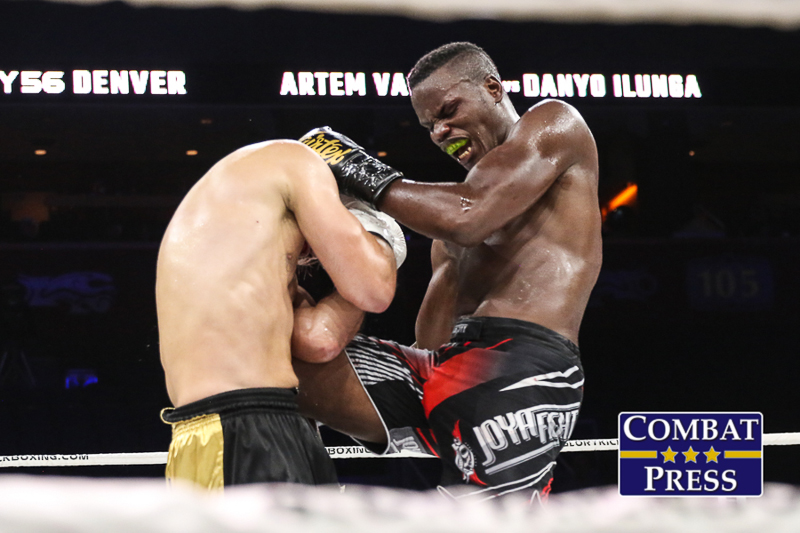 Steko’s Fight Club Kickboxer Danyo Ilunga: ‘I Am a Fighter’

GLORY veteran Danyo Ilunga is perhaps one of the most undervalued fighters in kickboxing. The 33-year-old has had his ups and downs, but he’s currently on a two-fight winning streak while competing for the Steko’s Fight Club promotion. Combat Press recently spoke to the decorated kickboxer.

Tell us the story of how your family moved from Congo to Germany.

My family and I had to flee the Congo because of the political situation there. Since my father, also a former boxer and even a politician and pastor, belonged to the government’s political opposition and the political climate became increasingly dangerous for oppositionists, he decided to flee to protect the family.

What does your nickname, “Dibuba,” mean?

“Dibuba” is a word used for the head of a village. It can be equated with the word “king” in English.

How did you meet Remy Bonjasky? Is he still your head coach?

I’ve always been a fan of Remy’s. I liked his fighting style. One day, I fought one of his fighters and won. Since he knew my ex-manager, he asked him if I would do a seminar with him, so the contact arose between us.

At the moment, we are concentrating on different projects, but the contact remains good between us. Since I am now fighting for Steko, I usually train with them to prepare for my fights.

GLORY 9’s 95-kilogram Slam tournament was one of the most exciting tournaments in the history of the promotion. You did great there, but the final, in which you took on Tyrone Spong, was terribly spoiled by the referee’s early stoppage.

I had trained very hard and was in top shape. In the end, however, I was very disappointed, as you can imagine. After all this work, I was very shocked by the referee’s decision. No one understood what was going on there. What was even more disappointing was GLORY’s reaction. Nothing came from them, even after some complaints from fans on both sides. As a fighter, my main concern is to offer good fights. Our fans are not only looking for wins. They pay to see good battles. That’s exactly what I wanted to offer against Tyrone Spong. Unfortunately, I was robbed of the opportunity to do so.

During the last several years, GLORY has lost many top-class fighters, including you, Gokhan Saki, Pavel Zhuravlev and Giorgio Petrosyan. Why do you think this is happening?

In my opinion, GLORY continues to face [the loss of] many good fighters because the proper treatment of the fighters is not guaranteed there. GLORY treats fighters more like numbers that can be easily replaced. Even longtime and pioneer fighters from GLORY are not given the right appreciation.

I became a victim of this negative treatment several times. One of many prominent examples was the way I was robbed of the chance to win at GLORY 9. Tyrone is a fighter I appreciate, but the treatment by GLORY was only catastrophic. They push fighters to leave, and that is a shame.

You are still one of the best in the light-heavyweight division, but from 2015 to 2017 you had a terrible losing streak through seven fights. How did you find motivation to continue and get back into the win column?

Well, I am a fighter in the first place; a loss is just an indication for me to do more. The more you lose, the more you must do. So there is no way a loss can stop me from [continuing] on fighting. My motivation is my love for sports and my love for fans.

Are you planning to come back to GLORY when quarantine is over?

I usually never say never, but I’m pleased with Steko at the moment. At Steko, I feel valued as a fighter, and I’m [treated] with respect, as it should be. The respect they give me is an incentive for me to continue working with them. However, if I ever fight for GLORY again sometime, both the treatment and the financial [incentive] must be right.