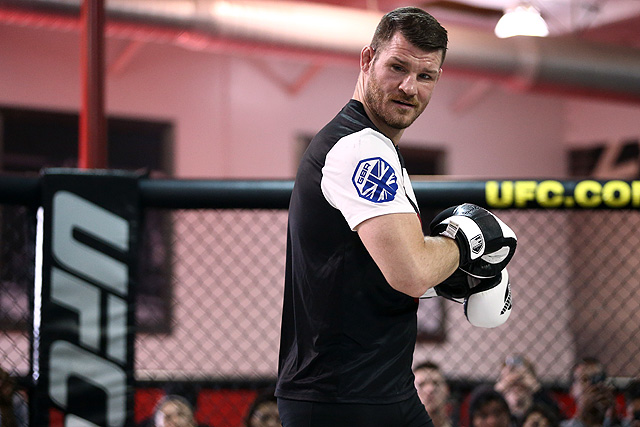 He’s had a UFC career spanning over 10 years, but this year, 2016, was his best year yet. At 37 years old, Michael “The Count” Bisping has been achieving goals and getting his revenge on former opponents.

At one point, Anderson “The Spider” Silva was Bisping’s biggest goal. The British fighter even discussed this after his unanimous decision win against Silva in London. “I wanted this fight my entire life,” he said.

The fight he had wanted, he got. One goal was achieved. The one thing that still eluded him, however, was a title fight. UFC 199 was supposed to be a highly anticipated match-up between middleweight champion Luke Rockhold and challenger Chris Weidman, but the injury bug struck Weidman, who underwent neck surgery. On just 17 days’ notice, Bisping finally had his title shot.

Bisping stepped into the Octagon at UFC 199 and in just three minutes and 36 seconds into the first round, he gained redemption for all those other missed opportunities. He got revenge on Luke Rockhold, who had previously defeated him in 2014 and did so using just 21 significant strikes. The victory tied the UFC record for most wins, with 19.

A fired-up, rejuvenated Bisping was finally the champ. He still has one final piece of revenge to achieve, though.

Before 2016, Bisping’s most famous moment was not a happy one for the Brit. He was the guy whom Dan Henderson viciously knocked out at UFC 100. Now, with two accomplishments of revenge already checked off the list in 2016, Bisping will look to defend his title and avenge the brutal knockout loss to Henderson when the two men fight in Bisping’s native England at UFC 204.

Henderson has stated that this fight against Bisping will be the last of his career, but he also shares dreams of a capturing a title that he has never held. These are two legends in the UFC, both seemingly destined for the UFC Hall Of Fame, who will look to capture their moment of glory in their own way and end an incredible chapter in their fighting careers.

Henderson has the opportunity to win the coveted UFC belt and retire on top. Bisping has the opportunity to get revenge and show the world he was worth all 10-plus years of his UFC career. Wins over Henderson, Rockhold and Silva would make any fighter’s year a stellar one, and in doing so while defending a belt that he’s waited so long for, Bisping couldn’t be in a better position heading into UFC 204.

At UFC 204, Bisping has his opportunity for revenge and a chance to defend his belt. However, most importantly, when he steps into the Octagon in his backyard of England, Bisping will have the opportunity to cement his career status as one of the greatest to ever fight in the UFC, no matter how long it took for him to prove it.