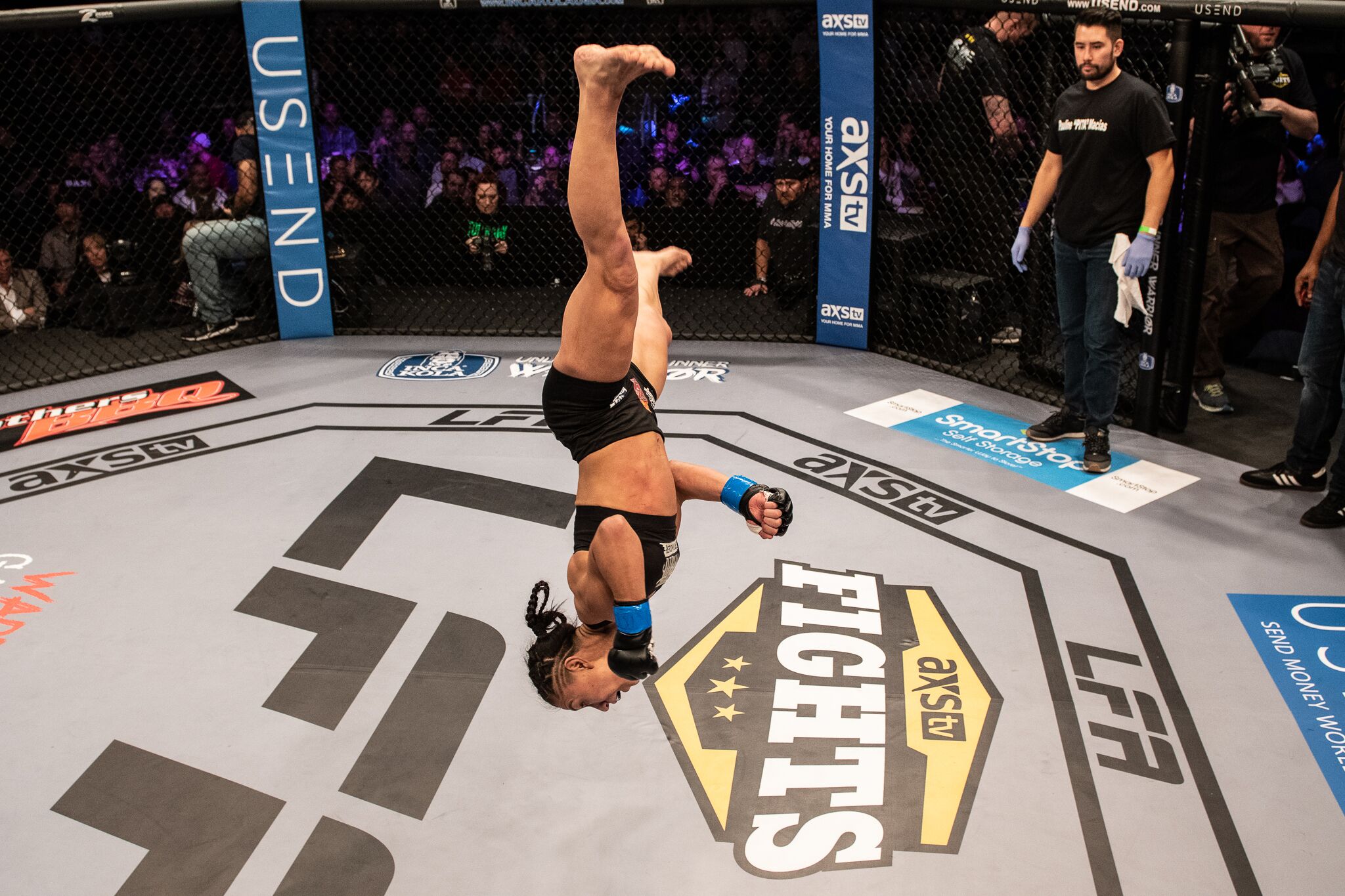 Five Women’s Strawweight Prospects the UFC Should Sign in 2020

In June 2018, Svetlana Gotsyk suffered her most recent loss, a first-round armbar tapout at the hands of Magdaléna Šormová. She was 21 years old at the time. A day after her 23rd birthday, the Adrenaline Fight Club product scored a first-round armbar finish of Šormová to avenge the prior loss. It was a huge victory that elevated Gotsyk into top-prospect status.

The win showed the quick growth for the young Ukrainian fighter. Gotsyk went 2-0 overall in 2019, adding a win over Brazilian veteran Edna Oliveira to her victory over Šormová. She has fought some very good opponents, including current UFC champion Weili Zhang. Gotysk is clearly a talented submission grappler, as most of her wins have come by way of tapout. That said, her striking has been improving from fight to fight. As she continues in her MMA journey, she will become an even more dangerous fighter.

Gotysk is still young, so the UFC may not be rushing to sign her quite yet. However, she should be on the short list of strawweights the UFC needs to get rostered as soon as possible. Despite her youth, she’s proven that she’s ready for bigger and more difficult fights.

This may be the biggest longshot of all the fighters listed in this series. However, given her hype, background and upside, Pauline Macias should be on the UFC’s radar for a 2020 Octagon debut. The Elevation Fight Team product is undefeated as both a pro and an amateur, so she’s clearly developing the skills needed to participate at the highest level.

Macias is an Olympic-level judoka who is a longtime friend of UFC legend Ronda Rousey. As such, it’s no shock that she’s a great grappler with strong takedowns, good positional grappling, and a solid submission arsenal. In 2019, she scored two wins as a pro, taking out Sarah Shell and Madaline Meacham under the Legacy Fighting Alliance banner. Of course, the LFA is a UFC pipeline, which has definitely provided her with a chance to catch UFC President Dana White’s eye.

The problem is that she has fought three women with a combined record of 1-3. That will likely make it tough for her to warrant a UFC call-up. She will have to get busy soon in stepping up her level of competition. She’s a respected athlete in the same way Mackenzie Dern was when the UFC signed her, so it’s possible the UFC would be interested in building her up like it did with Dern.

The UFC seems to always be in search of the next superstar to market to Mexican fans, and it could have one in Bonebrakers Team’s Melissa Martinez. The exciting young fighter is the Combate Americas strawweight champion and has proven to be one of the top female fighters in any weight class outside of the UFC.

Martinez is a very skilled striker who has finished five of her seven bouts via knockout. She has vicious kicks and a strong killer instinct, which is why she’s able to score those highlight-reel finishes. The Combate Americas champ registered two wins in 2019. She started the year off by destroying Caroline Gallardo with a knee and punches. Martinez went on to secure the Combate belt with a decision nod over fellow highly regarded prospect Desiree Yanez.

Martinez is an undefeated finisher and certainly a marketable fighter. It would be a surprise if the UFC isn’t chomping at the bit to sign her. She has a high ceiling and could be in title contention at some point in her UFC tenure. It’s likely she will join the UFC ranks in the first half of 2020.

There’s not as much Japanese talent these days as in previous years, but, clearly, Invicta strawweight champion Kanako Murata has been impressive. The 26-year-old has quickly ascended to stand out amongst a somewhat shallow pool of strawweight prospects.

Murata is a bit undersized at 5-foot-1, but she makes up for it with her excellent wrestling pedigree. Wrestling in women’s MMA is always the most advantageous tool, as most female fighters have striking backgrounds and tend to not wrestle at a high level. Murata scores takedowns with ease and has the grappling skills to finish fights. She went 3-0 in 2019, scoring submissions over Liana Pirosin and Saray Orozco before earning the Invicta title with a decision nod over Bellator veteran Emily Ducote.

That Invicta strap almost guarantees that Murata will be signed by the UFC. Given her wrestling acumen, track record, and accomplishments, there’s no reason why the UFC should pass on Murata.

Mallory Martin initially inhabited this final spot on the women’s strawweight list, but the UFC beat us to the punch by signing her. In Martin’s place, let’s look to Brazilian Julia Polastri, an underrated fighter who is not currently on the radar of many MMA scouts. It’s a shame, too. She’s not only a skilled fighter, but an exciting one as well. Polastri’s 2019 campaign was strong enough to earn her top-prospect status.

The CWB Muay Thai College export is a striker with great traditional Muay Thai striking skills. She’s accurate and devastating, and three of her seven wins have come by strikes. The year 2019 was a huge one for the Brazilian. Her first two fights of the year resulted in a decision over top regional fighter Daniela Maria da Silva and a knockout of Geisa Veloso. This led to a Shooto Brazil strawweight championship bout, where she scored another upset knockout over Invicta staple Jessica Delboni to snag the gold.

The strawweight division is short on top prospects right now, which makes Polastri even more attractive. Combine her regional champion Status with her skills and willingness to throw down with her opponents, and you have a fighter who would be a more-than-welcome addition to the 115-pound division of the UFC.