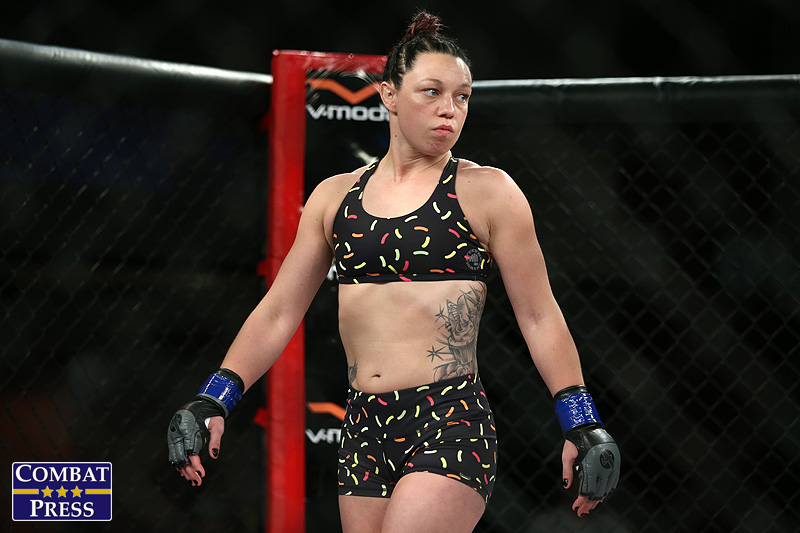 The show’s first episode of the new season takes place on June 18. The ESPN+ stream gets underway at 8 p.m. ET.

Punahele Soriano is not only the best prospect on the episode, but he’s also the most exciting. Despite his state championship chops, Soriano is not much of a wrestler in the cage. Instead, he’s a headhunter who loves to engage in wild brawls. All of his fights have ended in finishes in the first round with authority. Any man who engages in one of these rock-’em-sock-’em-robot bouts with Soriano risks getting put to sleep from punches or submitted while in a daze. The 26-year-old Hawaiian is highly athletic and explosive. He does not have the most impressive resume, but he is undefeated through five bouts and has all the tools to be a mainstay. His exciting, reckless style will really catch the eyes of UFC President Dana White and the boys.

This will be a barnburner, but that’s not the reason this is the best fight on the card. The real reason is because this contest includes two veterans who, under different circumstances, could already be on the UFC roster right now. They’ve earned their stripes. They will be hungry and look to engage in an eye-catching bout. It will be high-level stuff that fans will appreciate. Hopefully, the UFC brass will share this sentiment.

Brok Weaver is a wildman. He looks to entertain the masses, but he falls near the bottom of the heap in terms of high-level guys on this card. Weaver does own a win over Contender Series alums Tyler Hill, a longshot himself who was absolutely destroyed by Dwight Grant, and Max Mustaki, who got creamed by Jalin Turner. The 27-year-old Weaver has certainly gotten better, but wins over Contender Series losers and Charles “Krazy Horse” Bennett (a decade-plus after his run in Pride) are hardly signs of a UFC fighter in the making. Weaver has an uphill battle against a solid prospect in Leon Shahbazyan.

There were a couple fighters worth consideration for this tag, but heavyweight Alton Meeks ultimately takes the honor. He is an intriguing fighter who landed on this card when Jimmy Lawson lost a Titan FC fight and the UFC elected to replace him in the lineup. The 25-year-old Meeks is a former collegiate football player at Iowa State. He’s 6-foot-3 and cuts to make the 265-pound weight limit. As a mixed martial artist, he’s undefeated as both an amateur and a pro. All of his wins have come quickly in the first round by knockout. His opponent, Yorgan de Castro, has a tad more experience, but Meeks could really make a name for himself on this episode.

Soriano will be signed. He’s in the headlining slot, he’s extremely exciting, and he has all the qualities Dana White desires in a fighter.

Shahbazyan will likely score a finish in his fight. He’s further aided by his brother Edmen’s status as a current member of the UFC roster. He also trains at the gym Ronda Rousey ran with when she was active, which doesn’t hurt his chances either.

The UFC needs heavyweights, and the company really like athletic guys with a killer instinct. Meeks will have them jumping out of their seat with a brutal finish. Given his athletic background, the UFC may also consider offering him a contract.