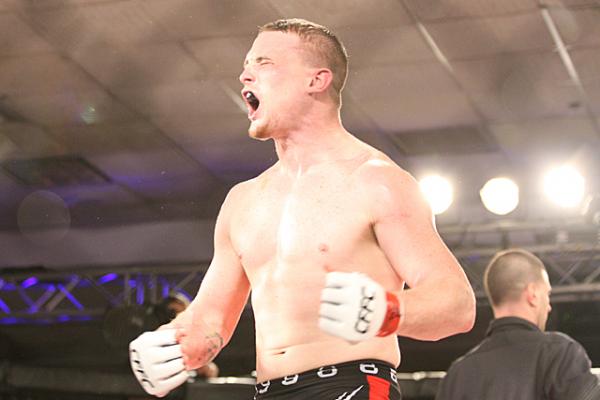 The show continued with its seventh entry last week, and now it returns for its eighth episode on Aug. 7. The UFC Fight Pass stream gets underway at 8 p.m. ET.

Longtime Cage Fury Fighting Championships veteran Joseph Lowry is an 8-0 top prospect in the lightweight division. He appears to be UFC-ready, too. He’s well rounded and tough as nails. Lowry has increasingly taken on tougher fighters each time he’s stepped into the cage. He has knockout power and a strong ground game. His unblemished record will be at risk against a tough opponent in Devonte Smith. However, he will succeed here. Lowry is just 28 years old, so his best days are ahead of him.

Smith is a brutal finisher. Lowry is a top prospect. Add these two things together and we have a lock for “Fight of the Night.” Neither of these guys will take a step back. They will be gunning for the finish from the onset. UFC President Dana White and the boys will be more than impressed with this display of MMA.

There are a lot of quality lightweights out there in the regional MMA scene, so Jacob Kilburn’s inclusion on this card is a little curious. The 6-1 fighter has not really fought anybody of note. His best career wins have come over Elvin Leon Brito in back-to-back outings. He lost last year via rear-naked choke to a 16-fight veteran with a .500 record. That’s a highly questionable blemish on his brief resume. Kilburn is just 23 years old, though, and has a lot of time to improve. For now, however, the UFC probably could have passed on him for somebody else.

At just 26 years old, 11-1 featherweight Alex Gilpin has flown under the radar for a couple years now. The Wisconsinite is a well-rounded young fighter who rarely goes to decision and competes in exciting bouts. His only career loss came in July 2016 when he was bested by current UFC fighter Dan Moret. Gilpin’s level of competition has been increasing over the last few years, and he’s been solid throughout this progression. Even though he’s under the radar, he’s a guy to keep an eye on at this event.

Greg Hardy didn’t get the full-blown UFC contract in his episode-one victory, but a win here will definitely put him on a UFC card.

Kennedy Nzechukwu will follow in the tradition of fighters winning two Contender Series fights and score a contract for his efforts.

Lowry’s a lightweight who could succeed greatly under the UFC banner.