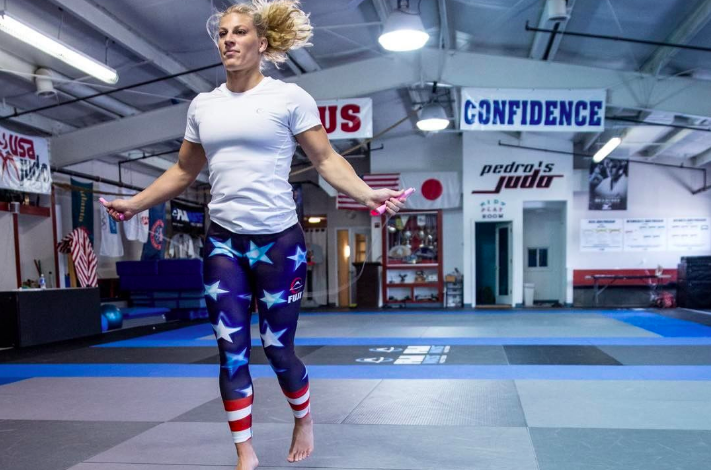 PFL’s Kayla Harrison: A Star In the Making?

Kayla Harrison is a decorated judoka. She has earned an Olympic gold medal twice. She won the Pan American Games in 2011 and again in 2015. She snagged a world championship in 2010. Harrison, an Ohio native, will look to climb to the top of the MMA mountain using what she knows best — hard work and dedication — but can this 27-year-old super athlete become the star the Professional Fighters League needs her to be?

Harrison followed her former training partner and fellow judoka Ronda Rousey into MMA. Harrison, like Rousey, has an incomparable work ethic that has been the backbone of her success. Unlike Rousey, the former two-time Olympic gold medalist is dedicated to the sport for the long haul.

Harrison will make her long-awaited MMA debut this week when she walks to the PFL cage for the very first time. PFL head Ray Sefo and company must think highly of Harrison, for they are throwing the judoka into the cage with Brittney Elkin, a veteran of seven professional fights.

Harrison has been training at American Top Team in Coconut Creek, Fla., since she announced her transition into MMA in 2016. Her work with the likes of coach Mike Brown has no doubt improved Harrison’s rudimentary stand-up game, but make no mistake about it, Harrison’s bread and butter will always be her judo.

The comparisons will inevitably be there. Rousey and Harrison will forever be linked, for better or worse. Rousey, the fighter-turned-pro-wrestler, did wonders for women’s MMA and ushered in a new era. Harrison will now look to complete the paradigm shift.

More so than carving out her own place in the MMA landscape, Harrison needs to become the draw for the PFL that Rousey was for the UFC. If the Olympian can attain even half the accolades her former training partner once did, Harrison will be well on her way and the PFL will have its much-needed star.

Harrison, however, is an anomaly in the PFL. The promotion, formerly known as the World Series of Fighting, does not have a women’s roster in place in any weight class this season, so the judoka must settle for one-off feature fights for the time being.

Harrison will take her first step in what she hopes will be a long and triumphant career on Thursday night at PFL 2. Only time will tell if this Olympian can become the star the PFL needs. It would seem as if the future of women’s MMA in the PFL is largely dependent on how Harrison fares. To a lesser extent, the future of the PFL itself might depend on her success.