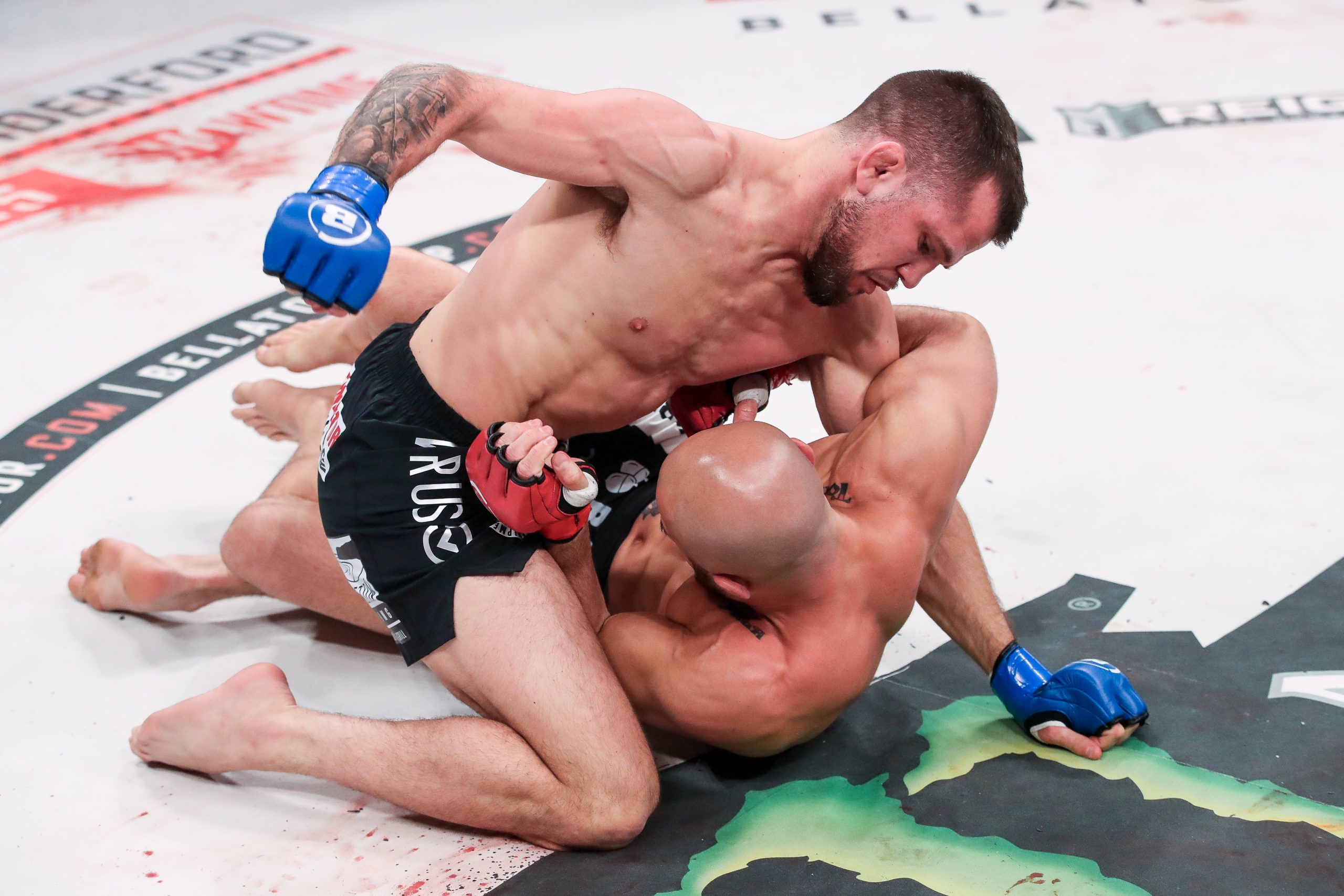 Bellator is returning to Milan, Italy, for the first time since Oct. 2020. Although the fight card doesn’t feature household names, Bellator 287 currently features an astonishing 18 matchups, which will take place at the Allianz Cloud Arena.

In the main event, two unranked lightweights will go toe-to-toe with the hopes of making a statement to the rest of the division. Adam Piccolotti will welcome promotional newcomer Mansour Barnaoui, who has high expectations after dominating Road FC.

The co-main event is an action-packed middleweight bout between number two-ranked Fabian Edwards and Charlie Ward, who is on a four-fight win streak. The stakes are high as Edwards looks to continue on the road to a title shot.

Bellator has also booked a variety of exciting fighters and match-ups, including Justin Gonzales vs. Andrew Disher, Saul Rogers vs. Tim Wilde, and Sarvadzhon Khamidov vs. Jose Maria Tome. Don’t let the lack of star power take away from the hidden treasures that fill up the Bellator 287 fight card.

The preliminary card airs live on YouTube starting at 4 p.m. ET, with the main card following on Showtime starting at 12:30 p.m. ET. Check out the full preview and predictions below.

Mansour Barnaoui makes his Bellator debut in the main event against Adam Piccolotti; does the Frenchman overcome the new-promotion jitters to pick up a statement win?

Mansour Barnaoui could end up in the lightweight Grand Prix with an impressive win against Adam Piccolotti. Three of Barnaoui’s four losses were against Kevin Lee, Islam Makhachev, and Mateusz Gamrot, all by decision. The Frenchman has never been finished, and he’s riding a seven-fight winning streak, all finishes, including four first-round submissions.

Piccolotti’s ground skills are also reliable, but his inactivity has been an issue, with only four fights since 2019. Piccolotti returned in Feb. 2022 with a unanimous decision win against Georgi Karakhanyan. The California native is now looking to ride that momentum into the Bellator 287 main event.

Both fighters have high-level grappling skills. The difference-maker comes from striking. Piccolotti has improved over the years, but Barnaoui’s striking is more consistent. ‘Tarzan’ should be able to negate Piccolotti’s ground game and out-strike him on the feet, leading to a unanimous decision.

Fabian Edwards took out the legendary Lyoto Machida in his last bout; does “The Assassin” continue to impress by defeating another former UFC fighter in Charlie Ward?

It would be a lie to say Fabian Edwards vs. Charlie Ward wasn’t somewhat of a head-scratcher when announced. The match-up is undoubtedly intriguing, stylistically, but Edwards being the number-two ranked middleweight, and Ward being unranked, leaves “The Assassin” with a lot of risk to little reward against the Irishman.

Edwards is a bad match-up for Ward on paper. The brother of UFC welterweight champion Leon Edwards has patient and calculated striking that tends to disrupt Ward’s offense. As long as Edwards doesn’t let “Relentless” make the fight ugly, Edwards should be able to get a finish in the second or third round.

A pair of English standouts meet in the lightweight division, as Saul Rogers faces Tim Wilde; which man gets the job done and comes away with the win?

Anytime Tim Wilde is on a Bellator card, there’s a solid chance he is in a “Fight of the Night” candidate. Wilde’s unorthodox striking is fun to watch and difficult for most opponents to figure out. Meanwhile, Saul Rogers was a big prospect after The Ultimate Fighter Season 22, but he hasn’t met his expectations in Bellator.

Rogers tends to thrive when his opponents are willing to strike with him. Wilde fits that description, but his funk style could give Rogers trouble. Both fighters will likely have success striking, but Wilde’s style should lead to a split-decision victory.

Sarvadzhon Khamidov vs. Jose Maria Tome is the sleeper fight. Both fighters are making their Bellator debuts and are looking to make a statement. Khamidov enters as a massive favorite due to his perfect record of 13-0 and consistency against high-level fighters.

Tome is entering his 50th professional MMA fight at 40 years old. The Brazilian has fought worldwide and has the experience to pull off an upset. This Bellator 287 preliminary bout could be a showcase for Khamidov or a reminder from Tome that experience is critical in MMA.