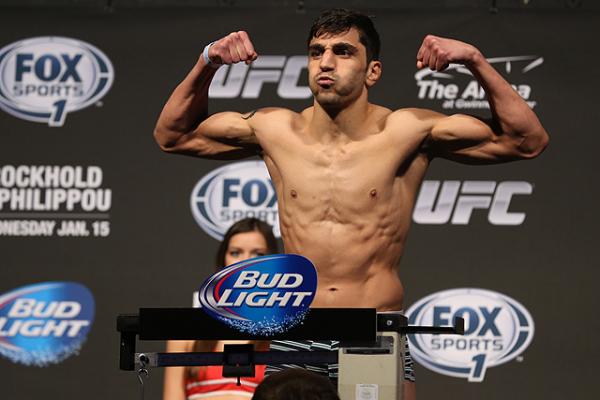 Unlike concerts, Broadway shows, movies or television programs, sports is not just blatantly for entertainment right out of the gate. Kids grow up playing sports from a very young age, and it is really just about having fun. However, when it gets to the professional level, the almighty dollar takes over.

In MMA, the business side has morphed into an enormous monster that overpowers all logic and reason. For example, why have fans seen Conor McGregor fight non-title defenses twice against Nate Diaz while holding a belt? Why was Kimbo Slice fighting Dada 5000 in the co-main event of a major promotion? Why did Phil “CM Punk” Brooks get paid five times as much as some promotional veterans for a main-card spot with an 0-1 record? The answer is not merit-based. That’s a given.

It’s not just the fans that hate this side of the business. It’s a very common theme when talking to fighters, too. It makes more sense to have a clear, defined path, especially to a title. That’s what the Professional Fighters League is attempting this year.

The PFL has brought together a lot of great talent, including veterans from just about every major promotion out there, to compete in a tournament format across six different weight classes. There will be a regular season, playoffs and a championship round where the winner of each division walks away with a cool million dollars. One of the lightweights is former season finalist of The Ultimate Fighter 13 Ramsey Nijem, who competes on June 21 at PFL 2.

“The format just makes sense,” Nijem told Combat Press. “I’ve had a lot of people that I didn’t even know were into MMA come up and tell me how excited they are for this tournament. They can understand how the season works and how a playoff works. For an average, casual sports fan that watches all kinds of sports, it’s easier to comprehend, as opposed to trying to find out who’s fighting each weekend.

“That’s what fighting is meant to be. We all enjoy fighting for a reason. I started wrestling, because I didn’t enjoy the politics of playing team sports. Wrestling is a simple concept. You win a wrestling match, you go on. You beat the guy, you get [a] varsity spot. It’s just super simple. It’s about competition.

“Really, at the end of the day, I love the entertainment business. I love making people laugh. I love having fun. But, when it comes time to compete in martial arts, I’m pretty serious about that. That’s my passion. I want it to be set in stone and understand how I can move forward.”

For Nijem, this is a perfect fit. Nothing is more cut and dry than a tournament format, and it will be very easy to follow PFL for this inaugural season. If there’s any confusion, the PFL website shows the standings. Unlike the ranking systems for some major promotions, these standings actually mean something. In addition to a clear path, the PFL is also carrying over a concept that always resonated with its predecessor, the World Series of Fighting, and that’s the idea of putting fighters first.

“I’m so excited,” said the two-time TUF vet. “They’re super cool guys, and super respectful of fighters. They really take care of us, even with the little things, like booking us rooms with two bedrooms, instead of all of us having to share a room. All of those little things have been adding up.”

Nijem is coming off his second run on TUF. His first appearance was during a very memorable 13th season, when he lost to top lightweight Tony Ferguson in the finals. His second go-around was at The Ultimate Fighter: Redemption, the show’s 25th edition, in early 2017, when he was able to compete against other TUF vets. He knocked out Julian Lane in the preliminary round, but lost his quarterfinal bout against James Krause by decision.

“It was fun,” Nijem admitted. “It was definitely a different experience being there with a bunch of veterans. They were all tough-ass dudes. It was cool, because all you had to do is focus all day on training, and you have guys who are your weight at a really high level to train with. It was like an MMA camp for all of us. Not only that, but we learned a lot about the business stuff. There were guys that owned their own gyms. It was the second time for all of us to be on there, and it was a more fulfilling experience.”

The “redemption” aspect of that TUF season could not have applied more to a guy like Nijem. Until his fight against Lane, he hadn’t seen the inside of the cage since his last UFC fight, which took place in July 2015. Things may not have gone as planned on the show, but it allowed him to get back in the saddle.

“It’s not about Twitter followers or who’s talking the funniest crap lately,” Nijem said. “I mean, I can understand that it’s an entertainment business at the end of the day, but it’s also fighting, it’s also a sport, and we want to see who the best fighter is in the world.”

Nijem’s first opponent in the PFL season will be WSOF, UFC and Bellator veteran Brian Foster. Foster has been under the WSOF banner since January 2015, and he is coming off a loss to Jon Fitch from the inaugural PFL card one year ago.

“I’ve got a lot of respect for Foster,” Nijem said. “He’s been in there with some of the toughest guys, but he’s never faced anyone with my abilities. He’s fought tough guys who are really good, but I’m part of that new generation. I’ve been doing MMA my whole life. For my first MMA sparring, I think I was only like 10 years old. My wrestling’s been based off MMA. My boxing’s been based off MMA. My jiu-jitsu [too]. I just feel like I’m a different beast and put everything together at a different level than most people can understand.”

Nijem has run the gamut in terms of camps. He was part of The Pit Elevated in Utah for several years. Then, he moved out to his native California to train with Tareq Azim at Empower Gym. Nijem has since moved back to Utah. However, instead of being part of a traditional camp, he is more focused on what he needs to get better at, and he has been a bit nomadic as a result.

“I’ve been living in Salt Lake the last couple years,” Nijem explained. “I moved back and have been training with Court McGee and a bunch of different guys. It’s been pretty cool. I’m training at a bunch of different gyms. Like today, I was at Jeremy Horn’s Elite Gym and got some work in with his guys. I went to Unified BJJ gym and sparred in the cage. It’s been really cool, because I have, like, no alliances to any gym. I’m just getting my best training in. It’s not like I’m part of this team or this team. It’s just Team Nijem and how can I get my best training.

“When you’re part of a big team, it has its aspects, but it’s not a team sport. It’s not like if you’re on Jon Jones’ team, it’s like being on LeBron [James’] team, where he’ll take you to the finals. You’ve got to do your own work, and you’ve got to win your own fights. That’s why I’ve kind of always focused on my own self, at least since I moved to California, and how I can get the best training.”

In addition to the more focused training regimen, Nijem’s personal life has evolved. He recently got engaged to marry his girlfriend Whitney next year.

“She’s one of my biggest supporters,” said Nijem. “She helps me make food and get me ready for my fights. We go to the gym together. It’s pretty fun, man. It’s a lot more fulfilling experience to be able to do it with someone, instead of doing it alone all the time. Sometimes, you get in your own head. You’re sitting here after a tough workout, and you might doubt yourself. It’s good to have someone here to reflect back to you with emotions and feelings.

“We were going to try to [get married] this year, but the tournament has been time-consuming. A lot of what I’ve been working on is just training. I’m trying to do all my heavy training now. That way, when I’m in the season, doing the whole thing, I can just kind of lighten it up. As soon as I found out about this, I’ve been training really hard. Obviously, I’ve been going outside, running in the mountains.”

When Nijem appeared on his first season of TUF, he was 23 years old and single. He had only five pro fights under his belt and created the goofy persona known to fans as “Stripper Ramsey.” Today, he’s seven years older. He’s had 15 fights and is engaged to marry the love of his life. That’s a long way to come. The biggest game-changer is that the promotion cannot get in his way for business purposes.

“I’m better than I’ve ever been,” Nijem said. “I’m 30 years old. I’m starting to hit my prime. I’m excited to show myself with full self-confidence. When I was fighting young, I didn’t always 100 percent believe in myself all the time, and that’s one of the biggest changes. My body has caught up to my abilities. My abilities have caught up to where I’m at. I was fighting the best guys when I was in my early 20s, while I was still trying to learn how to fight. Now, I feel like I have a great concept of martial arts. I’ve been fighting professionally over 10 years, and I just turned 30. I feel younger and I feel stronger than I have ever felt, but, most important, I feel smarter than I’ve ever been.”

On Thursday night, Nijem will have his very first fight as a thirty-something. He couldn’t be more excited. The path is clear and defined. Foster will be Nijem’s first stop on the road to a million bucks.