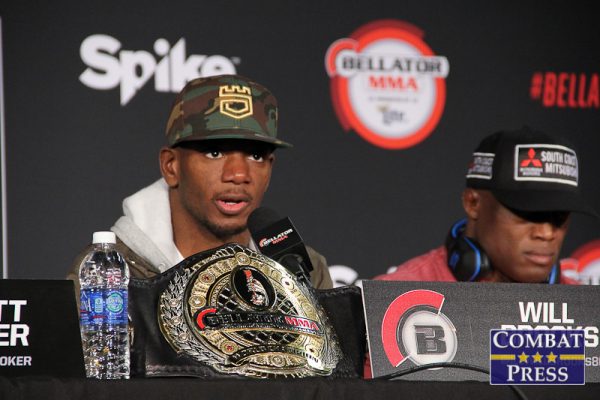 Professional Fighters League: Season One Off and Running

The Professional Fighters League regular season got off to a quick start last week at the Hulu Theater in Madison Square Garden. The upstart MMA promotion shows no sign of slowing down rolling into Chicago for its second show.

“MMA Reimagined!” It may be a lofty statement, but who really thought the season format would work in mixed martial arts? It’s far too early to declare the PFL a smashing success, but the first night of fights unfolded with a compelling point system in play. Quite simply, a fighter gets three points for a victory. They get an additional three points if they finish the fight in the first round, two additional points are awarded for a finish in round two, and one extra point for a third-round stoppage. Easy enough.

The production is crisp. The rebranding/relaunching of the World Series of Fighting as the PFL has gone surprising well. Ray Sefo and company have put an incredible group of MMA legends and personalities together that really seem to mesh. Randy Couture, Bas Rutten and Todd Harris all did an excellent job calling the action cageside, and Yves Edwards working the thugjitsu-caster was surprisingly entertaining.

However, the most well-received association the PFL has made in its short-lived history is aligning itself with the admirable Brian Stann. The former UFC middleweight will serve as an ambassador to all the fighters under contract with the PFL.

The PFL touches down in the Windy City for its second event. The light heavyweights and the lightweights will be on full display at the Chicago Theater on June 21. Chicago’s own Will Brooks will be the last man to make the walk to the cage on this night, and the former Bellator champ and UFC veteran can’t wait to establish himself as the man to beat in PFL’s 155-pound division.

Kayla Harrison is scheduled to make her professional MMA debut in Chicago. Harrison is a highly touted judoka that signed with the WSOF in 2016. Now, just a couple short years later, Harrison, with the help the American Top Team, is ready to unleash her brand of violence on the women of the PFL. Harrison’s match will be a one-off, though, because the PFL doesn’t have a women’s 145-pound season scheduled for 2018.

Competition is good, but good competition is even better. This is exactly what the PFL has going for it. The thought of a season format just didn’t seem plausible in combat sports until now. In a few years, thanks to the innovative ideas of the PFL, it may be the norm.