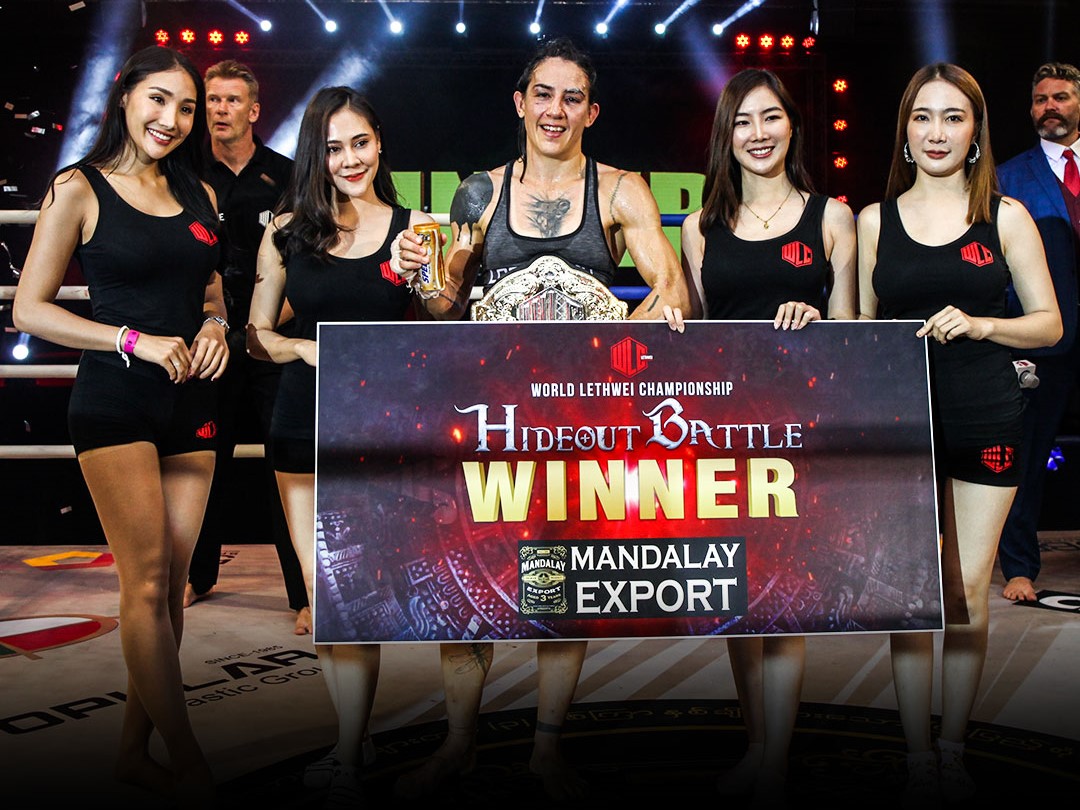 In the night’s main event, France’s Souris Manfredi made history as the first female lethwei world champion, stopping Spain’s Maisha Katz by TKO at the end of the fourth round.