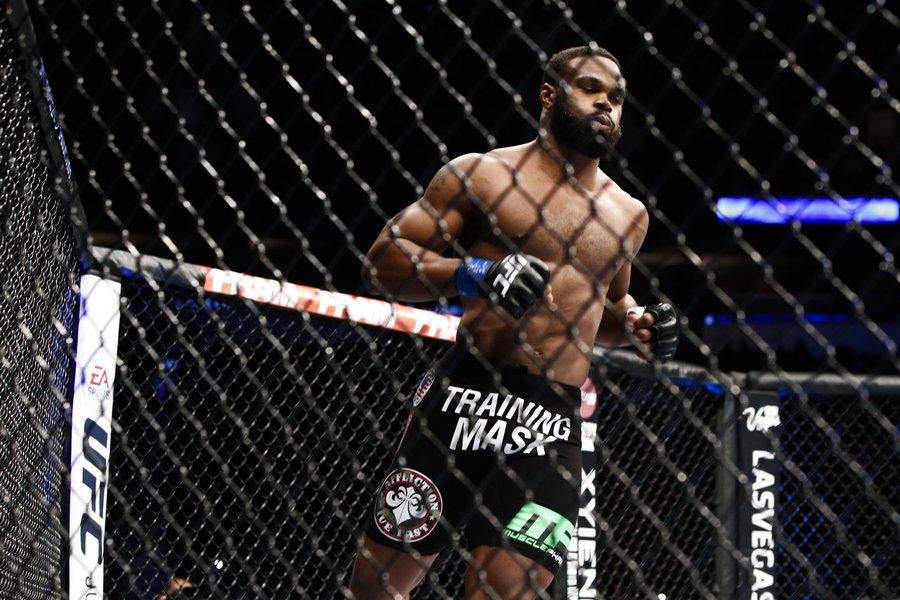 The promotion has announced that surging welterweight Kelvin Gastelum will square off with Tyron Woodley on Jan. 31 at UFC 183 in Las Vegas.

The Ultimate Fighter 17 winner Gastelum kept his unbeaten record intact at UFC 180, submitting Jake Ellenberger in the first round. The win moved the 23-year-old’s record to 10-0, including five straight inside the Octagon. The Arizona-based fighter cracked the top-10 rankings with his most recent victory.

Woodley, meanwhile, will look to build on his 61-second destruction of Dong Hyun Kim at UFC Fight Night 48 in August. The former Strikeforce title challenger has gone 4-2 in his six appearances under the UFC banner. The 32-year-old will look to get back into title talk with a win over Gastelum

UFC 183 takes place from the MGM Grand Garden Arena in Las Vegas on Saturday, Jan. 31. The event will be headlined by a middleweight contest between former UFC champion Anderson Silva and former welterweight title challenger Nick Diaz. Also on the card will be a pivotal women’s bantamweight clash between former title challengers Miesha Tate and Sara McMann. The night’s main card will air live on pay-per-view, with the preliminary card expected to be split between a Fox Sports 1 broadcast and a stream on UFC Fight Pass.