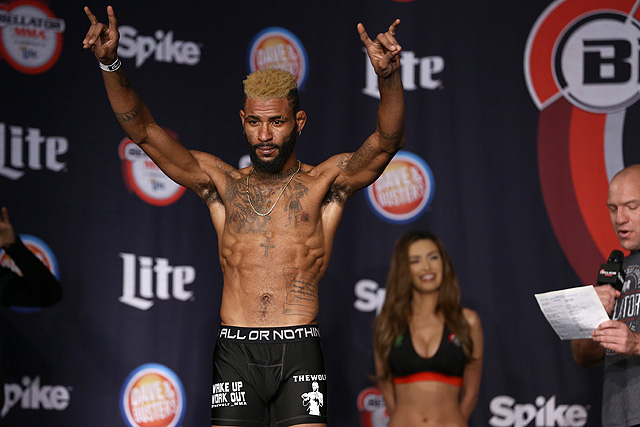 On Friday, March 2, Bellator MMA will host its 195th event from the WinStar World Casino and Resort in Thackerville, Okla.

In the night’s main event, the promotion’s bantamweight champion, Darrion Caldwell, makes the first defense of his title against Brazilian Leandro Higo. Caldwell captured gold in October, dethroning Eduardo Dantas of the belt by unanimous decision. After dropping his Bellator debut to the aforementioned Dantas, Higo rebounded by defeating Joe Taimanglo to earn his shot at the title.

The fighters hit the scales at 12 p.m. ET on Thursday. Video of the action appears above (courtesy of Bellator MMA), while the results will appear below.