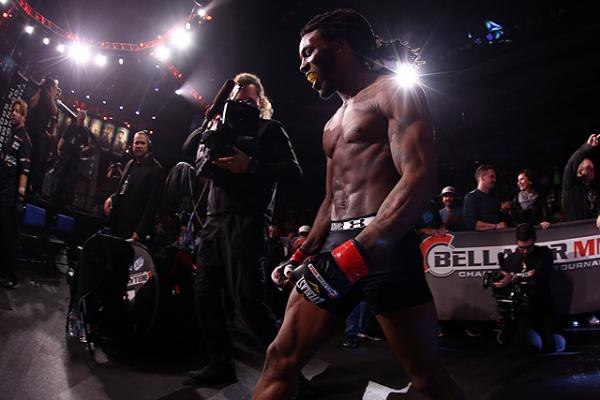 The main event featured former WEC champion Miguel Torres against Bellator veteran Desmond Green. Torres, who was making his first appearance in the Titan cage, rode a three-fight winning streak, with all three wins coming in 2014 on the regional circuit. Green saw his Bellator run come to an end in May with a submission loss to Daniel Weichel. The 25-year-old was also be making his promotional debut.

The event was originally expected to be headlined by UFC veterans Mike Ricci and Yoshiyuki Yoshida. The bout was slated to be for the promotion’s 155-pound title, but Ricci was unable to make weight for the contest on Thursday. Then, on fight day, Yoshida pulled out of the contest. The 40-year-old Japanese fighter would have been making his Titan debut, riding a six-fight winning streak.

The 10-fight event kicked off with an un-aired preliminary card bout at 7 p.m. ET. Four additional prelims streamed live on CBSSportsNetwork.com at 8 p.m. ET, with the five-fight main card airing live on the CBS Sports Network at 10 p.m. ET.