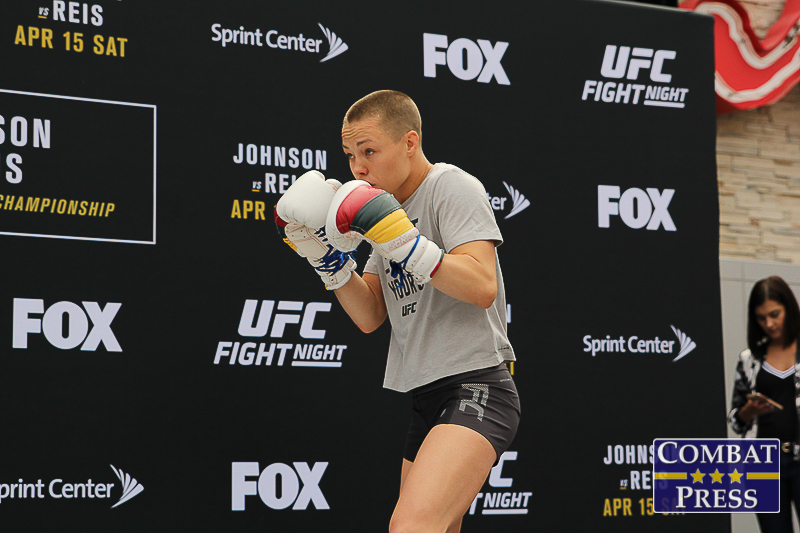 While the month of November was dormant for the top-10 featherweights, there are two huge fights on the horizon to close out 2017. First, Julia Budd will put her Bellator featherweight championship on the line against Arlene Blencowe. The two have fought before, with Budd scoring a victory over her Australian counterpart. The bigger of the two fights, though, pits the legendary Cristiane “Cyborg” Justino against Holly Holm. The fight headlines UFC 219, showing how far women have come in this sport.

The month of November featured little activity in the bantamweight division, but that will not last long. In December, two of the best 135ers in the world, Liz Carmouche and Alexis Davis, will square off, but it seems they will do so in the flyweight division.

It was a good month for Ilima-Lei Macfarlane, who claimed Bellator flyweight gold with a victory over Emily Ducote in an anticipated rematch. Macfarlane’s rise up the rankings has accelerated in 2017, a great year for the Hawaiian. The Invicta flyweight championship will headline the company’s next card, where Jennifer Maia defends her strap against Agnieszka Niedźwiedź. Also on the card, former challenger Vanessa Porto looks to put her name back in the mix against UFC veteran Milana Dudieva. Meanwhile, the UFC is set to crown its first flyweight champion this weekend at the finale event for The Ultimate Fighter 26. The outcome of that title tilt could have an impact on next month’s rankings.

Dropped from the rankings: Angela Hill (10)

November was one to remember. The longtime UFC strawweight queen fell. Joanna Jędrzejczyk was shocked in a loss to Rose Namajunas, who put an end to the Polish star’s dominant title reign. Angela Hill tumbles from the top 10 following a loss to the underappreciated Nina Ansaroff. Hill’s misfortune is Felice Herrig’s gain. Herrig, who squares off with Cortney Casey in December in an attempt to keep her career resurgence in play, takes the No. 10 spot. Herrig’s buddy Carla Esparza will also do battle in December, when she takes on rapidly rising prospect Cynthia Calvillo. Two more top-10 studs are in action when Michelle Waterson looks to stop the momentum of Tecia Torres at UFC 218.

December will close the year out big for the 105-pounders. Seo Hee Ham puts her Road FC championship on the line when she takes on the incredibly talented Jinh Yu Frey in what could be a barn-burner. At Invicta FC 26, Tessa Simpson looks to keep inching her way up the ladder when she takes on former top-10 fighter Amber Brown. At Deep 81 Impact, Mina Kurobe looks to continue her quiet romp in the atomweight division when she takes on Jung Eun Park.