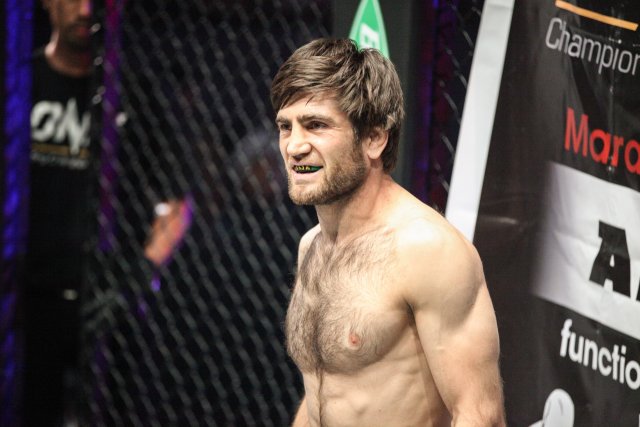 ONE Championship: Quest For Greatness Preview and Predictions

ONE Championship returns to Kuala Lumpur, Malaysia, on Friday, Aug. 18, for ONE Championship: Quest for Greatness. Stadium Negara plays host to the company’s 11th event in the country, becoming the second most visited destination for the Singapore-based organization.

Unbeaten ONE featherweight king Marat Gafurov makes his much-anticipated return against No. 1 contender Martin Nguyen. Gafurov attempts to defend his belt for the third time following back-to-back submission wins in his previous title defenses against Kazunori Yokota and Narantungalag Jadambaa. Earlier this year, Nguyen knocked out the aforementioned Yokota in the first round to earn his fourth straight win and a shot at the title.

The co-headliner features a match-up between Malaysian-born Ev Ting and former ONE welterweight champion Nobutatsu Suzuki. Ting hopes the hometown fans will aid in his journey back to the win column following a devastating title defeat against ONE lightweight champ Eduard Folayang. Ting is undefeated inside the promotion when fighting in Malaysia. Six of his seven victories have come in his home country. Suzuki returns to the promotion for the first time since losing his title to Ben Askren at ONE FC 19 in 2014.

The preliminary card airs live at 7 a.m. ET on Facebook. The main card is available via pay-per-view on ONE Championship’s streaming service at 8:30 a.m. ET.

Marat Gafurov’s path to the ONE featherweight crown took him through Martin Nguyen in an interim title affair in late 2015. Gafurov needed just 41 seconds to submit Nguyen. Now, after four straight wins, Nguyen is back for a rematch. Will Gafurov dispose of his challenger just as quickly as in the pair’s first meeting, or will Nguyen provide more of a challenge for the champ this time around?

Nguyen has looked impressive in those four victories since dropping that first outing against Gafurov. He picked up first-round stoppages over Edward Kelly, Kai Wen Li and Christian Lee to move into contention. Earlier this year, Nguyen secured his shot at the title with a shocking first-round knockout of two-division Deep champion Kazunori Yokota. Nguyen landed a huge counter right hand that put the top Japanese featherweight down. “The Situ-Asian” put on the finishing touches with some massive punches while Yokota was turtled up. The 28-year-old’s fights during the streak weren’t without difficulties for Nguyen, however. Wen Li knocked him down and controlled some of the grappling exchanges. Nguyen will have to be much better when he takes on the toughest fighter he has ever faced.

It’s important to note that the first time Nguyen fought Gafurov, he was preparing to face Bashir Ahmad on the undercard. Gafurov’s original opponent, Narantungalag Jadambaa, the champion at the time, couldn’t compete due to visa issues, so the talented Australian took the fight on short notice for the interim title. The fight couldn’t have gone any worse for Nguyen. After some brief exchanges on the feet, Nguyen initiated the takedown and his own undoing. The highly talented Gafurov quickly reversed Nguyen, took his back and trapped his left arm in a body triangle. Nguyen was helpless with only one arm to defend the rear-naked choke from Gafurov.

Gafurov has proven himself as one of the best grapplers in the division and one of the best featherweights outside of the UFC. The former M-1 featherweight champion is undefeated in his 15 professional fights with 12 stoppage victories. The well-rounded Russian holds wins over UFC fighter Mairbek Taisumov, Ev Ting and the aforementioned Yokota and Jadambaa (twice). For this training camp, Gafurov spent time at Eagles MMA with top fighter Akhmet Aliev and fellow undefeated ONE fighter Movlid Khaibulaev, as well as with AKA Thailand in Phuket. Gafurov is a dangerous finisher with an ability to end the fight on the feet or the mat, as evidenced by his decorated background in wushu, combat sambo, pankration and Brazilian Jiu-Jitsu.

Gafurov will do everything in his power to finish Nguyen even faster than before. If Nguyen can’t keep himself off the floor, it seems likely he will suffer the same fate as he faced in their first encounter. Gafurov has an ability to close distance with his kicks that keeps his opponent always fighting off of their back foot. Nguyen struggled to find a comfortable distance to work in the first meeting, and that’s why he shot for the takedown as soon as Gafurov was within reach. Gafurov isn’t without flaws. Jadambaa was able to hurt Gafurov on the feet in their first meeting, which stood out as one of the best fights of 2015. However, Gafurov was able to survive and pull off the submission in the fourth round.He then finished Jadambaa in the first round of their rematch.

Gafurov will lock up another submission victory against Nguyen on Friday.

Which other fighter on this card will we be talking about following the event?

There are a few showcase fights in the middle of this card.

Ann Osman could potentially earn a shot at the inaugural ONE women’s strawweight title with a victory over former Singaporean Olympian May Ooi. The promotion seems keen on a match-up with high-level grappler Michelle Nicolini if Osman can pick up a win over the 41-year-old Ooi. Osman has earned five victories, including four by stoppage, in her time with the promotion. Despite setbacks against Irina Mazepa and April Osenio over the past few years, Osman should be a heavy favorite against Ooi, who has dropped back-to-back contests under the World Series of Fighting Global banner.

The second fighter with a shot at greater opportunities with a strong performance is former ONE strawweight titleholder Dejdamrong Sor Amnuaysirichoke. The former Lumpinee-stadium champion and high-level striker meets ONE and PXC veteran Robin Catalan. Dejdamrong returned to the win column with a stoppage of Indonesia’s Adrian Matheis in May, following his only career defeats against Yoshitaka Naito and Joshua Pacio. A win for the Thai fighter could set up a striker-vs.-grappler showdown with newly signed Hayato Suzuki or another opportunity to fight for the title he once held.

Agilan Thani couldn’t find an answer for Ben Askren’s wrestling and submission ability. However, the Malaysian welterweight is still only 21 years old. With six wins inside the promotion, he is primed to remain among the contenders in the division for years to come. The talented grappler takes on Egyptian Top Team’s Sherif “The Shark” Mohamed. Mohamed, who has finished all eight of his opponents, will happily oblige in an action-packed contest. Thani could work his way back into the title mix with an impressive finish.

The preliminary card match-up between talented prospect Christian Lee and Malaysia’s own Keanu Subba is almost guaranteed to bring out the best in each fighter.

Subba, 23, is the younger sibling of talented ONE flyweight Gianni Subba, who also competes in an exciting match-up against Asuka “Riku Shibuya” Mikami on this fight card. The younger Subba is a two-time Malaysian Invasion amateur champion and now an experienced professional with four wins inside the circular cage. He trains out of Bali MMA with the likes of GLORY super bantamweight world champion Tiffany van Soest and the Leone brothers, Andrew and Anthony.

The 19-year-old Lee is the younger brother of ONE women’s strawweight champion Angela Lee. Christian burst onto the scene as a 17-year-old with a 29-second knockout of David Meak in his professional debut. “The Warrior” continued his winning ways for the next four fights, all of which ended within one round. Lee hit a roadblock in the form of Martin Nguyen in August 2016, but the skilled youngster returned with a first-round stoppage of Jianping Wan in April. Lee has used his time away to get better under the tutelage of his family at United MMA in Hawaii.

This fight is a battle of two rising prospects, and the fight just screams excitement. Both men are moving their way up the crowded featherweight rankings, and an impressive performance could mean a step up in competition for the winner. The pair hold a combined 11 stoppage victories between them, including 10 finishes inside of one round. There is bound to be a finish in this sleeper match-up, too.