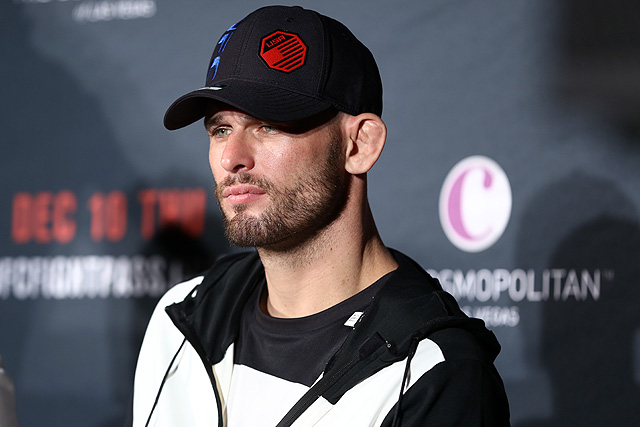 If there is one thing that history has shown time and time again, it’s that you do not want to get on the wrong side of Tim Means. While “The Dirty Bird” is a great guy who is raising kids and likes to teach anti-bullying, he’s a different man once he’s in the cage. He is very good at picking a fight, and when that happens, statistically speaking, he is likely to win.

Means is a longtime veteran of MMA. The Oklahoma native has been a pro since 2004. He has racked up a 26-8-1-1 record with 22 finishes, mostly by knockout. The former King of the Cage champion has bounced around multiple weight classes. He has earned UFC accolades for “Performance of the Night” on two occasions, but he is unbelievably residing outside of the top 15 welterweights in the promotion after going 7-3-1 in the division.

At UFC 207 in December, Means was handling Alex Oliveira before a questionable stoppage due to supposed illegal knees led to a no-contest call. In March, he finally got a chance to redeem himself against Oliveira in Brazil, but a freak injury derailed him early in the bout.

“Right away in the fight, I thought I rolled my ankle,” Means told Combat Press. “I had a nerve contusion in there, so every time I bore any weight, it was stabbing me with pain in my calf, up behind my knee. I thought I tore something in my knee. I don’t know if I got worse or better, but that first minute of the fight, I was more worried about what I tore in my leg than trying to fight. I was trying to bear his weight plus mine.

“It just wasn’t my night. He got a win in front of his friends and his family, and I got to come home and see a surgeon. I had to see what was going on in my foot and my leg, and start my recovery. I’m thankful that it was not worse.”

The nerve contusion threw off Means from the get-go and ultimately led to a second-round submission in a fight he was predicted to win.

This Sunday, the UFC returns to Oklahoma City for the first time since 2009. Fresh off an injury, as well as a loss, Means was chomping at the bit to get on the card. UFC President Dana White complied.

“We jumped back and forth on some opponents,” Means said. “I think Jordan Mein was on there, and some others were on there, but somehow we got around to Alex Garcia. We’ve been on the same fight cards a few times. I think his fights are kind of lackluster. I just wait for his fights to get done, so I can watch the next fight.

“He’s got some big arms and looks real cool, but I’ve been beating a bunch of guys my entire career, so I just want to add him to the hit list. I want to make up for my last performance. I’ll be in front of friends and family in the state I was born in, so I just want to get back in there and make up for what happened in March.”

It’s a bit of poetic justice that Means gets another opponent named Alex on whom he can take out his prior frustrations.

Garcia hails from the Dominican Republic, but trains out of Tristar Gym in Canada. He currently sits at 4-2 as a UFC welterweight, and his last win was a cold-cock knockout of veteran Mike Pyle on the same UFC 207 card.

Means will have a significant height and reach advantage. He also brought in some heavy hitters to help him train for a big win.

“We brought in Bobby Nash, and spent the last two and a half weeks wrestling together,” Means explained. “We brought in a bunch of other guys who are getting ready for fights that can wrestle and kickbox and box, and we just have a good vibe going in the gym. I’m getting lean and in shape. It’s super hot here in Albuquerque, and we don’t train in air conditioning. If it’s 95 degrees outside, it’s usually 105 in the gym, so we’re ready for that environment.”

After getting cleared by his own doctors, as well as the UFC’s doctors, Means is ready to go on Sunday night. His fight will be featured on the main card of UFC Fight Night 112, which airs live on Fox Sports 1. While Means wouldn’t wish nerve pain on his worst enemy, he will be ready to bring the pain to Garcia in a fight solely focused on redemption. He’s ready to get nasty, he’s ready to get mean, and he’s ready to unleash the dirtiest of all birds.

“I think I lay it all on the line every time,” Means concluded. “I’m never in a boring fight, so tune in if you want to see two guys who dislike each other, because that’s what usually happens in my fights. We find a reason not to like each other. Anything other than that is people throwing shoes at each other. I want to make a statement in Oklahoma City in front of friends and family, and I have a chip on my shoulder.”