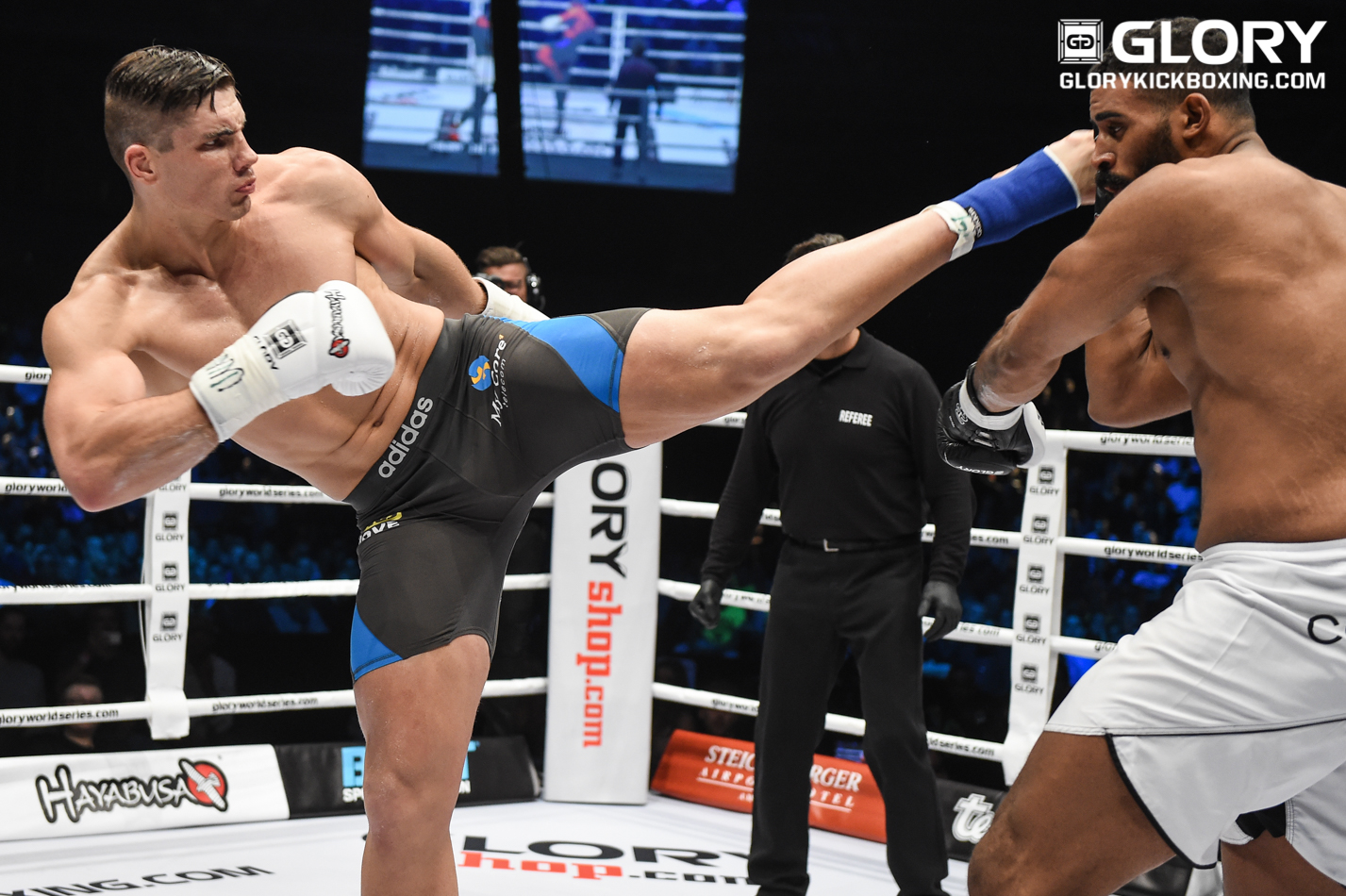 GLORY kickboxing returned to the United States on Friday, Sept. 9, for GLORY 33: New Jersey. The promotion traveled to the Sun National Bank Center in Trenton for the first time.

In the main event of evening, GLORY heavyweight world champion Rico Verhoeven knocked out Anderson “Braddock” Silva. The heavyweight champion put his reputation and much more on the line when he met the Brazilian knockout artist. It was announced this week that Verhoeven will fight top-10 heavyweight Badr Hari in one of the biggest heavyweight fights in recent kickboxing history at GLORY: Collision on Dec. 10.

The GLORY 33 main card featured a featherweight contender tournament and a battle of top heavyweights. Top-10 heavyweight Hesdy Gerges returns to the GLORY ring after dropping a split decision in his most recent outing against the No.1 contender Ismael Londt at GLORY 31: Amsterdam. Gerges looked to return to form against rising prospect Guto Inocente. The Brazilian has won four consecutive bouts since leaving MMA andthe UFC for kickboxing. Inocente recently beat former top-10 kickboxer Brian Douwes at GLORY 30: Los Angeles.

The former featherweight champion Serhiy Adamchuk returned one event after losing his title to former and current GLORY champion Gabriel Varga at GLORY 32: Virginia. The Ukranian was on a five-fight winning streak inside the promotion before dropping the closely contested decision in July. Matt Embree stole the show after meeting Giga Chikadze in the finals of the tournament.

In the main event of the GLORY 33 Super Fight Series, GLORY middleweight champion Simon Marcus lost his title when he fought challenger Jason Wilnis. Marcus won the title in controversial fashion at GLORY 27: Chicago when former champion Artem Levin decided not to continue during the bout. Marcus didn’t leave any questions in the ring after dismantling Dustin Jacoby in his first title defense. Wilnis earned his shot at the title and a rematch with Marcus after defeating Joe Schilling at GLORY 30.