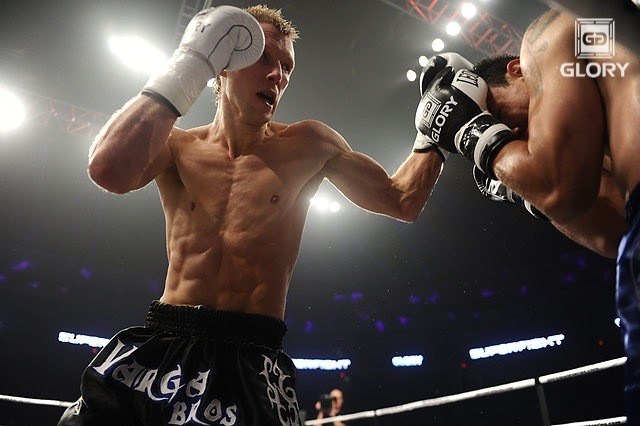 World-class kickboxing is heading back to the Mile High City.

Combat Press has learned that GLORY 34: Denver will take place Friday, Oct. 21, from the 1STBANK Center in Broomfield, Colo.

In the night’s main event, featherweight champion Gabriel Varga puts his belt on the line against former lightweight titleholder Robin van Roosmalen. The Canadian Varga recaptured the 65-kilogram strap from Serhiy Adamchuk at GLORY 32 in Virginia. Holland’s van Roosmalen will look to rebound from his title defeat to Sittichai Sitsongpeenong at GLORY 31 in Amsterdam.

Also on the card, recent middleweight challenger Dustin Jacoby will compete in his own backyard against a yet-to-be-named opponent.

The night’s main card will also feature a one-night, four-man contender tournament in the middleweight division. In one half of the ladder, New Zealand’s Israel Adesanya takes on Canada’s Robert Thomas, while promotional newcomer Yousri Belgaroui takes on Brazilian Alex Pereira.

Additional fights for both GLORY 34 and the night’s SuperFight Series are expected to be announced in the coming weeks. Tickets for the event go on sale on Friday, Sept. 9.