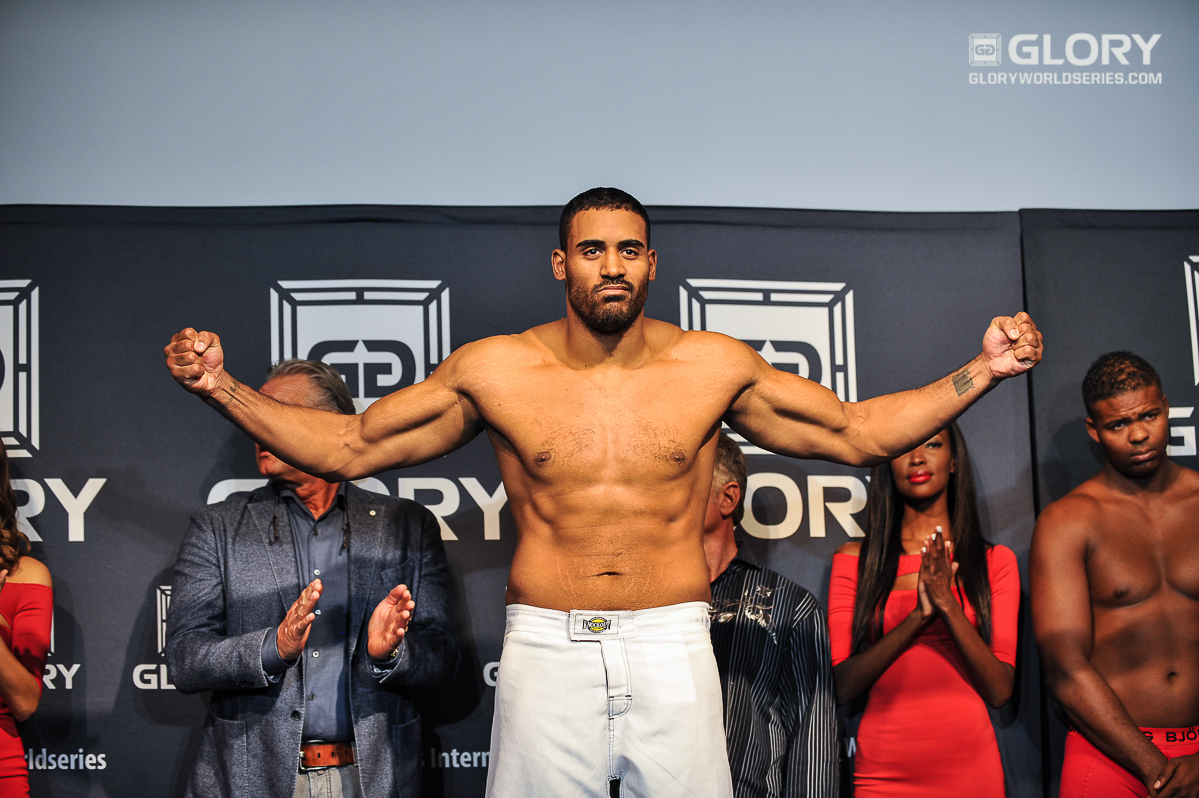 On Friday, July 14, GLORY Kickboxing returns to North America for GLORY 43: New York which takes place from the The Theater at Madison Square Garden in New York City.

The night’s main card features a heavyweight clash between two of the division’s best as Romanian Benjamin Adegbuyi locks horns with Brazilian Guto Inocente. Adegbuyi is currently listed as the promotion’s No. 1 contender and rides a three-fight winning streak. Inocente saw a lengthy winning streak snapped in March, as he fell by decision to Jamal Ben Saddik.

Also slated for the main card is a one-night, four-man featherweight tournament. In one half of the ladder, knockout artist Giga Chikadze takes on Russia’s Aleksei Ulianov, while American Kevin Vannostrand meets Road to GLORY winner Mo Abdurahman in the other side of the bracket.

Also in action will be the women’s No. 1-ranked pound-for-pound fighter, Anissa Meksen, who makes her promotional debut against Brazilan Jady Menezes.

The action kicks off Friday at 7:30 p.m. ET with the SuperFight Series streaming live on UFC Fight Pass. The main card moves to ESPN3 at 10 p.m. ET.

The fighters hit the scales on Thursday, July 13. The results will be posted below as they become available.