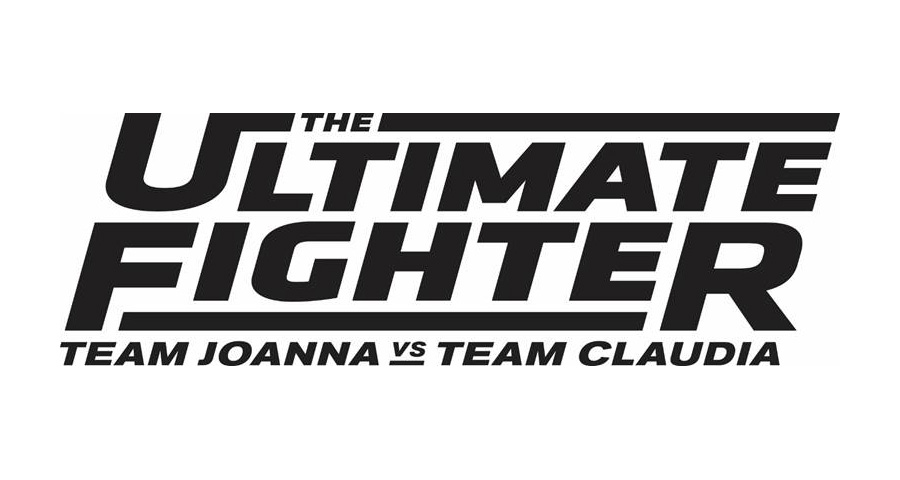 The Ultimate Fighter 23: Preview and Analysis of This Season’s Cast

Episode one of The Ultimate Fighter 23 kicked off last week with the elimination rounds.

Let’s get to know the prospects that advanced to the house.

Tatiana Suarez (1-0): Suarez comes into the house with a lone victory in her professional MMA career and two wins in her amateur career. The 25-year-old has a base in wrestling. She claimed four high school national championships and is a two-time world medalist in freestyle wrestling. She also holds a purple belt in Brazilian Jiu-Jitsu. Suarez defeated Chel-c Bailey via unanimous decision and was the first pick for Team Claudia. She is also one of the favorites to make the finals.

Amanda Cooper (1-1): After a very successful amateur career in which she racked up five wins and just one loss, Cooper made her long-awaited professional debut in 2014 with a submission victory over Brittany Dugas. Cooper’s ability to finish fights was a huge deciding factor in her being picked up by all-female promotion Invicta FC, but she lost her first fight against Aspen Ladd after getting caught in an armlock in the second round. The 24-year-old dropped from flyweight to strawweight for the TUF competition. She defeated Mellony Geugjes via submission in the first round and was subsequently Team Claudia’s third pick.

Ashley Yoder (4-1): The California native is riding a three-fight winning streak into the house and is well known for her submission prowess. Yoder is 28 years old and stands at 5-foot-7, making her one of the tallest, rangiest fighters on the show this year. She is also a purple belt in Brazilian Jiu-Jitsu. Unfortunately, her win over Jodie Esquibel to get into the house was marred with controversy after the judges awarded her a split decision. She was the third pick for Team Joanna.

Lanchana Green (0-1): The British fighter is a former gymnast who was introduced to martial arts at the age of 15. Green’s Muay Thai record stands at 7-6-1. Her professional MMA record leading into TUF 23 consists of a lone loss against Michelle Nicolini via submission in the first round in a 2014 bout. She is 26 years old and defeated Ashley Cummins via an impressive TKO in the second round. She was the fourth pick from Team Claudia.

Jamie Moyle (3-1): Moyle, who has seven amateur fights and four professional bouts under her belt, is one of the more experienced fighters on the show. The 27-year-old was on a three-fight winning streak under the Invicta banner before dropping her first professional loss to Sharon Jacobson via decision in September. She holds a win over fellow competitor and top prospect JJ Aldrich via submission and will no doubt be one of the favorites to win the TUF competition. Moyle fights out of the top-notch training camp at Syndicate MMA and defeated Alyssa Krahn via rear-naked choke submission in the first round. She was Team Joanna’s second pick.

JJ Aldrich (2-1): Aldrich comes into the competition with an extensive amateur career that led to a 7-4 mark and a professional MMA career of two wins and a single loss, which came against fellow TUF competitor Jamie Moyle. Aldrich joined the Invicta FC strawweight division in 2014 and is considered one of that promotion’s best young prospects. She has no issues finishing a fight via submission or TKO, which makes her very exciting to watch. The 23-year-old has been training in martial arts since she was nine. She defeated Kristi Lopez via decision to get into the house. She was Team Joanna’s first pick.

Kate Jackson (7-2-1): The experienced Brit comes into the house off the back of an impressive three-fight winning streak and is known for her knockout power and ability to finish fights. Jackson holds a second-degree black belt in karate, a brown belt in judo and a purple belt in Brazilian Jiu-Jitsu. Interestingly enough, the 29-year-old has fought — and lost to — current strawweight champion Joanna Jędrzejczyk. Jackson defeated Irene Rivera via TKO in the second round and was Team Claudia’s second pick.

Helen Harper (4-1): Harper brings to the house a blue belt in Brazilian Jiu-Jitsu, a Muay Thai record of 3-2 and a 4-1 record in professional MMA. While she had a slow start in the amateur ranks, where she lost both of her bouts, the British fighter has turned things around since going pro in 2013. Her lone loss was to Cortney Casey, who now fights for the UFC. Harper, 28, defeated Amy Montenegro via armbar submission in the first round and was the last pick for Team Joanna.

Khalil Rountree (4-0): The undefeated 26-year-old Rountree made his professional debut in 2014 after successfully winning all six of his amateur bouts. Rountree is a Black House teammate of Anderson Silva, arguably one of the greatest fighters in the history of MMA. Silva has spoken highly of Rountree, saying he is “the next big thing” and could very well be a future champion. The rising prospect did his best to live up to expectations by defeating Muhammed Dereese via a TKO by way of punches and soccer kick to the body in the second round. He was the second pick for Team Joanna.

Eric Spicely (8-0): Spicely is undefeated since making his professional MMA debut in 2013. He has been extremely active since kicking off his career for CES MMA, a top regional promotion, in the welterweight division. Spicely is known for his finishing capability and has let only two fights go to the judges’ scorecards. The 29-year-old defeated Kenneth Berg via rear-naked choke submission in the first round and was the second-round pick for Team Claudia.

Myron Dennis (11-4): Dennis is a former Legacy FC light heavyweight champion and even had a very brief stint in Bellator in 2011. The 26-year-old is a former footballer and is known for his explosive power and knockout ability. Dennis defeated Jamelle Jones via TKO in the first round and was the third pick for Team Joanna.

Abdel Medjedoub (3-0): Medjedoub has strung together three impressive wins since making his MMA debut in 2009, but a series of canceled bouts has meant that he has not been able to consistently fight over the last few years. Medjedoub started his combat-sports career as a boxer, racking up for four wins in five fights. He now trains at the famed Tristar gym under Firas Zahabi. The 30-year-old defeated John Paul Elias via unanimous decision and was the third pick for Team Claudia.

Andrew Sanchez (7-2): Prior to coming into the TUF house, Sanchez fought for the Resurrection Fighting Alliance, one of the top developmental promotions in the United States. He became the middleweight champion in August after defeating John Poppie via TKO in the third round. The 28-year-old has only ever let one fight — a split decision loss to Dustin Jacoby in 2013 — go to the judges. He is considered one of the top prospects on TUF 23. Sanchez is a four-time NAIA All-American in wrestling and defeated Phil Hawes via unanimous decision. He was the first pick for Team Claudia.

Cory Hendricks (3-0): After a rocky amateur career in which Hendricks went 1-2, the Syndicate MMA fighter won three consecutive fights and was picked up by the World Series of Fighting, one of the top promotions in the world. He has finished all three of his fights via submission. The 27-year-old defeated Marcel Fortuna via unanimous decision and was the last pick for Team Claudia.

Josh Stansbury (7-2): Stansbury strung together back-to-back submission victories leading into TUF 23. The 31-year-old has an extensive amateur career, winning 10 of his 12 bouts and finishing all of them before making his professional debut in 2009. He also had a successful high school wrestling career. Stansbury partook in The Ultimate Fighter 19, but he had to withdraw due to a knee injury he sustained on the show. He defeated Trevor Carlson via submission and was Team Joanna’s number one pick.

Elias Urbina (3-0): The 22-year-old Texan enters the TUF house with an undefeated record through three pro fights. After going the distance in his pro debut, Urbina needed just 67 seconds to submit his second pro opponent and just 22 seconds to score a TKO finish of his third foe. Elias, the brother of UFC welterweight Hector Urbina, decisioned Norman Paraisy to make into the house and was the last pick for Team Joanna.