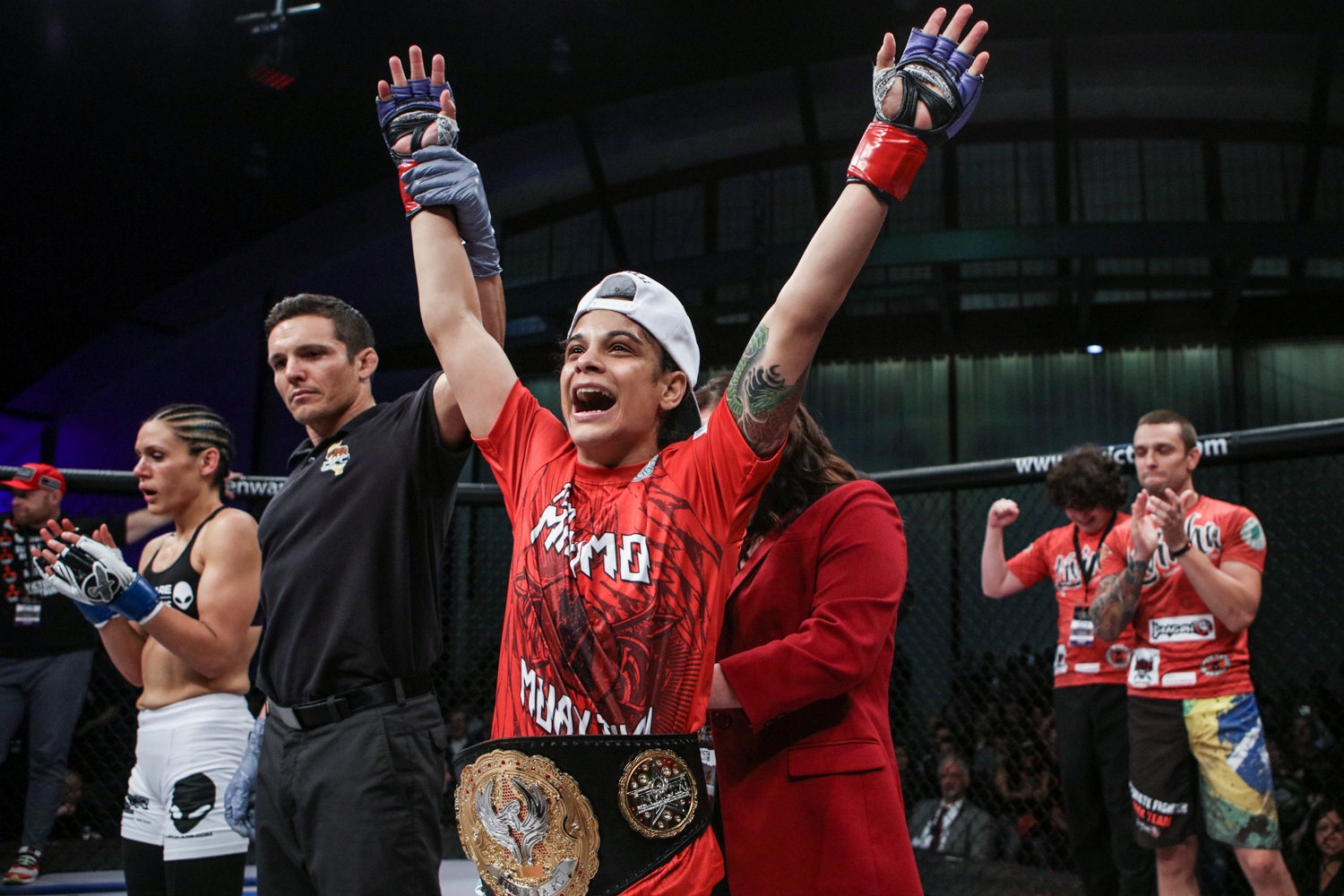 Invicta FC 15: What’s Next For the Winners?

The sold-out crowd at The Hangar at the Orange County Fair and Events Center in Costa Mesa, Calif., witnessed yet another entertaining Invicta FC event when the promotion hosted Invicta FC 15 on Jan. 16. Seven ladies emerged with wins, and now it’s matchmaker Julie Kedzie’s job to find them opponents, but I’m here to help make her life a little easier. Here are the match-ups that we should see for the Invicta FC 15 winners.

Next Opponent: Winner of Ediane Gomes vs. Amanda Bell

The match-up between Gomes and Bell was set for Invicta FC 15, but Gomes withdrew after falling ill during her weight cut. It’s not farfetched to assume the contest will be rebooked at a later date, and it would make sense for the winner to challenge current titleholder Cyborg for the featherweight strap. If Gomes can defeat Bell, it would mean that she keeps her unblemished record in the featherweight division — all of her four pro losses have come while competing at bantamweight. For Bell, a victory would give her four wins in her last five outings, and it would provide a new face to challenge Cyborg. The current champion has already beaten Daria Ibragimova, Faith Van Duin and Charmaine Tweet from the current Invicta roster, so the remaining options are scarce.

Next Opponent: Winner of Alexa Grasso vs. Sharon Jacobson

Souza has put to rest whether she is a top strawweight after successfully defending her title against DeAnna Bennett. She believes nobody is left on her level in Invicta. The confidence is admirable, but let’s slow down. Alexa Grasso has a case to challenge for the title. Grasso was originally scheduled to fight Souza at Invicta FC 15. She will be back in action in March and needs an opponent. So, who better to challenge Grasso in a No.1 contender fight than surging strawweight Sharon Jacobson. Jacobson has flown under the radar a bit, but a win over Grasso would be a coming-out party. Jacobson is undefeated under the Invicta banner and was recently in a “Fight of the Night” contest with Jamie Moyle, another legitimate prospect.

Schneider pulled off the upset in defeating Raquel Pa’aluhi and, by doing so, cemented her position as the next challenger for the bantamweight championship. The victory was Schneider’s most complete performance in her career and the one many knew she was capable of having. Schneider did miss weight, but that won’t likely hinder her chance of getting the next title shot. Remember, DeAnna Bennett missed weight when she defeated Katja Kankaanpää and yet she was awarded the title shot against Livia Renata Souza.

Amber “The Bully” Brown has lived up to her nickname in her most recent fights. She is adamant about wanting a title shot. There’s no legitimate reason to deny her, either. She’s riding a four-fight winning streak and has submitted her last two opponents within a round. She’s also undefeated at atomweight, with the lone loss of her career coming at 115 pounds. Brown should be granted the next shot at reigning Invicta champ Ayaka Hamasaki.

The 21-year-old Inoue continued to impress in her victory against Lacey Schuckman. Inoue isn’t very far off from a title shot of her own, but she needs another game opponent to prove it. DeAnna Bennett will be out to rebound and get back into contention, so a fight against Inoue would be a good first step in doing so. This match-up has “Fight of the Night” written all over it.

Hill had an electric Invicta debut to get back in the win column. In the UFC, she faced a murderer’s row of opponents in going up against the likes of Rose Namajunas and Tecia Torres. No young fighter can be prepared for such a big step up in competition. However, just because Hill is in Invicta doesn’t mean there are easier fights coming her way. JJ Aldrich is also a young talent with high upside. Aldrich has looked good in her recent outings, and a fight with Hill would provide her with a big test to see where she stands this early in her career.

Anderson, an Aussie featherweight, looked like a completely different fighter in her victory against Amber Leibrock, proving that the camp switch to Glory MMA in the United States was worth the sacrifice. Faith Van Duin is a tough fighter from New Zealand who has been chomping at the bit to get back in the cage after losing to Cristiane “Cyborg” Justino in her last outing. Both fighters display solid striking, creating another potential don’t-blink affair.