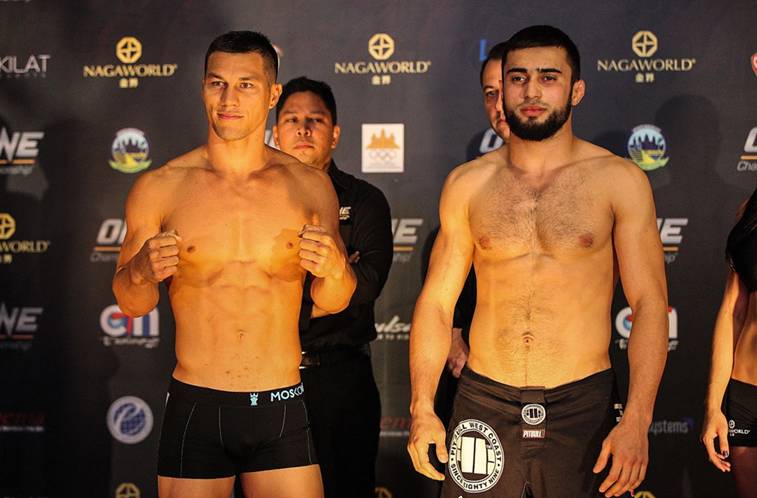 ONE Championship returns to the Koch Pich Theatre in Phnom Penh, Cambodia, on Dec. 5 for ONE Championship: Kingdom of Khmer. The promotion’s inaugural trip to Cambodia featured former ONE flyweight champion Adriano Moraes defending his title. While there will be no title fights on this trip, there will be a battle of young lightweight prospects headlining the 10-fight card.

The main event of the evening features the return of Hawaiian-born prospect Lowen Tynanes. The undefeated Tynanes will welcome 24-year-old Russian prospect Rasul Yakhyaev to the circular cage. Tynanes has impressed since joining the promotion in 2013 following a bloody beatdown of popular ONE Championship lightweight Eduard Folayang in his opponent’s home country. With three impressive wins in the promotion already, Tynanes will be looking for another victory in his hopes to capture the ONE lightweight championship from the current titleholder Shinya Aoki. Yakhyaev looks to play the role of spoiler and follow the path of fellow Russian fighters Marat Gafurov and Vitaly Bigdash on his way to ONE Championship gold.

In the evening’s co-main event, two members of the famed Phuket Top Team gym in Thailand will clash in an attempt to move up the flyweight rankings. Anatpong “Mak Mak” Bunrad was scheduled to take on Japanese brawler Asuka “Riku Shibuya” Mikami before Mikami pulled out of the fight due to an injury. With just a week before the event, Bunrad is now slated to face top Malaysian prospect Gianni Subba. While the loss of Mikami was unexpected, the addition of Subba is a welcome sight. Subba has proven to be an exciting fighter with fight-finishing abilities.

The fight card will begin at 7 a.m. ET on Saturday. It will be posted on the promotion’s YouTube page shortly after its completion.