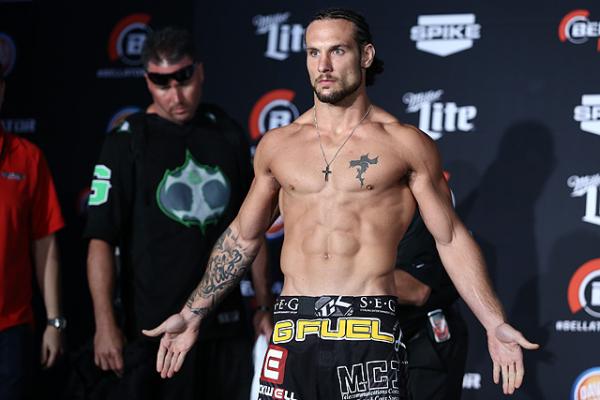 On Thursday, Aug. 27, Bellator MMA hosted the weigh-ins for its 141st event which takes place Friday, Aug. 28, from the Pechanga Resort and Casino in Temecula, Calif.

The main event features a lightweight match-up between promotional newcomer Melvin Guillard and Brandon Girtz. Guillard, a UFC and WSOF veteran, enters the contest on the heels of a split decision loss to WSOF champion Justin Gaethje last fall. The bout was expected to be a title affair, but Guillard missed weight and was released from the promotion following the loss. The 30-year-old Girtz will face his toughest test to date and look to extend his success in the Bellator cage. The Minnesota fighter has won four of his six appearances with the promotion, including a first-round finish of Benny Madrid last September.

In the co-main event of the evening, another pair of lightweights lock horns as Saad Awad takes on fellow knockout artist Patricky “Pitbull” Freire.

The event kicks off Friday with a preliminary card stream on Spike.com at 7:45 p.m. ET. The four-fight main card follows at 9 p.m ET on Spike.