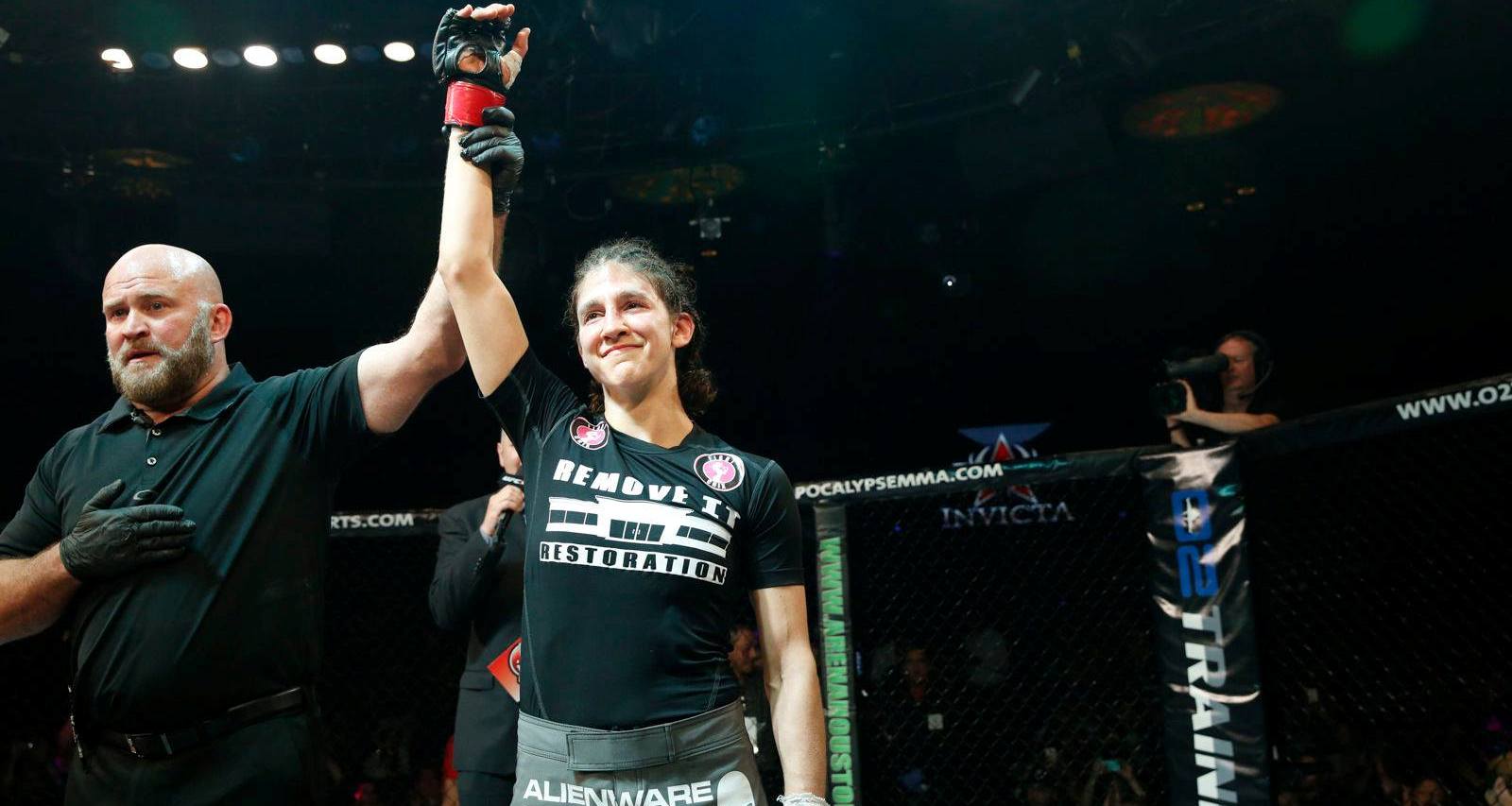 The co-main event for Invicta FC 12 is set.

Combat Press has learned through sources close to the situation that flyweights Roxanne Modafferi and Vanessa Porto will clash for a second time at the April 24 event. The pair met previously in 2008 with Modafferi earning a third-round TKO victory.

The veteran Modafferi has experienced a career resurgence since joining Invicta. The 32-year-old, who has competed for the UFC, Strikeforce, Smackgirl and HOOKnSHOOT, has earned back-to-back wins in the Invicta cage. Fighting out of Syndicate MMA in Las Vegas, Modafferi was most recently in action at Invicta FC 10 in December, earning a unanimous decision win over noted striker Andrea Lee.

Porto, meanwhile, is also riding the momentum of two straight wins. The 31-year-old Brazilian challenged for the promotion’s 125-pound title at Invicta FC 5 in 2013, but fell short against current champion Barb Honchak. She bounced back with wins over former Bellator champion Zoila Frausto and countrywoman Ana Maria. Porto will be looking for revenge against Modafferi, as well as another crack at Honchak.

Invicta FC 12 takes place Friday, April 24 from the Municipal Auditorium in Kansas City, Mo. The event will air live on UFC Fight Pass. In the night’s main event, Finnish strawweight champion Katja Kankaanpää squares off with unbeaten Brazilian Livia Renata Souza. More bouts for the event are expected to be revealed in the coming weeks.