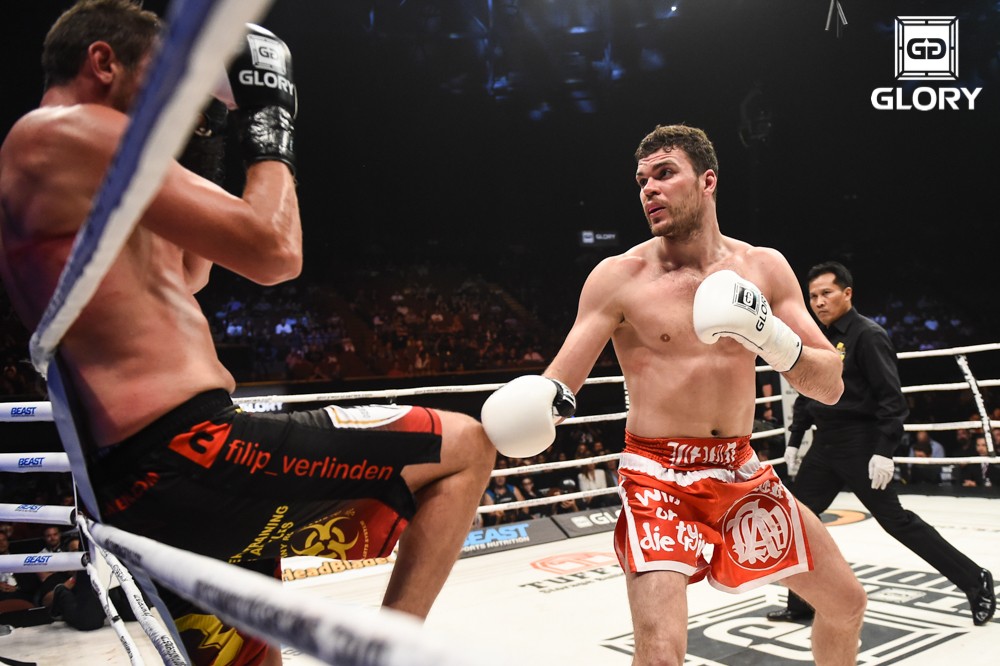 On Friday, May 8, GLORY returned to U.S. soil to host its 21st event from the Valley View Casino Center in San Diego.

In the night’s main event, middleweight champion Artem Levin locked horns with Simon Marcus. The Russian Levin captured GLORY gold by winning the one-night, eight-man Last Man Standing tournament last June. The 28-year-old had reeled off seven straight wins, including four straight in the GLORY ring. Canada’s Marcus, meanwhile, bounced back in a big way at GLORY 20 in Dubai. After dropping his promotional debut to Joe Schilling, Marcus claimed wins over Wayne Barrett and Jason Wilnis in Dubai to earn his shot at Levin.

Also on the main card was a four-man, one-night heavyweight qualification tournament which pitted Chi Lewis-Parry against Demoreo Dennis and Xavier Vigney against Maurice Jackson. The winner earned a spot in one of the promotion’s future contender tournaments.

The night’s main card aired on Spike TV on Friday at 11 p.m. ET.