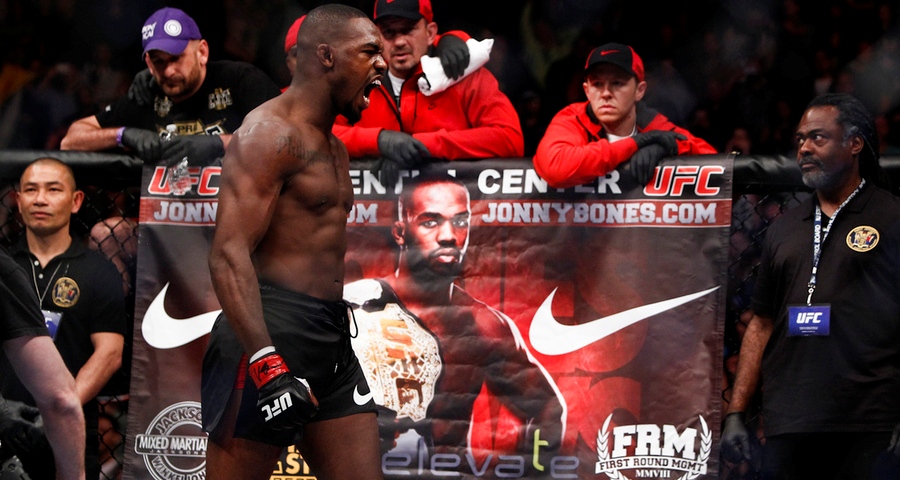 UFC light heavyweight champion Jon “Bones” Jones and challenger Daniel “DC” Cormier have created an intense rivalry that will come to a head at UFC 182. With the UFC aiming to kick start its 2015 with a series of big match-ups, which fighter ultimately helps the UFC more in terms of providing a boost in buzz and buys?

Initially, it appears that “DC” would be what’s best for business for the UFC. Currently the host of UFC Tonight and heavily featured as an analyst for UFC on Fox events, Cormier is already an established name with both die-hard MMA fans and casual fans. If he were to become the first man to beat Jones (sorry, Matt Hamill, but you’re win doesn’t really count), Cormier would combine a UFC championship belt with a collegiate and Olympic wrestling background to give him all the credibility he needs. He’d be a fresh face atop a division that has been ruled by Jones in recent years. That would provide a nice shakeup similar to what we’ve seen in the welterweight division since Georges St-Pierre’s retirement.

On the other hand, Jones is an already established superstar who is widely considered the top pound-for-pound fighter in MMA today. The UFC even went as far as to give Jones the accolade of “the best fighter to ever put on a pair of four-ounce gloves.” Jones already owns a myriad of UFC light heavyweight records and is only a handful of title defenses away from breaking Anderson Silva’s record for consecutive title defenses. Jones has taken out some of MMA’s best on his way to the mountaintop, but he is still in his athletic prime at only 27 years of age. He has the personality to make MMA fans love to hate him, and he is also capable of appearing to be on a different level from his opponents. Furthermore, Jones has the prospect of a superfight with Cormier’s teammate, Cain Velasquez, looming on the horizon if both men continue to be dominant champions.

Although a Cormier win would shock the MMA universe, ultimately a Jones victory is what’s best for the UFC moving forward. Cormier may not have a lot of fights for someone who is 35 years old, but the amount of wear and tear from competing at the Olympic level is considerably more than an MMA fight. Cormier also doesn’t have the physique one would typically associate with a world-class athlete, something Jones has made sure to point out multiple times. As crazy as it sounds, it would be tough for the UFC to sell Cormier as a legit world champion to a casual fan who would dismiss his talents based upon his look (and believe me, there are plenty of people who think like this).

Jones is an established star and will always draw fans in due to his polarizing personality. It doesn’t hurt that Jones has made a career out of making great fighters look mediocre. He still has years of competing in his prime ahead of him (barring any serious injuries), whereas Cormier is on the tail end of his career. Cormier is the more liked fighter of the two and generally seems to be one of the good guys of MMA. It’s hard to root against a former Olympian and someone who keeps his name out of the dirt sheets. Yet, for all of the fans who would tune in to watch a good-guy champion, there are many more that would tune in to see the chance of Jones being defeated.

Fans may be souring on the Jones act, but he ultimately has more to offer the UFC in terms of a longer future and drawing power. Cormier winning at UFC 182 would open the doors to virtually everyone in the upper half of the light heavyweight division, but Jones appears to have the rare ability to be a two-division star. Fans and the man himself have discussed a move up to the UFC’s heavyweight division in the future, which seems like the next logical step in Jones’s career progression. Whereas many fighters change weight classes to rejuvenate a floundering career, Jones would be changing simply to find new challenges. Just imagine the type of buys and buzz the UFC could generate with a superfight in the heavyweight division.

With a longer, brighter future, the current UFC light heavyweight champion has more to offer the UFC in terms of economic impact. Cormier is the fan-favorite with a background anyone could stand behind, but it would only provide a short-term boost to the UFC’s struggling bottom line.