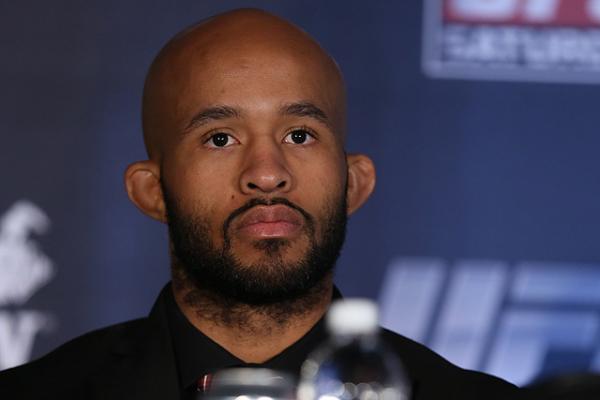 UFC 178 is set to be one of the most stacked cards in 2014. It’s a throwback to the old days of UFC cards that feel like a special event, but this one has a new twist—an undercard that is likely to generate more buzz than the actual headlining fight.

Originally scheduled for UFC 177, Demetrious Johnson will now be defending his UFC flyweight title against Chris Cariaso in the UFC 178 main event. The move was made after former UFC 178 headliner Jon Jones suffered an injury that forced the postponement of the conclusion of his rivalry with Daniel Cormier.

The last time Johnson headlined a card, it drew a meager 115,000 buys (according to MMAPayout.com), and that was against what was deemed as a worthy challenger. Not only does Johnson seem like the invincible champion, but he’s defending his belt against a fighter in Cariaso who is far from a credible challenger or pay-per-view draw. UFC President Dana White himself confirmed Cariaso got the shot simply because he was the only guy available.

Considering Johnson has a much stronger supporting cast than he did at UFC 174, odds are that the buy rate will be stronger.

Even before the pay-per-view airs, fans will be treated to the return of Dominick Cruz, the former UFC bantamweight champ. Cruz returns after sitting on the sidelines for what has felt like an eternity due to a myriad of injuries. He’ll face Takeya Mizugaki in what is not only a top-five bantamweight showdown, but also a fight that could decide the next title challenger in the division.

Kicking off the main card of the pay-per-view is another anticipated return. Cat Zingano will appear in the Octagon for the first time since her win over Miesha Tate last year. Zingano was scheduled to coach opposite UFC women’s champion Ronda Rousey on The Ultimate Fighter, but a knee injury ultimately derailed those plans. The injury was followed by a personal tragedy, and Zingano has remained out of action and out of her promised title shot. Zingano’s foe, Amanda Nunes, has been on a roll since joining the UFC’s ranks, but she will still be viewed as the underdog to Zingano. The UFC has the chance to rebuild Zingano as a title challenger or see the rise of Nunes as a new contender to Rousey’s throne.

A fight that’s somewhat flown under the radar is the middleweight clash between Tim Kennedy and Yoel Romero. Kennedy is as vocal of a fighter as one will find under the Zuffa banner, but he has managed to back up everything he’s said thus far in his UFC career. A win over Michael Bisping in his previous outing was the biggest of Kennedy’s career. Now he’ll face the hulking Romero, who has some of the best wrestling credentials in all of MMA. Romero is 37 years old, but he has only nine fights under his belt. He’s relied heavily on his raw athleticism and power, combined with years of wrestling, to make quite a bit of noise in the middleweight rankings. It will be a question of how Kennedy handles the power of Romero both on the feet and on the mat as to who walks away with their hand raised.

The fight that’s caused some attention to be focused off other high-profile match-ups on UFC 178’s card is the showdown between Conor McGregor and Dustin Poirier. The brash Irishman McGregor has quickly become one of the most polarizing figures in MMA due to his ability to promote himself. Fans need only watch how McGregor captivated an entire arena against Diego Brandao as evidence that the man is what White calls, a “needle mover.” Looking to end the hype train once and for all is Poirier, who was on the cusp of a title shot before losing to Chan Sung Jung in a very entertaining fight. Poirier has become one of the most exciting fighters in the featherweight division and is guaranteed to put on a spectacular performance whether it’s his or his opponent’s hand being raised afterward.

But perhaps the fight that has the most questions surrounding it is the lightweight fight between Donald Cerrone and Eddie Alvarez. For newer UFC fans, Alvarez is an unknown, or at best known as the guy who was in the No. 2 promotion, Bellator. However, Alvarez is among the best in the 155-pound division and will no doubt be looking to prove it against Cerrone. Alvarez and his rival, Michael Chandler, put on some very entertaining scraps in their two meetings, and I’d fully expect Alvarez and Cerrone to deliver something very similar. Cerrone is one of the most popular fighters on the UFC roster, and like the aforementioned Poirier, he is a sure bet to put on a show. The same can be said of Alvarez. Fans know he’s not coming out to win by “wall and stall” or “lay and pray.” This fight has “Fight of the Year” written all over it.

It’s not Johnson’s fault that his flyweight title fight isn’t the most anticipated bout on UFC 178’s card. On a normal—well, normal for 2014—card for the UFC, he’d be among the only meaningful fights on the card. Instead, the flyweight champion finds himself on the outs once again. It’s been a constant struggle to have the flyweights recognized by MMA fans since the division was created. UFC 178 will give the 125-pound division’s proponents ammunition to say Johnson is a draw, but they’ll be disappointed when fans discuss UFC 178’s other action and make for an early exit if Johnson-Cariaso plays out like it’s supposed to.