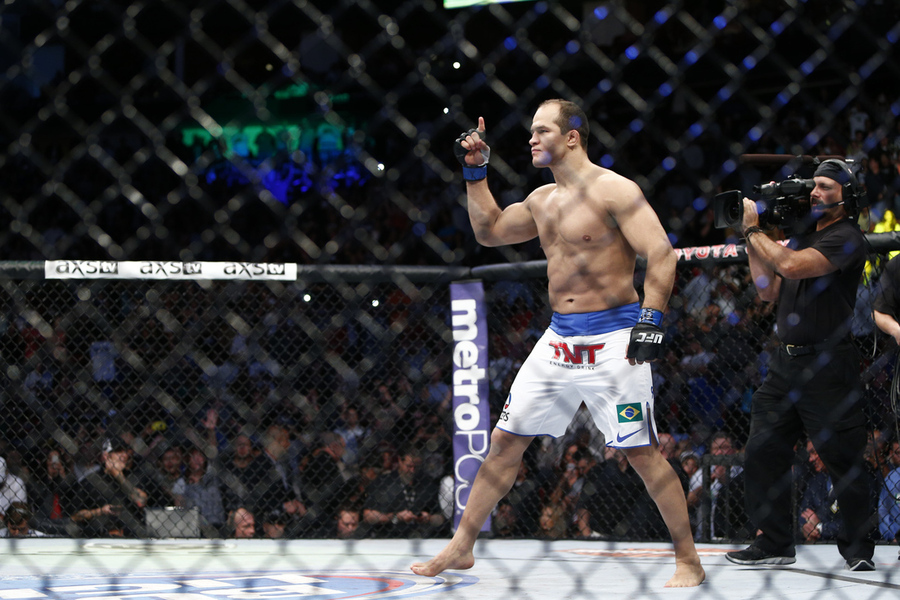 The UFC’s December visit to Phoenix has a headliner.

Former heavyweight champion Junior dos Santos will square off with Stipe Miocic at UFC on Fox 13 on Dec. 13 from the U.S. Airways Center.

The pair were originally expected to meet in May, but dos Santos suffered a broken hand just weeks before the bout.

Dos Santos has been out of action since UFC 166 last October. The Brazilian failed in his conquest to recapture the heavyweight strap from champion Cain Velasquez. Two of the 30-year-old’s three career losses have come against the champion. Twelve of his 16 career wins have come by way of strikes.

Miocic, meanwhile, rides the momentum of a three-fight winning streak into the contest. The 32-year-old former collegiate wrestler and baseball player cruised past Roy Nelson and Gabriel Gonzaga, before demolishing Fabio Maldonado in May when dos Santos was forced out of the their match-up. Like his foe, the majority of his wins have come via knockout, including three of his six Octagon wins.

In addition to the headlining affair, the event has also added two other heavyweight pairings. Former Strikeforce heavyweight title holder Alistair Overeem will look to bounce back from his knockout loss to Ben Rothwell at UFC Fight Night 50 when he squares off with towering Dutchman Stefan Struve. TUF alum Matt Mitrione will seek to build on the momentum of his first-round destruction of Derrick Lewis at UFC Fight Night 50 as he locks horns with former title challenger Gabriel Gonzaga.