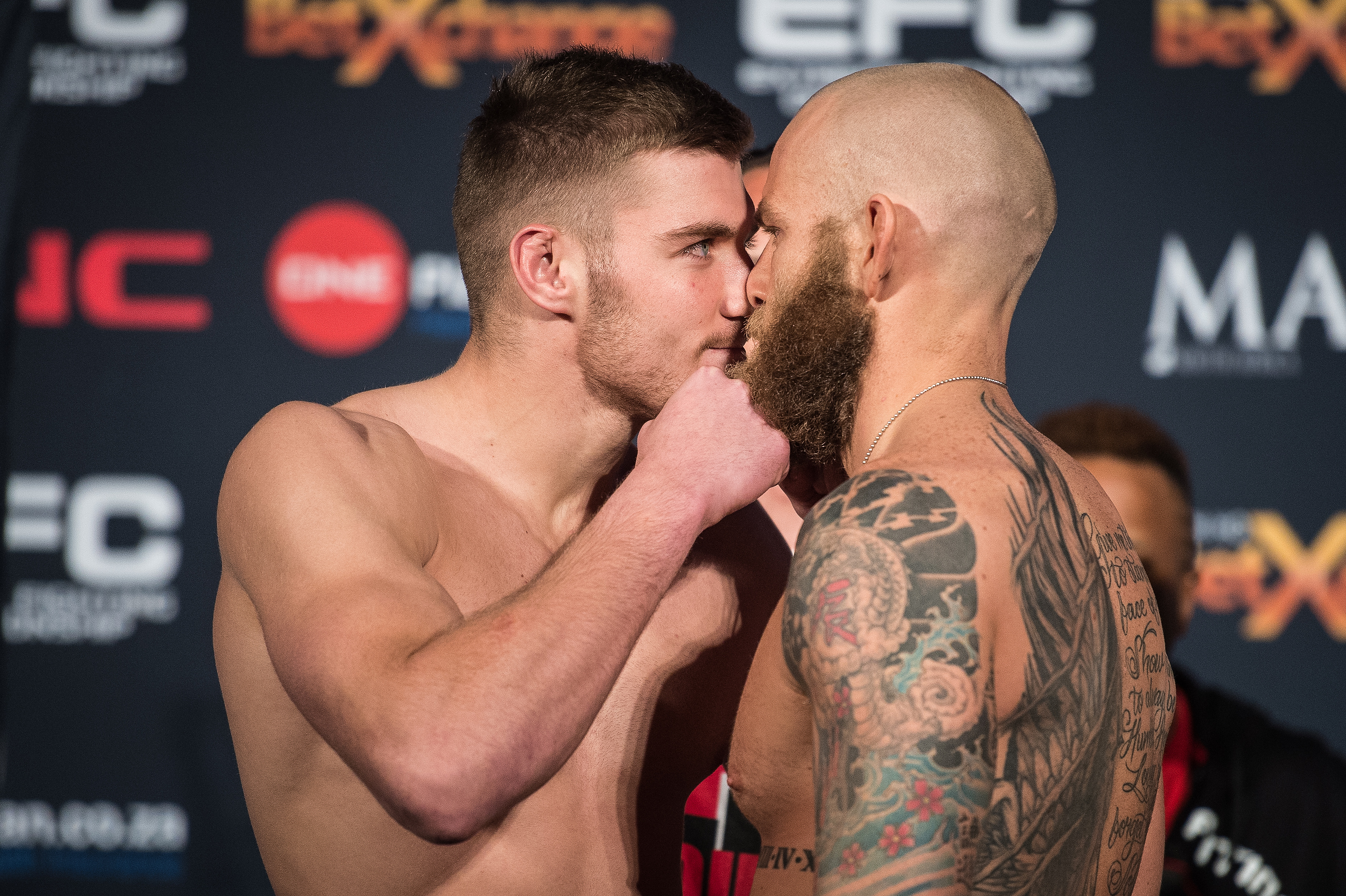 On Saturday, Aug. 30, EFC Africa will host its 33rd event from the Durban International Convention Centre in Durban, South Africa.

In the night’s main event, the promotion’s middleweight title will be on the line as two-time champion Garreth McLellan clashes with Dricus du Plessis.

McLellan first captured gold at EFC Africa 8 with a fourth-round submission win over Jacques Joubert, but dropped the belt in the same manner in his first defense to Jeremy Smith. Three wins later he exacted revenge by submitting Smith in the first round via rear-naked choke. He most recently defeated JP Kruger at EFC Africa 28.

The 20-year-old du Plessis has opened his MMA career with four straight wins. The striking specialist has managed to score two submission wins to complement his two stoppages by strikes.

Also on the card, Martin van Staden will take on the aforementioned Smith, but at welterweight. Both fighters will be looking to snap two-fight skids.

EFC Africa 33 airs live via online pay-per-view on the promotion’s website starting at 16:45 CAT. The main card follows at 20:00 CAT.

Below are the results of the weigh-ins for the event (all weights in kilograms).