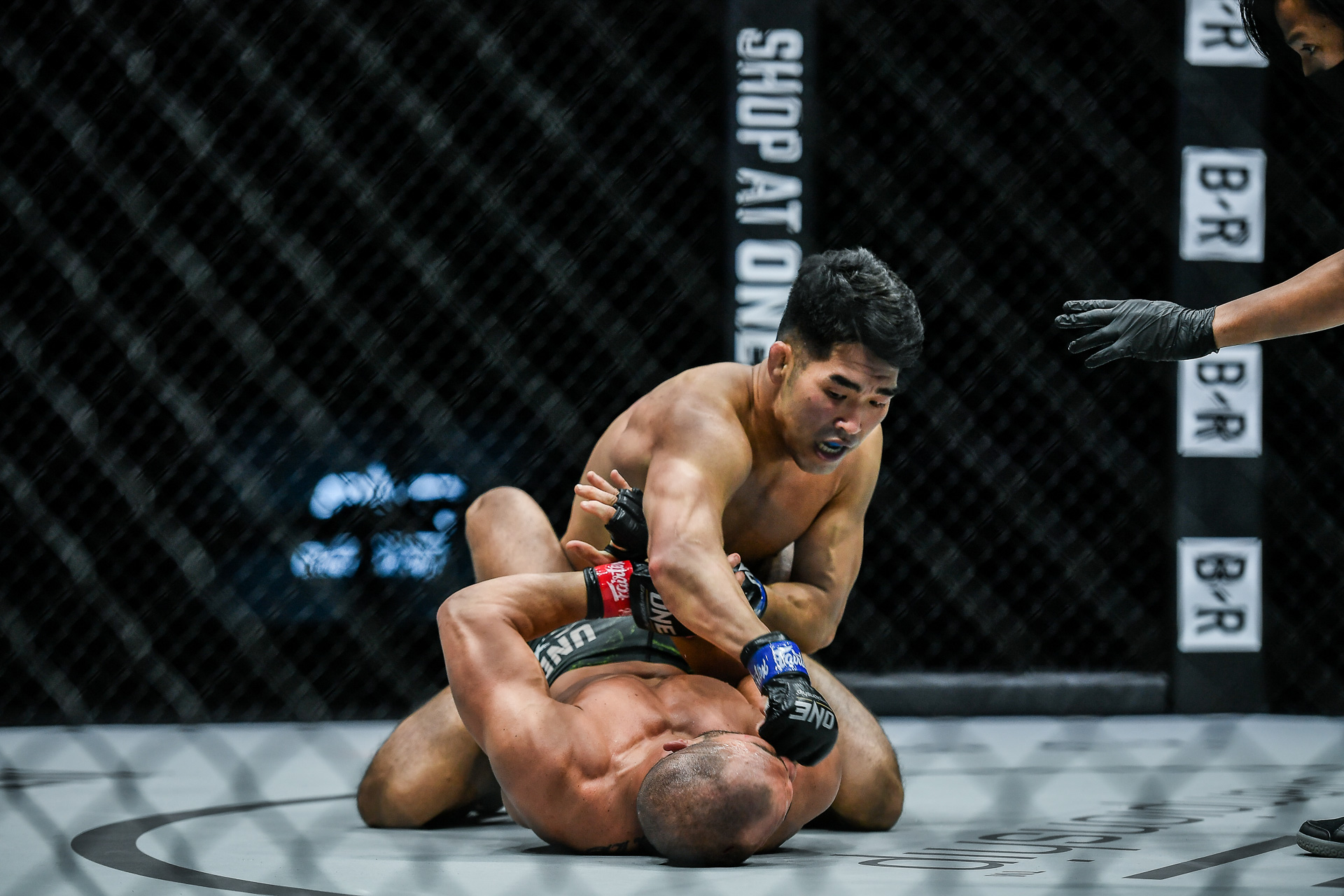 ONE 160: Ok vs. Lee II Preview and Predictions

ONE Championship puts on two fight cards this weekend, the first of which is ONE 160: Ok vs. Lee II. The event has two world title fights adorning the top of the card and will culminate with a rematch for the lightweight world title. Ok Rae Yoon won the lightweight belt in his last outing by dethroning Christian Lee via unanimous decision at ONE: Revolution in Sep. 2021. The pair meet again with the belt on the line, but, this time, it will be Ok walking to the cage last as the reigning champion.

The other title fight is in the featherweight division, where Thanh Le defends his belt against Tang Kai. Le needed just 56 seconds to make his last title defense when he fulfilled his pre-fight prediction by starching Garry Tonon at ONE: Lights Out. He has racked up five knockouts in a row on his current winning streak, and he takes on an equally hot Tang, who is on a nine-fight winning streak of his own.

Ok Rae Yoon won a close decision over Christian Lee in the pair’s first meeting to win the lightweight title; does the rematch play out the same way?

The pair’s first meeting was indeed very close. Had ONE Championship used the same 10-point-must scoring system that other MMA promotions use, the fight may have gone Christian Lee’s way. However, as the saying goes, if it were a fifth, we’d all be drunk. This fight will be quite different.

Lee will reclaim his title with an emphatic knockout. Ok has fared incredibly well recently on his journey to earn the lightweight belt. He notched wins over Won Bin Ki, Marat Gafurov, and Eddie Alvarez before defeating Lee. All of those wins came by decision. In total, 11 of his 16 wins have gone the distance. That should lead fans to believe that, the longer the fight goes, the higher the likelihood of the champion earning another decision win. However, that also gives Lee more time to connect with a big shot that closes the show.

After a competitive first few rounds, that continue where the first fight left off, a well-placed counter right hand from Lee will wobble the champion, and Lee will swarm before the referee is forced to step in and wave off the bout. Due to how close the fight was up until the end, the rubber match will definitely be coming in the near future for these two stalwarts to close out their rivalry.

Thanh Le is on a five fight winning streak, with all those wins coming by knockout; does he make it six finishes in a row by besting Tang Kai?

Yes, but it probably won’t come as quickly as his last victory over Garry Tonon. This is going to be an absolute slugfest from the opening bell. Both men come into the contest with 12 knockout wins on their resume. Don’t expect this to be any different, as both of these heavy-hitting fighters will do their best to make sure this fight doesn’t go past the opening frame.

Tang will land more than a few stiff punches on Le’s chin, but the Louisiana native will wear them well and return fire with his own power to do more damage than he receives. After Tang lands precisely he will see an opening to get the finish that isn’t really there and rush in, leaving himself vulnerable. Even at less than 100-percent, Le will have enough power to floor Tang and without giving him a chance to recover swarm in to earn the finish and retain his title.

It is always great to see ONE championship have fight cards that consist of bouts in multiple disciplines, as it gives traditional MMA fans the chance to see styles that they otherwise might not witness. Nothing stands out as much as the submission grappling bouts they put on. In that vein, the lightweight submission grappling bout between Renato Canuto and Tommy Langaker is a contest fans should be hearing more about. Canuto is a multiple time IBJJF world champion, and his skills will be on display in full force against Langaker. He will pick up a sensational submission victory before the contest comes to a close and it will be a treat for fans to see the highest level of grappling on display in its purest form.