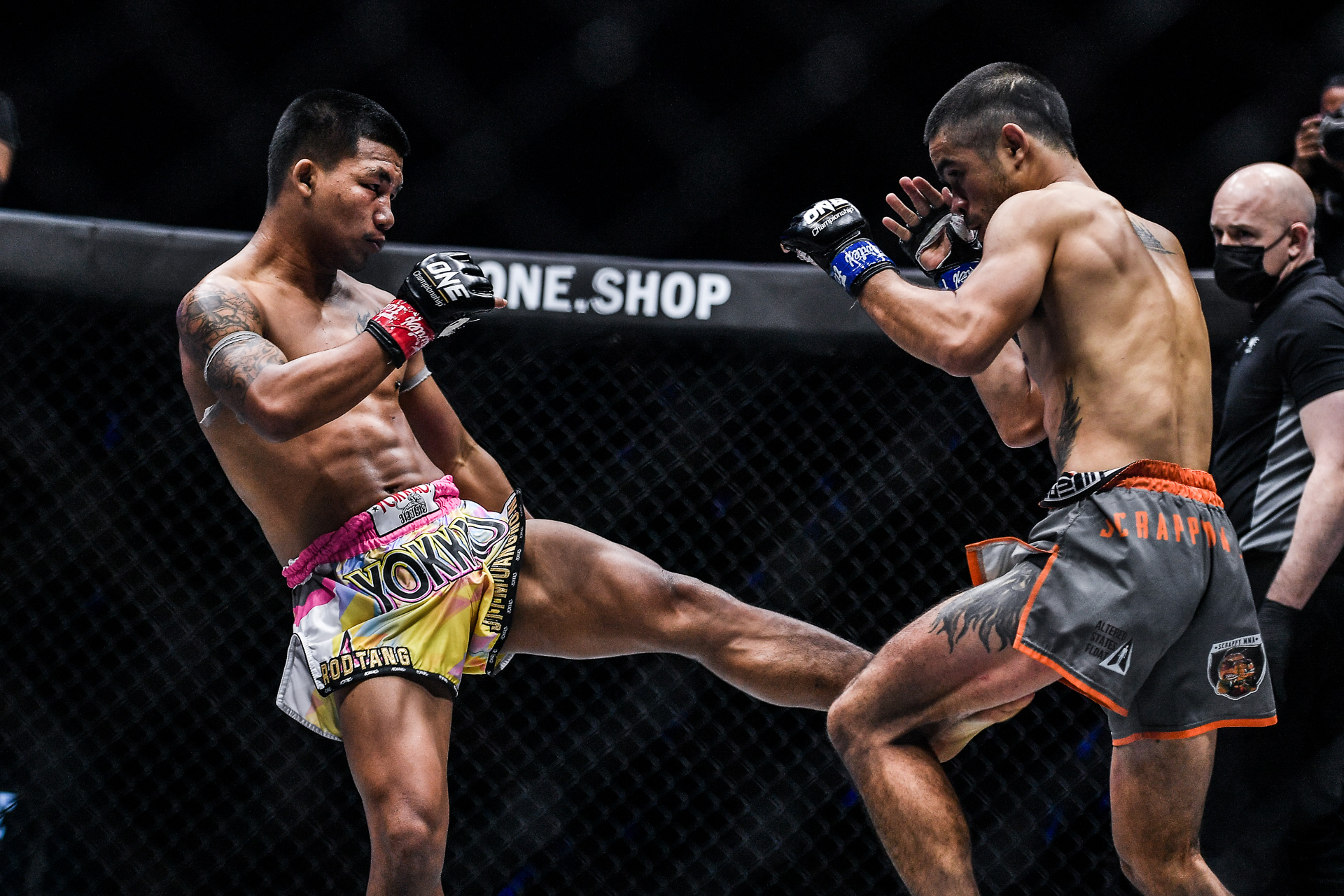 Rodtang Discusses His First Grand Prix Bout at ONE 157

ONE flyweight Muay Thai world champion Rodtang Jitmuangnon has been a beacon for the Muay Thai world for some time, and he’ll bring his light back to the ONE Championship Circle at ONE 157: Petchmorakot vs. Vienot on Friday, May 20.

The “Iron Man” will welcome England’s Jacob Smith to the global stage in the quarterfinals of the ONE flyweight Muay Thai grand prix that evening, with six more of the toughest strikers in the world competing on the same card to try and make it into the next round.

Rodtang has been divisional king for over two years now, but he has stayed continuously active during that time and has never shied away from a challenge. Be it switching to kickboxing or taking on a special rules super-fight, the Iron Man has proved his mettle time and time again. With the depth of experience that he holds over his upcoming opponent, the 24-year-old superstar would be forgiven if he were looking ahead to the semifinals. But, instead, he is completely focused on his upcoming opponent.

Although Smith has yet to step onto the global stage before, Rodtang is adamant he is among the best in the world.

“His weapons, especially his punches and kicks, are fierce,” Rodtang said. “He specializes in all forms of Muay Thai. I can’t underestimate him. He’s different from other foreigner Muay Thai fighters. He has an aggressive style, similar to mine. I have to be very careful. His Muay Thai techniques are very good. I think he’s as good as Jonathan Haggerty.”

The praise of the Brit is notable, and Rodtang is smart to be cautious right from the start of the tournament. Though his belt is not up for grabs, he still has a lot at stake. Each participant is competing for the grand prix’s coveted silver belt, but seven of the athletes are competing for something just as valuable.

Should the champion suffer defeat in any round, the eventual winner will be granted a shot at his gold at a later date, so Rodtang faces pressure to take the tournament crown and continue his dominance over the division at the same time.

Hungry contenders like Jonathan Haggerty and Walter Goncalves want their rematch with the Iron Man, while other rising stars are hunting for their first crack at the king. Ultimately, everyone is out for the striking sensation’s head, but he’s ready to take it one match at a time and not look at who may be in front of him.

Rodtang refuses to predict how the tournament will play out. However, with only one other Thai competing, he would like to see his country taking home the top prize.

“I think I’ll focus on fight by fight,” Rodtang said. “We cannot predict if we’ll face each other. Because, you know, every Grand Prix contestant is considered [among] the best of the division, We can underestimate no one. Let’s see if we can pass to the semifinal. However, whether Superlek or me make it to the final, the champion will still be Thai.”

Rodtang will meet Jacob Smith at ONE 157, which airs live and free on the ONE FC website starting at 5 a.m. ET.