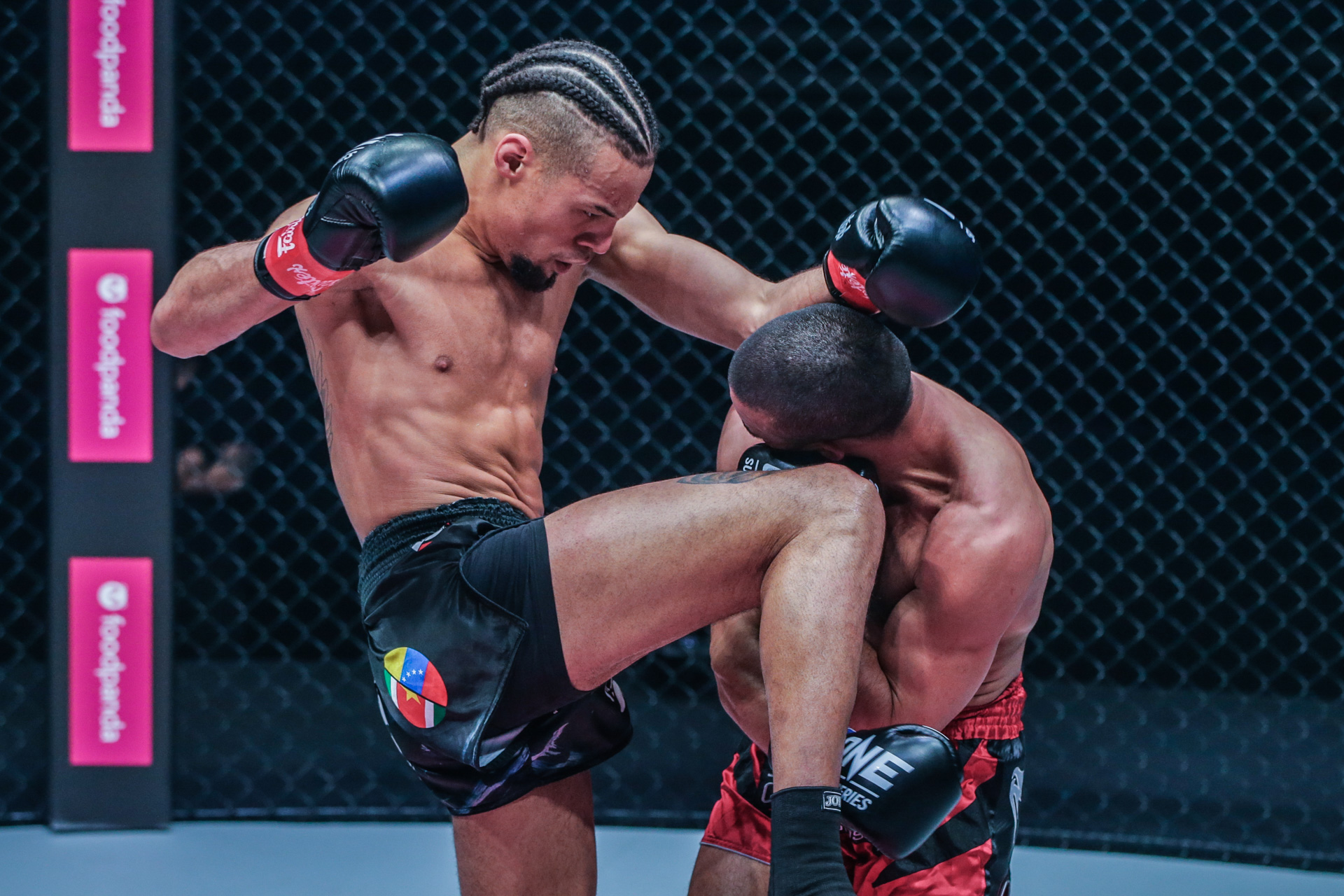 ONE 156: Eersel vs. Sadikovic Preview and Predictions

After a monumental tenth-anniversary show at ONE X, ONE Championship returns from a month-long hiatus with ONE 156: Eersel vs. Sadikovic. Sitting atop the fight card is a lightweight kickboxing title fight as Regian Eersel looks to defend his belt against Arian Sadikovic. Sadikovic made a successful promotional debut in Dec. 2021 with a unanimous decision victory over Mustapha Haida. Eersel is currently the number-one ranked welterweight kickboxer according to Combat Press. He needs to retain his title if he wants to hold onto that number-one spot across all promotions.

The co-main event will see a new champion crowned as Smilla Sundell takes on Jackie Buntan for the inaugural strawweight Muay Thai championship. Sundell made her ONE debut in February and the 17-year-old made waves with a late stoppage win. Buntan last fought in Sept. 2021 when she notched her third consecutive win since signing with ONE. These two strawweights will bring the action as soon as the fight starts as they vie for the belt.

ONE 156: Eersel vs. Sadikovic will take place on Apr. 22 inside the Singapore Indoor Stadium. Coverage begins on ONE’s website at 5 a.m. ET and can also be seen on ONE’s Facebook account and YouTube channel. The main card will stay on ONE’s website beginning at 8:30 a.m. ET.

Surinamese-Dutch kickboxer Regian Eersel attempts to make the fourth defense of his lightweight championship; does he find success over German challenger Arian Sadikovic?

Regian Eersel is a flat-out monster. He has won 18 consecutive fights and is just entering his physical prime at 29 years old. Arian Sadikovic is surely a worthy opponent but this fight should go Eersel’s way. The one key to success for Eersel has to be avoiding the body work of Sadikovic. That is certainly easier said than done, but as long as Eersel can deflect a bulk of the hooks to the body and body kicks of Sadikovic, he should be able to get his hand raised in a lopsided decision.

Early on in the fight expect Eersel to be defensive minded, preferring to reign in his offensive output to let Sadikovic drain his gas tank early, before he opens up with extended combinations of his own. By the second round, Sadikovic will slow down a bit after exerting a ton of energy in the opening frame. That is when Eersel will take over and land damaging strikes. Towards the tail end of the fight, the sheer volume out of Eersel will have turned Sadikovic into an almost stationary target. He may not get the stoppage win, but there will be no doubt who deserves the win by the time the final bell sounds. This will certainly be a successful title defense for Eersel, and he will go on to have many more defenses before his reign as champion ends.

Smilla Sundell meets Jackie Buntan for the inaugural strawweight Muay Thai championship in the co-main event; which woman walks away with the belt?

Smilla Sundell is just 17 years old and won her debut with ONE two months ago with a third-round TKO victory over a very durable Diandra Martin. Her opponent Jackie Buntan has also had an impressive career inside ONE, notching three decision victories in her three fights with the promotion. This fight should be a fast-paced, high-volume affair, but, ultimately, the teenager will get the job done and have the belt wrapped around her waist. The difference won’t be in the number of strikes she lands, but the impact that those strikes have on Buntan. Expect Sundell to utilize better head movement and boxing defense to catch a lot more strikes on the gloves than Buntan, so that, by the third round, despite the numbers looking relatively close, it is clear that Buntan has taken more damage. A late surge by Sundell will force Buntan to the canvas, and she will win the contest by a wide margin.

Bokang Masunyane puts his undefeated record on the line against UFC veteran Jarred Brooks in a men’s strawweight bout; does the South African fighter get his hand raised and stay unbeaten?

Bokang Masunyane is 2-0 in ONE Championship, and his last victory came via head kick just 37 seconds into the fight. He is a young fighter who improves each time he enters the cage. This fight against Jarred Brooks will be his toughest test to date. Brooks is easily one of the most underrated fighters in the sport today. He has just two career losses, one of them via split decision to current UFC flyweight champion Deivison Figueiredo, and the other was TKO loss to Jose Torres after Brooks hit his head trying to slam Torres. This fight will prove to be too much too soon for Masunyane, and he will taste defeat for the first time in his career, but it will be a close contest where Brooks relies on his veteran savvy to secure a unanimous decision victory.

The atomweight Muay Thai bout between Anissa Meksen and Marie Ruumet. Meksen’s trilogy against Tiffany Van Soest is one of the best women’s trilogies in all of combat sports. It is always exciting to see atomweights fight, as they are able to maintain an unparalleled pace throughout the duration of a contest. This fight should be nonstop action from start to finish, with both a plethora of offense and stellar defense on display.