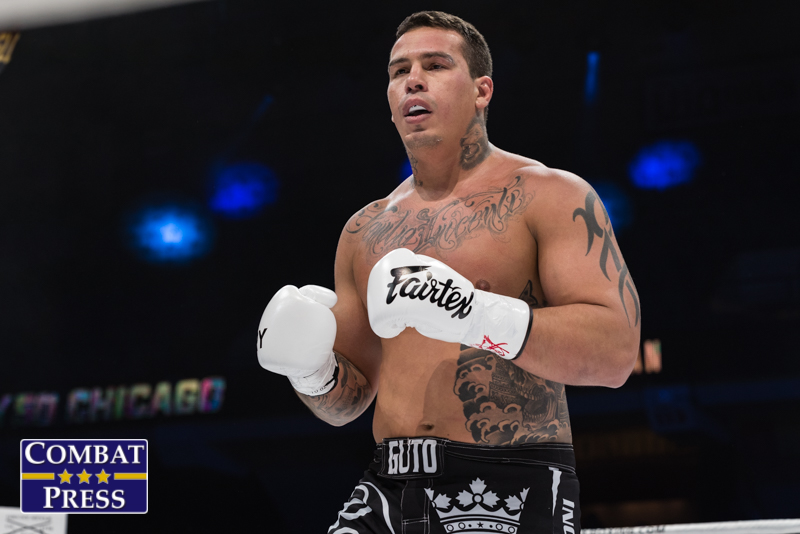 Guto Inocente to Debut with ONE Championship at ‘Full Circle’ on Feb. 25

Combat Press recently confirmed with sources that 35-year-old veteran kickboxer and mixed martial artist Guto Inocente has signed with ONE Championship. He will be making his promotional debut at ONE Championship: Full Circle on Friday, Feb. 25.

Inocente, who holds black belts in both kickboxing and Brazilian jiu-jitsu, last fought in July 2021, when he won the vacant Nação Cyborg heavyweight MMA title by first-round TKO. It was his second first-round TKO win for the promotion in just two months. The NC title was his fourth pro MMA title in his 16-year career. It brought his record to 10-6. However, ONE has different plans for Inocente.

When Inocente walks into the ONE Circle, the Brazilian vet will be entering in a kickboxing capacity. This is where he has spent the bulk of his fighting career. His pro kickboxing record stands at 38-9 with 17 knockouts, and he holds numerous WGP and WAKO titles.

Inocente last entered the kickboxing ring in Nov. 2019, when he defended his WGP Kickboxing super heavyweight title for the second time in a row. This came after an almost three-year stint with GLORY Kickboxing, which included an unsuccessful title challenge against Rico Verhoeven in Sep. 2018.

ONE Championship has been loading up their kickboxing divisions as of late, and Inocente will make a nice addition to the heavyweights, where Rade Opačić has been running through opponents over the last year.

ONE Championship: Full Circle is currently set to air live on Friday, Feb. 25 at 7:30 a.m. ET. While the card has not yet been released, fans will definitely want to tune in to see Inocente move into the next stage of his career, as he attempts to make a run at the still-vacant ONE heavyweight kickboxing title.